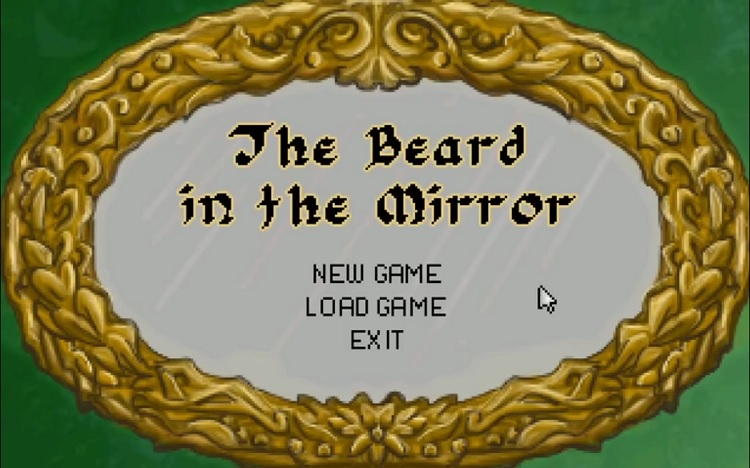 I was fortunate enough to grow up during the era in which gaming began to rapidly grow. I spent most of my time playing Atari 2600 and Nintendo NES — although one of my best gaming memories came from PC gaming. On certain days I ended up attending an after-school study program while I waited for my parents to pick me up. It was mostly meant to act as a study hall to get homework done, but once I had finished with my homework I was given the chance to mess around on some of the PCs in the computer lab. It was there that I discovered a game called King’s Quest, and developed an adoration for point-and-click adventure games. I’ve always had an attachment to puzzle games, so the mixture of mind-bending and storytelling really captured my attention. Fast-forward to the modern age and we’ve seen a lot of point-and-click style adventure games. Telltale Games has done a fantastic job revitalizing this genre with their Walking Dead franchise. Unfortunately, a lot of these games lack the same wonder and puzzle-solving that made their predecessors so entertaining. Oh, a Rock! Studios is hoping to remedy that with their newest release The Beard in the Mirror.

You’ll take control of Paul, a 22-year-old struggling to find a sense of purpose in life. Fresh out of college, Paul is stuck grinding away at a dead-end job he doesn’t enjoy. An empty apartment is his home, and there are moments when Paul feels very alone in the world. All of that changes during a dark and mysterious night, when an unfamiliar woman beckons to him from his bedside. Paul is thrown into headfirst into a mystical land, filled with curious characters and elaborate puzzles. From there, you’ll embark on a journey filled with danger, romance, adventure, and a sweet yet lighthearted storyline. 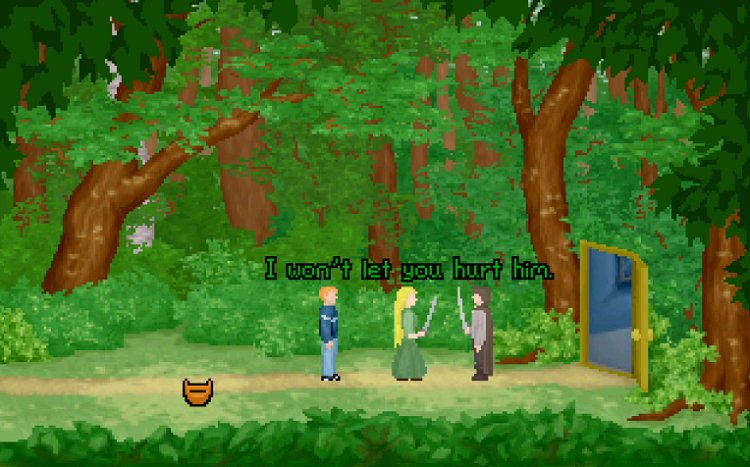 Visually, The Beard in the Mirror is a throwback to retro point-and-click adventures. This adds a nice layer of charm, and should evoke strong feelings of nostalgia for any of you who played these types of games in the past. Each character is very pixelated, and almost lacking in facial expressions. Strong feelings and tones are shown through the dialogue rather than visual effects. The environments and interactive objects have a heavy retro feel as well. Some objects feature sharper edges and a lot more detail, but for the most part it feels as if you’ve stepped back into the early 1990s. There are many scenes and areas to discover, each with their own unique setting and theme.

The gameplay for The Beard in the Mirror is simplistic, but challenging at times from a puzzle perspective. Moving and navigating is as simple as clicking the screen. You can interact with NPCs, investigate areas, and place objects into your inventory. Some puzzles can end up stumping you for a good amount of time, and sometimes you’ll find yourself at a complete loss on where to go or what to do. Thankfully, things aren’t too difficult, and after some thought and reflection you’ll find yourself cruising further along in your journey. The development team did a great job in providing brain teasers that look and feel like puzzles from yesteryear.

The Beard in the Mirror is a great homage to retro point-and-click adventures, and a wonderful addition to the genre. It’s got a solid storyline and some rather quirky humor. Oh, a Rock! Studios are the same creative minds that brought us the crazy visual novel Cat President ~A More Purrfect Union~. You can grab The Beard in the Mirror right now on Steam for $11.99. If you’re interested in getting more information regarding this release, be sure to check out the dedicated website here. You can also follow the developer on Twitter, Facebook, and Youtube.

Tags: indie, point-and-click, The Beard in the MIrror