Imagine an alternate 20th century where war was waged without gunpowder in a trial-by-combat in the arena. Battlecry Studio’s eponymous Battlecry is their take on a 3rd-person combat multiplayer experience due to slash its way onto PC sometime next year.

The game is set in an alternate timeline where a massive world war caused the surviving nations to ban gunpowder and enter an age of industrial innovation called the Pansophic Revolution. Any international disagreements and grievances are settled in a gladiator-esque arena where a team of champions (you) are pitted against another. The victor is the side still breathing.

One of the first aspects of Battlecry that caught my eye at E3 this year was its artistic visual style. To me, it’s reminiscent of a steampunk-inspired imperial age in which all of the characters feature bright uniforms with quirky details such as the Royal Marine Brawler; sporting a metal arm and sweet mustache. The environments are as colorful as the characters with an interesting combination of realistic foregrounds with surrealistic skies and horizons.

“This was intended to represent the effects of adrenaline racing through someone’s body before and during combat”, our presenter explained in a E3-weary voice, “we wanted to show that some things like the sun and sky take on a dream-like quality in this state”. Battlecry looks pretty, but unfortunately failed to impress many with its gameplay, myself included. 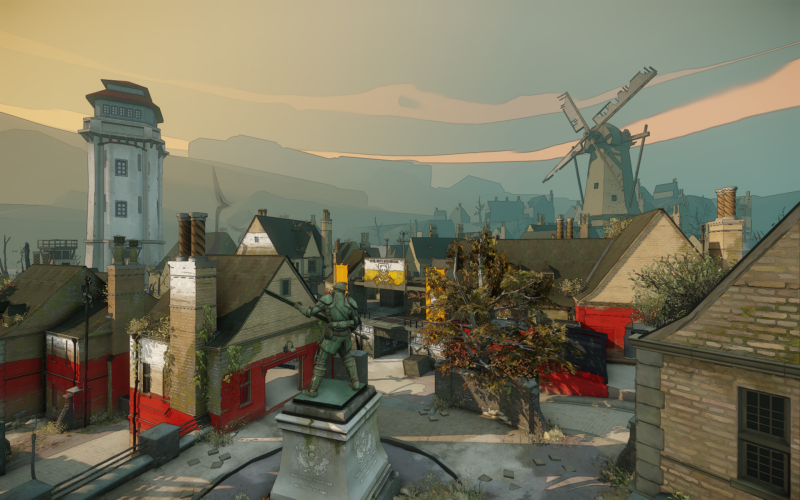 The E3 demo showcased three classes available to the players: the enforcer, duelist, and tech-archer. Representing the classic strength, finesse, and ranged triangle, the classes have distinct playing styles that contribute to the team’s performance. Common to all classes however is an ‘adrenaline’ meter which is generated by dealing damage. When full, the player can unleash a game-changing boost to damage and speed in order to tip the odds of the battle in their team’s favor. After a brief overview of the three available classes, our presenter proceeded to offer an underwhelming amount of insight on the classes.

The Enforcer is the classic giant-sword wielding tank who successful teams revolve around in the melee. Naturally, he’s the one with the highest armor and health but he also sports the ability to quickly change from an offensive to defensive style by reconfiguring his sword into a cool blade-shield. Much to my chagrin, these few tidbits of information were gleaned off the samples of gameplay that we saw onscreen.

The Duelist is the archtypical rogue of Battlecry where subtlety and massive bursts of surprise damage with a foil and dagger are the classes mainstay. The class is fast, nimble, and able to temporarily cloak for crucial sneak attacks. Duelists possess a significantly smaller amount of armor than the Enforcer which relegates this class to picking off targets of opportunity when alone (like another Duelist or Tech-Archer) or rapidly burning down more hardy foes.

The Tech-Archer offers long-range support by shooting volleys of arrows at a time to soften up and harass the opposing team. The class also features short-range throwing knives that can be loosed faster than the bow and is useful for when a melee-oriented enemy is rapidly closing the distance. Not much else was divulged by our presenter, but the tactician in me would suspect that this role is best utilized to defend choke-points with their fire and act as skirmishers to soften up the enemy’s Enforcers and Brawlers.

The gameplay footage that was displayed onscreen didn’t do much to inspire us in the audience. Despite the intended differences, all of the character classes were fast, able to double jump and swing from grapple lines that made the physics engine look loose. The combat looked frantic, but unimaginative. The stylistic whirling of giant swords and arrows immediately made me think of the chaotic Star Wars Jedi Knight: Jedi Academy and the melee/ranged fighting of Unreal Championship 2. That’s not to say that those titles were no fun, but these titles are now ten years old and feature the same kind of frenetic class-based team combat as Battlecry. 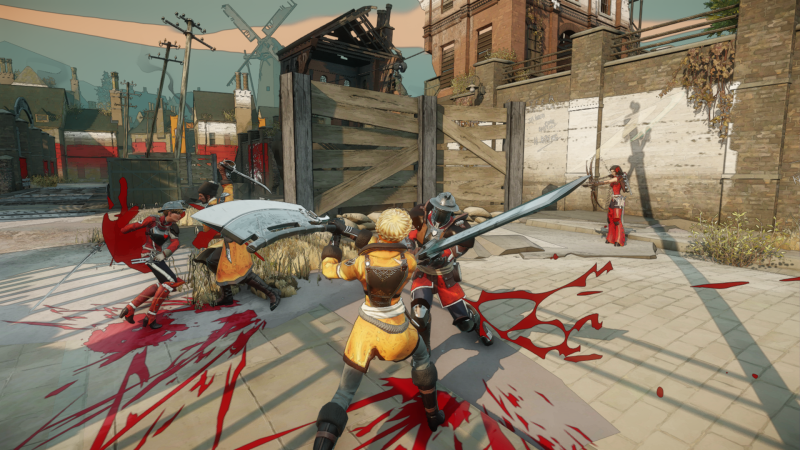 Our presenter wrapped his demo with the promise of unveiling two other classes: the Brawler, and Gadgeteer in the near future along with class progression/customization, which we punctuated with a polite round of applause. Battlecry undeniably has a nice aesthetic that blends the characters and environment in a unique way, but I felt that at this point of development, the game mechanics have fallen by the wayside in favor of developing a distinct visual style. As I surveyed the room, I could sense that my concerns were shared by my peers.

Perhaps I’m being a little too critical of a game that is intended to go free-to-play and is still in pre-beta. But I can’t shake the feeling that Battlecry is going to boil down to be a Team Fortress with an emphasis on hand-to-hand combat. Again, there is nothing intrinsically bad about that. But when compared to the other Bethesda-published game The Evil Within that was also featured at E3 this year, Battlecry is at risk of fading into obscurity.

There is still time for the developers at Battlecry Studios to continue to refine their namesake product, but I feel that there is much to be done with the physics and combat to make Battlecry a title that will succeed on the digital marketplace.