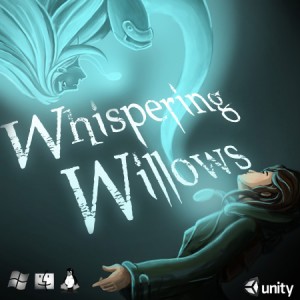 Whispering Willows: The Journey of an Indie Game

This past May a new horror-puzzle game launched the first of four chapters onto the OUYA. Today that game’s final chapter released with its PC version debuting in less than a month away. A successful Kickstarter, and this year’s winner of the Seattle Indie Gaming Competition, Whispering Willows had already won awards long before the game had even launched. In 2013 it won the Cerebral Indie Developer Grant and was a finalist of the 2013 Captivate Conference Game Design Competition. Whispering Willows also won “Most Immersive” and was a finalist for both the “Grand Prize” and “Best Visuals” at OUYA’s CREATE Game Jam last year as well.

Recently I was able to personally speak with one of the creators of Whispering Willows, Kyle Holmquist. During our interview Holmquist was able to shed some light on the journey of creating a video game and watching it come to fruition.

What is your role with Whispering Willows?

I’m the writer and narrative designer. All of the text in the game, I wrote it. The whole back story and everything that the art is based on I did. The narrative design is kind of the smaller set of goals between all of the large goals to where the player has to complete to progress through the game.

Tell us about Whispering Willows a bit.

Absolutely. Basically it’s about a little girl named Elena, who has lost her father. He’s gone missing and she has this premonition dream that he’s been captured and so she goes to where he used to work, the Willows Mansion, to find him. It’s all about using the ancestral powers that the girl has of astral projection to speak with ghosts and solve little puzzles and get through the mansion to find your father. When you’re speaking with ghosts your kind of helping them resolve some of their past conflict, some of their unfinished business, a little bit. It’s not all of that but it’s a good mix. And so you’re on the Willows mansion grounds and we have some amazing art because all of our graphics are hand painted 2d by our 2-dimensional artists and it looks amazing; and the music is really awesome by our music guy, Steve Goldshine, and it’s just an interesting kind cerebral experience playing it. 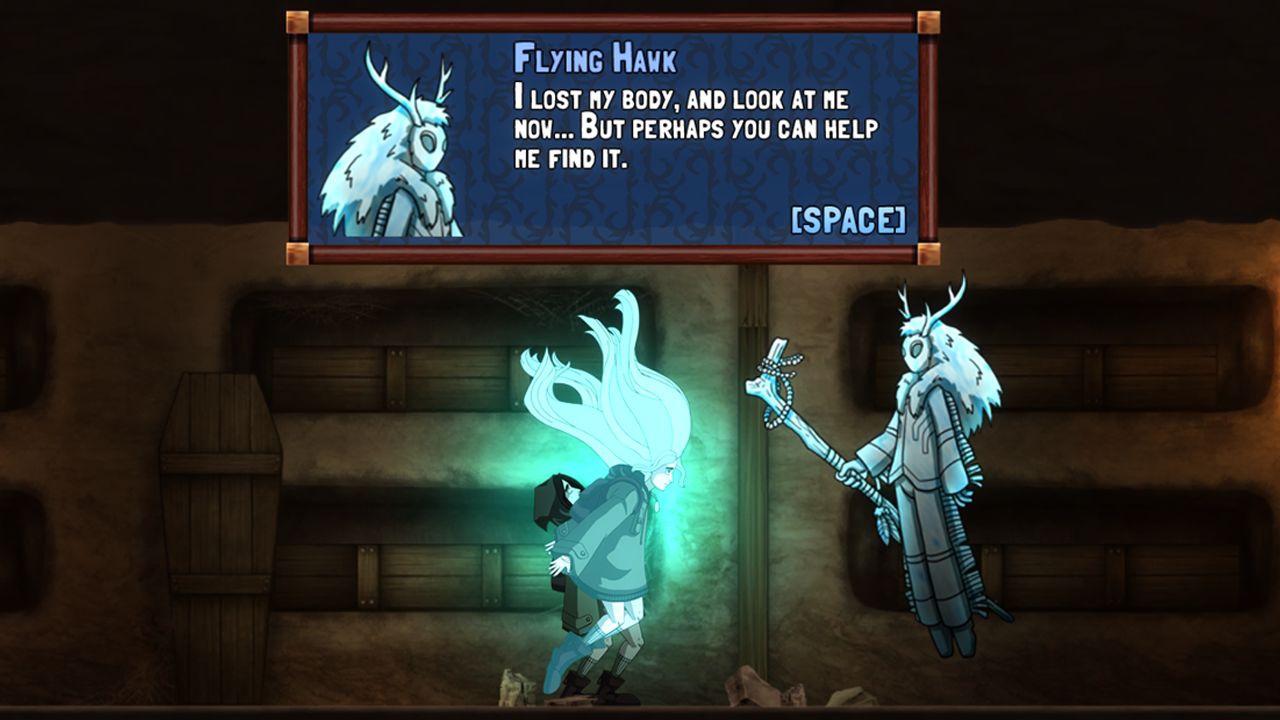 What inspired you to write the story behind it?

It was actually kind of a progressive thing. It initially started when I started talking to my producer and founder of our company, David Logan, about this game mechanic idea that he had, kinda playing as a ghost; and so we talked about and refined the mechanic and then started coming up with a story for it and got a group together and that furthers the story progression. It’s mainly me coming up with stuff but I’m also asking my team what they like and what they think about certain things. Game design is a very cooperative experience usually.

Can you tell me about the team that you work with?

Yeah, it actually started out mainly with a bunch of people that I went to school with at CSU Chico. We were all in this program called applied computer graphics and they do video game 3d animation stuff; and we were all interested in various realms of video games. We were all in the LA area and my producer kinda just started talking to different people whose work that he liked and were in the area and we got our team together like that! 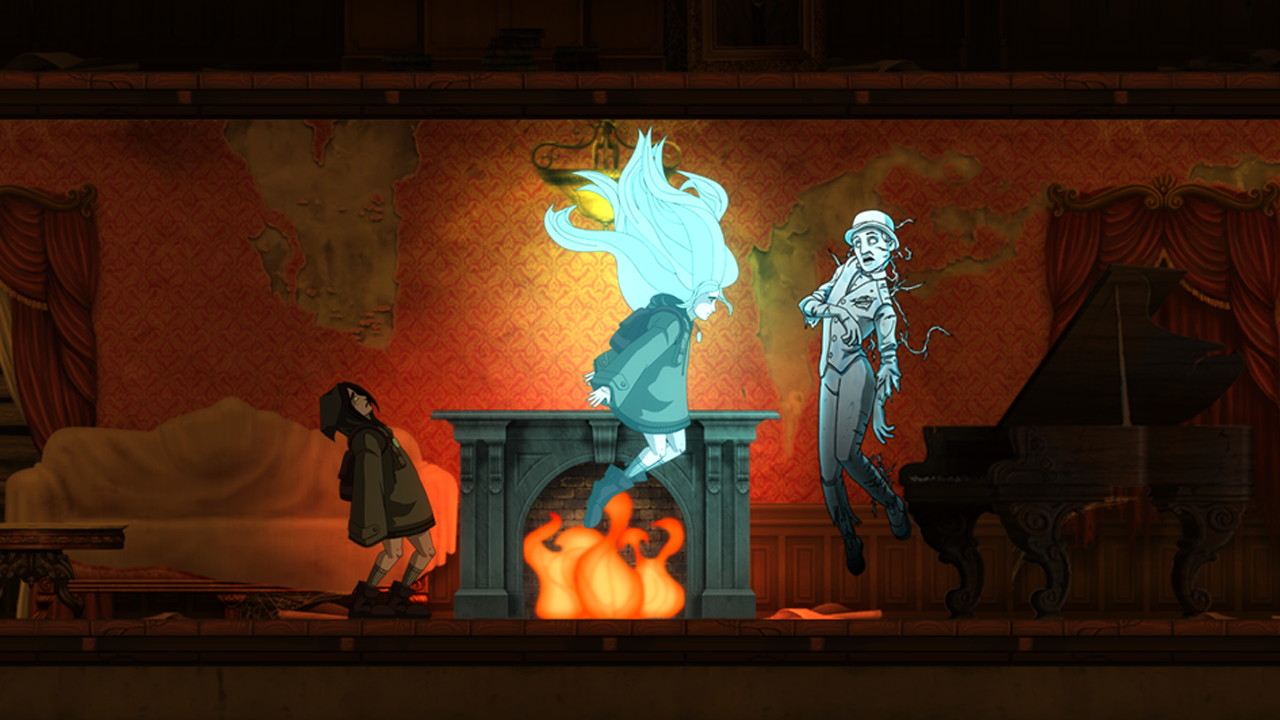 Well its a great way to get funding. Its hard to get investment in a random project as an indie developer, so that was one of the best ways. The cool thing about digital is that since that your not making physical products the distribution is cheaper and you’re not losing money. You can get a bunch of people who buy the game for less money and you’re still doing fine because it’s that initial funding.

How long has Night Light Interactive been around?

We started Night Light when we started this project basically. Once we had a game idea in mind and it seemed like it was going well, that we were actually going to produce something, you kinda have to worry about actually making a legal way of making money otherwise its not very kosher with the government to just sell a product and not give up any part of it.

When did you get into game development?

I got into game development I guess kinda in high school. I taught myself how to program a little bit on my TI83 graphing calculator ’cause I was interested in game programing and game design, and I did that a little bit and did a little bit of programming after that; but I didn’t really start getting into actual game development until I was in like college at Chico State. I was in some classes and some internship programs that produced games.

What have been some of the greatest obstacles for Whispering Willows?

Funding. Funding was a huge obstacle. Nobody really likes to work for free of course. We all kinda started this project as an endeavor to increase our portfolio regardless of any moneys we would gain from it. Just organizing those people, getting a project together and doing all of that is a big undertaking. Luckily we had our producer whose a producer in animations and games for a company called Animax and so he was very experienced and he was able to wrangle that really well luckily. So we’ve actually not had any horrible hurdles thus far other than funding. 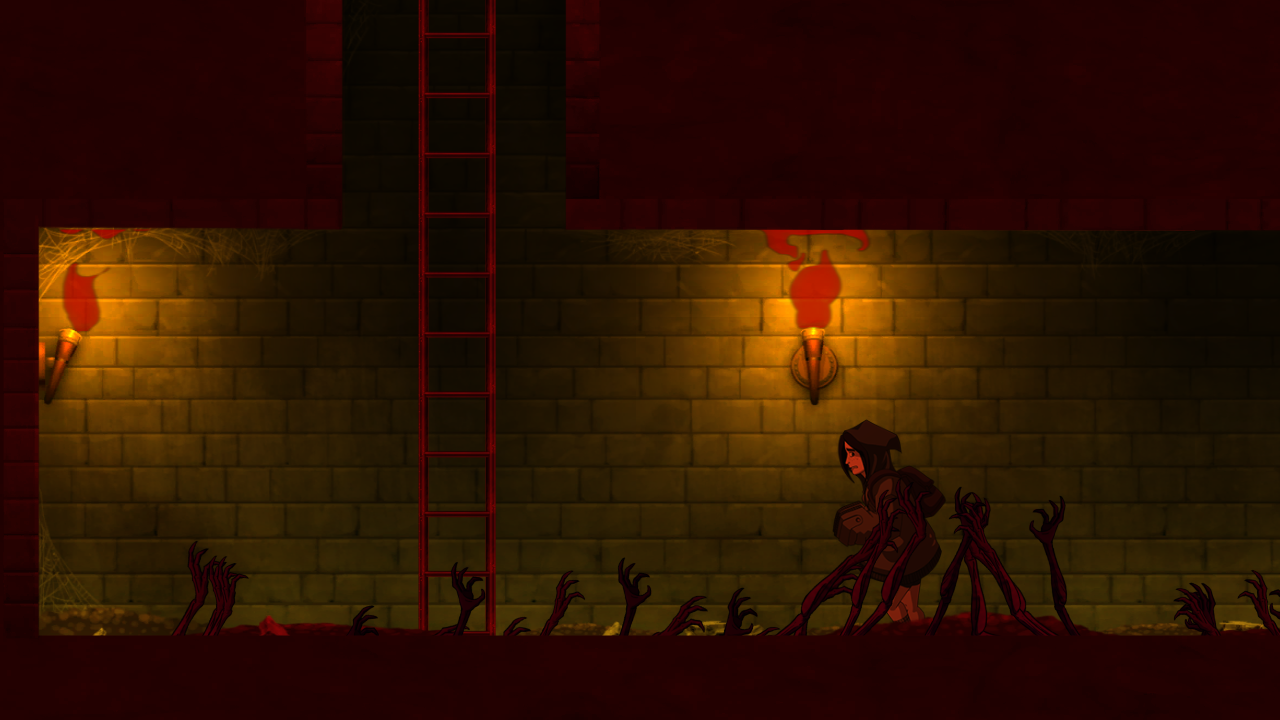 Do you have any advice for aspiring developers?

Uh, Yeah. Start now! I wish that when I was in college that I was just, you know, making games all the time. If you get a good group of people together like we’ve managed to do, people that you’re friendly with, people that you trust really well for their work and their commitment, but if you get the right people together and the right idea you can make a successful product.

Where do you think Whispering Willows will go from here?

I don’t know. I’d really like to see it do well in reviews and stuff it’d be awesome to see it get a good meta score or something like that. We will be launching  it on steam on June 17th so once that actually comes out that’s when we’ll get the real taste for what people think of the game over all.

Does Night Light Interactive have any future plans for a next project?

We’d like to. It really depends on how well this game does because if it does well the hope is that we will be able to fund ourselves for another project and actually pay ourselves while we work and have full time game development jobs. so depending on how much money we have we can tailor our choices as far as what game we want to make towards what our funding is and what our resources are, stuff like that. Because certain games take longer to make and certain ones are shorter, maybe we can put it together real quick and allow that to garner us a little more funding for large scale projects in the future.

Whispering Willows released for the OUYA this past May with its 4th and final chapter debuting today, June 17th. The full game will be available to purchase for Windows, Linux and Mac through Steam for just $15.00 starting July 9th. A Special edition is also available for $25.00 and includes the soundtrack, a digital art book, and a wallpaper.

Gaming since I can remember. FPS and RPGs are my go-to genres but who doesn't like a little bit of Mario and Sonic every now and then?