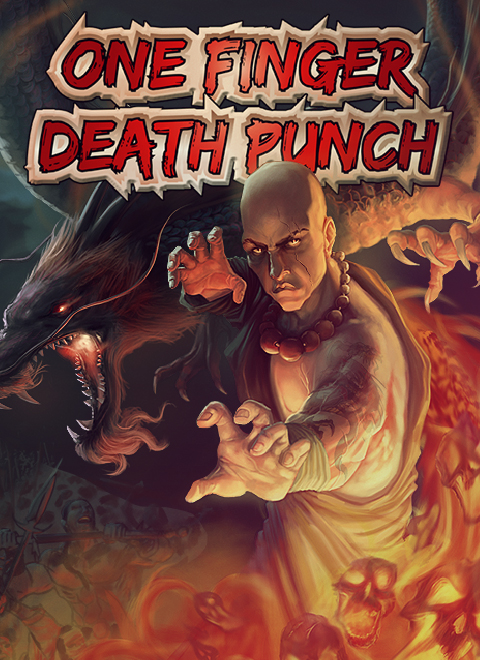 You Should Play One Finger Death Punch

I feel as though it’s not a stretch to assume that many of us have fond memories of our younger days, especially watching high-octane anime or martial arts movies (or Power Rangers, depends on your decade), and quietly re-enacting as many of those fight scenes as you could at any moment you could do so while avoiding the swift judgment of your peers (or parents). While many a game has sought to recreate the no-holds-barred, toss-the-story-to-the-wind styled fair, but it often gets mired in hamfisted storytelling or complicated controls that end up detracting from the experience more often than not.

And then I found One Finger Death Punch, and everything changed.

Now this is a little different, One Finger Death Punch technically released back in September last year. But, I caught wind of it just as it released on Steam last week, and became immediately interested. I went ahead and procured myself a copy, and immediately lost somewhere between five and seven hours of my time, I really can’t be sure.

The idea of One Finger Death Punch is simple. You play as the archetypal martial arts protagonist, quickly dispatching endless swaths of enemies, acquiring weapons, using special skills, and generally wreaking intense havoc. But what Silver Dollar Games has done with the experience at large is what really deserves attention: all the controls in the game have been designed to be played with a single finger. 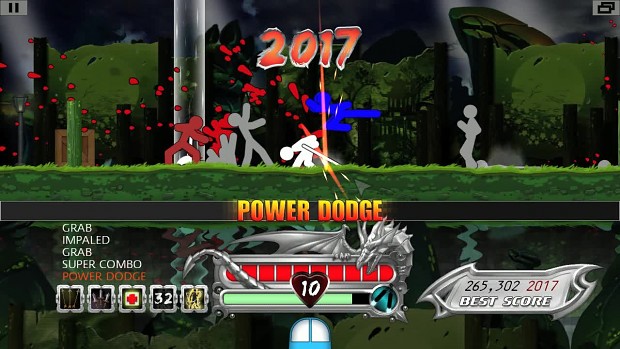 The simple control mechanic is complemented by a similarly simple gameplay style. Your character stands in the center of the screen. You are unable to move manually. Enemies approach from both directions. Upon entering attack range (designated by two bars below your character), simply clicking the appropriate mouse button (or keyboard key, depending on your preference) will move to that character and attack. Click a button when no enemy is in range, and you “miss”, conducting an attack that does no damage and has a long recovery time, opening you up to take damage from the many enemies plotting your demise. Similarly, failing to respond to an enemy entering your range in time also allows them to attack. Run out of life points, and it’s game over.

While this single mechanic could quickly grow stale, the action is varied with a number of enemy types, enhancing abilities, weapons, and game types. While standard gray enemies are dispatched with a single click, differently colored enemies might require more than one click, or will dodge to your other side, requiring clicks in multiple directions to kill efficiently. The required attacks are also indicated by the meters of health and numbers below them. Some enemies carry weapons, which have a chance to be recovered and used for a limited period of time, extending your available attack range. Special enemies called Brawlers begins a small mini-game form of combat that involves clicking a series of buttons before they fall away do defeat your enemy—any misclicks result in damage. 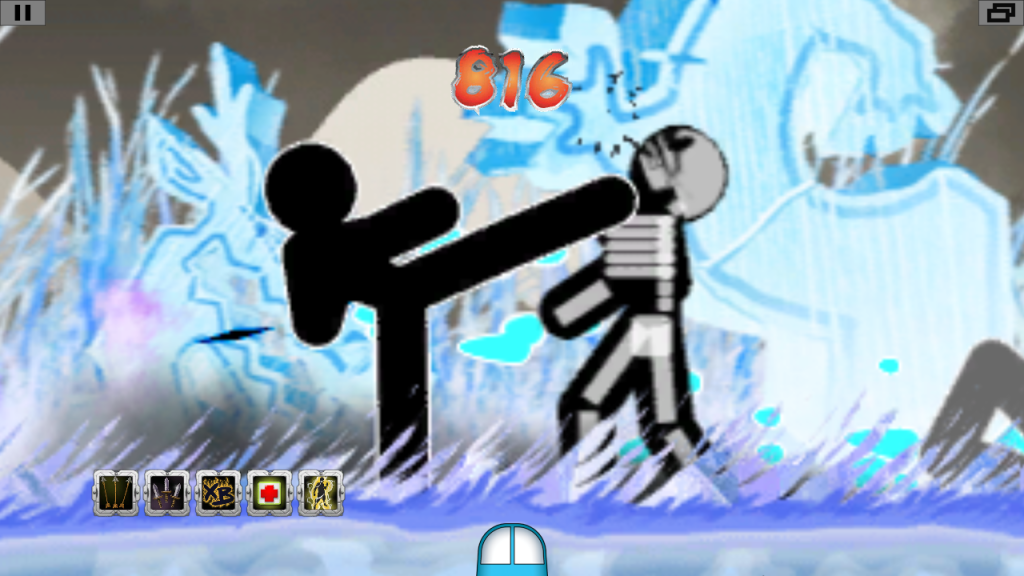 Most stages are labelled Mob Rounds, you are given a set amount of health and a number of enemies to be killed. Stay alive and make sure your enemies don’t to succeed. Speed Rounds task you with killing a number of enemies in a limited time (all enemies also approach much faster). Light Sword and Nunchaku Rounds give a weapon with unlimited durability and faster-moving enemies. Thunderstorm and Retro Film Rounds mask enemy colors, requiring you to watch their meters instead of relying on their colors to know how to engage them properly. Defender rounds give you one health and enemies that exclusively throw daggers (Dagger Rounds are the opposite of this, one health, but you get infinite daggers). Survival Rounds are always won, but throw unlimited numbers of enemies at you. Smash Rounds have you wrecking background elements with the bodies of your foes, and Boss Rounds pit you against one powerful enemy that changes colors throughout the fight.

This is all wrapped up in a game with a simple stick-man aesthetic. Silver Doller made a point of deliberately stripping away all the elements that might detract from the experience, focusing singularly on crafting a unique gameplay experience. The visuals are simple, but effective, all the meters and indicators don’t hamper your ability to see what you’re doing, gratuitous slow motion adds more to your unique attacks, the backgrounds are constantly shifting and being ravaged by your hand-to-hand assault.

That’s not to say the game is without its gripes, though. The basic visuals, while important from a gameplay perspective, are inexplicably unable to run on some lower-mid range hardware. Similarly, it can be hard to appreciate how awesome your fights look since you’re bound to be so absurdly focused on the wholesale murder going on, and staring at the meters below yourself and your enemies. 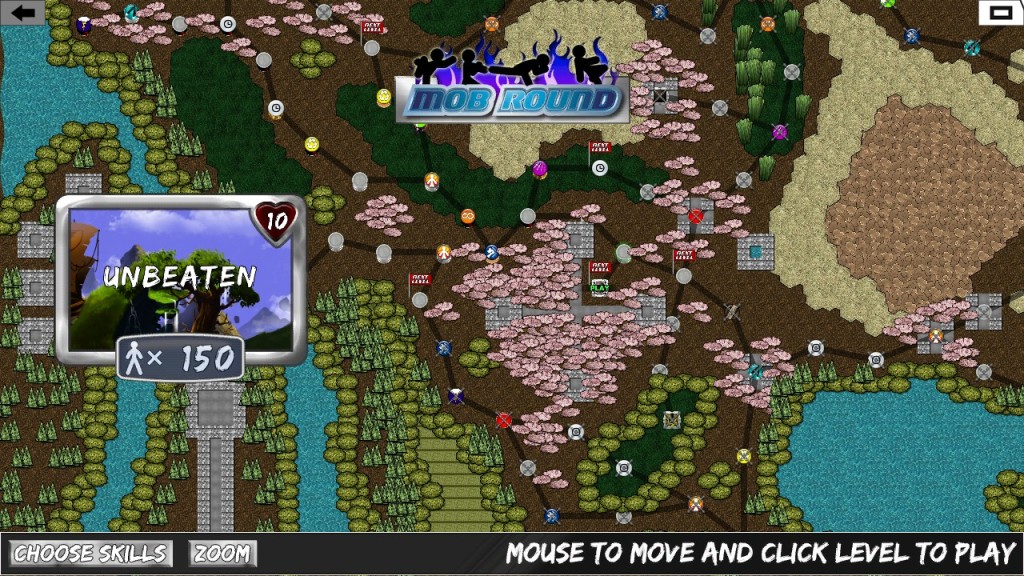 Overall, however, the complaints are few, especially compared to the mileage I’ve ended up getting out of the game compared to its very modest price point. It’s been quite a while since I’ve played something this simple that remained this compelling. The feelings of elation I’ve felt when I’ve wrecked two hundred enemies with no misses and having taken no damage, or finishing a speed round in record time have been more potent than those I’ve felt from a game in a long while. It’s definitely something worth money.

You can pick up One Finger Death Punch on PC and Xbox 360, more recently through Steam for only $4.99.