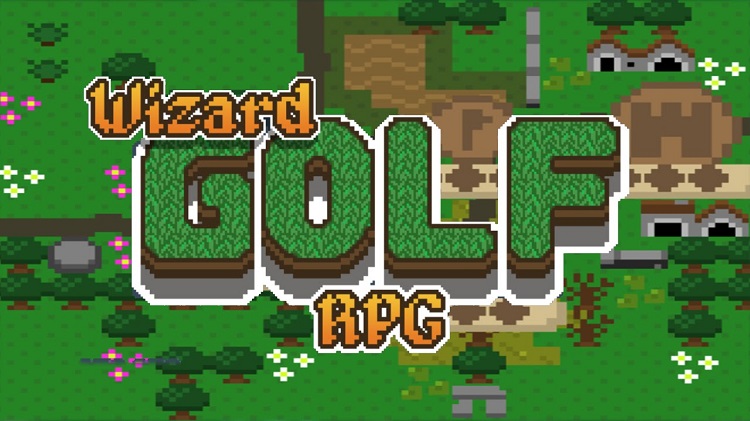 You would never think that golf enthusiasts and RPG fanatics would find some common ground. They’re two completely different realms, although some of us probably pretended a golf club was a mighty sword at some point in our childhood. As weird as it may sound, it isn’t above current gaming industry trends. We’ve seen some pretty strange mash-ups over recent years, and fusing genres together has made for some very refreshing titles. Still, a combination of golf and wizardry doesn’t exactly breed hype, and from a first glance the proposed blend might sound a little boring to traditional players. 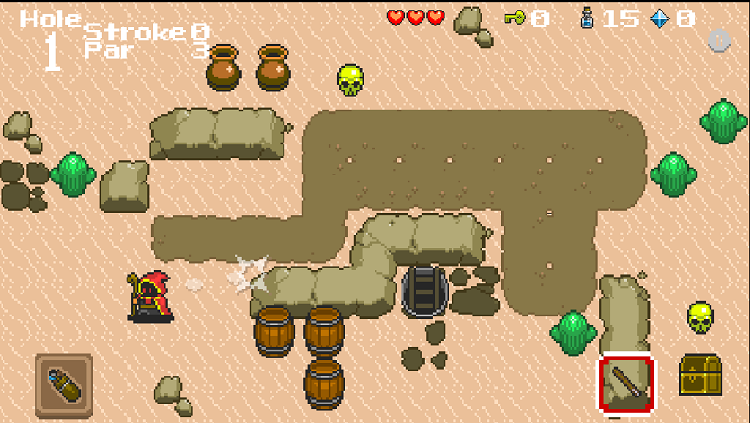 Wizard Golf RPG may be a casual romp, but it does a rather good job of melding together the worlds of golf and fantasy, while still giving each a distinct identity. Much like a casual mini-golf game, you’ll be tasked with avoiding a variety of hazards and sinking your “ball” into the “cup.” I use those quotes because Wizard RPG turns your ball into a slung spell and the cup into a dark dungeon ladder. Gone are simple hazards like sand traps and trees, replaced instead by walls, pits, and the occasional deadly skeleton warrior. 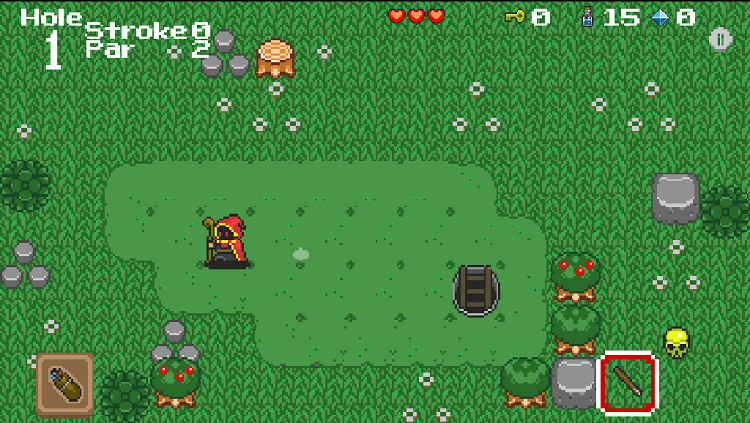 From a graphical standpoint, Wizard Golf RPG is built much like a retro 8-bit title, making use of simple 2D sprites and animations. It has that old-school feeling to it, but still maintains great artistic depth. All of the character designs and locations are very detailed, and developers put a lot of effort into crafting levels that ooze a fantasy styling. You’ve still got classic golf setups, featuring tall grass, water hazards, and a series of twists and turns that would make even the most skilled mini-golf player frustrated. Developers even included “courses,” with the scenery and enemy types changing as you progress through a series of stages. You’ll visit epic castles, dusty crypts, bright countrysides, and a variety of other medieval settings.

The gameplay is rather simple, although some parts will test your meddle. The beginning levels revolve around learning how to accurately aim and shoot the ball, which can be done via a nifty tap control scheme. Taping anywhere on the screen will line up your shot, while tapping the staff icon will start a shot power meter. Unleashing just the right amount of power in certain situations is the key to victory. As you progress further through the game you’ll be met with new and interesting twists, like enemy units, mana, and puzzles. Enemy’s can be defeated by slinging your ball at them, or using different staves to help immobilize them as you head towards the goal. The trick is knowing which spell to cast when, and you can purchase new staves along your way, as well as upgrade certain powers to help you steamroll your way through each level. You’ll also be tasked with avoiding damage, as taking too much will end the level. 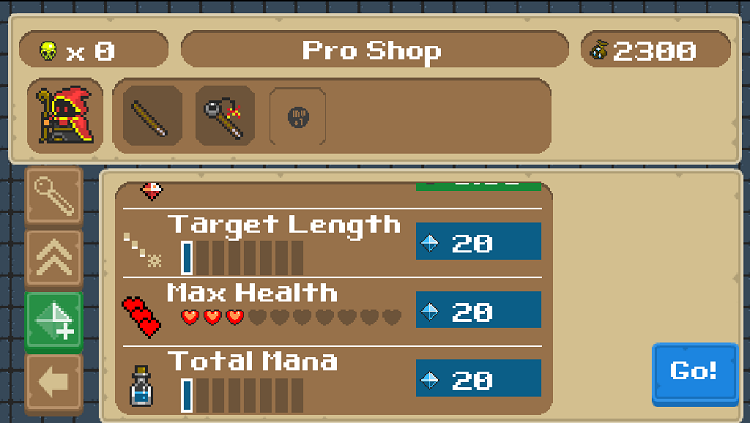 There is actually a lot of stuff to unlock as you make your way through Wizard Golf RPG, and the later levels do offer a lot of challenge factor to golf and RPG fans alike. I was actually pleasantly surprised with how long this release was, and how complex it got in certain spots. At it’s roots however, it is still much a very casual game, and not something that will necessarily appeal to those of you craving a hardcore gaming experience. If you’re looking to kick back, chill out, and relax with some simple controls and some rather entertaining visuals then this is definitely a great title to pick up.

You can grab Wizard Golf RPG right now for free from the iTunes Store.