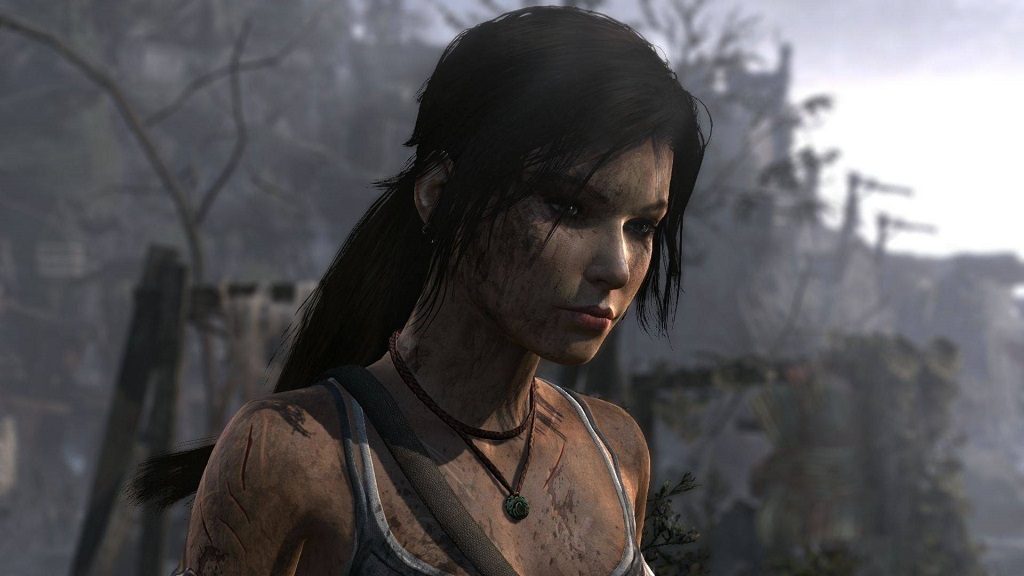 The Tomb Raider: Definitive Edition is only appearing on Playstation 4 and Xbox One. This edition features a serious graphical overhaul, providing some heavily updated visuals and a variety of new side items to collect. Those of you who took a stroll through the original release will have a much easier time discerning what is new in this edition.

There is an abundance of fresh flora and fauna, which gives the island a much more realistic feeling, focusing on untouched and unkempt landscapes that would most likely be overrun with thick and healthy vegetation. The smallest of details take center stage, with a massive update to the animations and physics of items that appear around the island. Boat sails and assorted fabrics blow gently in the wind, and even the tools on Lara’s belt sway back and forth with her movement.

Liquids have seen a substantial upgrade too, with the rushing rapids of a river careening around rocks and debris, or splaying out more realistically as Lara wades her way to shore. The lighting effects are very well done, as the subtle glow of a torch bounces off misty cave walls, and hanging lanterns flicker as they blow in the wind.

Tomb Raider’s soundtrack is a dual edged sword, one that really amps up the action in certain places, and leaves a lot to be desired in others. When it comes to battle sequences, and escape scenes, we are rewarded with loud, fast-paced action scores that really help to quicken your heartbeat and underline the dangerous experiences that Lara is going through. During these moments, the sound is at its peak effectiveness. The sound is severely lacking when it comes to “downtime,” in areas where Lara isn’t engaged in combat. Explosions, gunfire, the loud clash of wood, rock, and metal as it comes crashing down around you is the epitome of Tomb Raider’s sound. 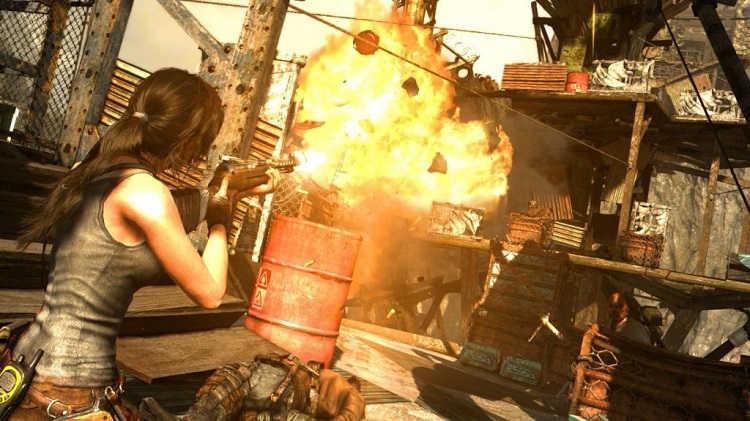 When sneaking, Lara is able to capture the dialogue of certain enemy units, and the script can be rather lengthy during these conversations, which adds a lot of story-based detail. Some enemies will discuss plans, past experiences, or just partake in mindless banter. No two conversations are alike, and adds a great amount of depth to an audible experience that is otherwise lacking in some parts.

Tomb Raider is at its core, a story driven experience filled with exploration which can be linear at times. Combat allows you to take care of enemies in a variety of different ways. You can move past pursuers, eliminate them silently, or simply jump into fights, guns blazing. This has no effect on the story itself, but you will receive experience bonuses depending on your skill.

Killing enemies, looting tombs, discovering relics, and reading documents will award you with experience. Gain enough experience and you’ll receive a skill-point, which can be used to unlock special abilities in one of three different trees. Those of you interested in exploration can utilize skills to help you find hidden items and gain larger experience bonuses from discoveries. You can upgrade ammo capacities or give bonuses to quiet executions. 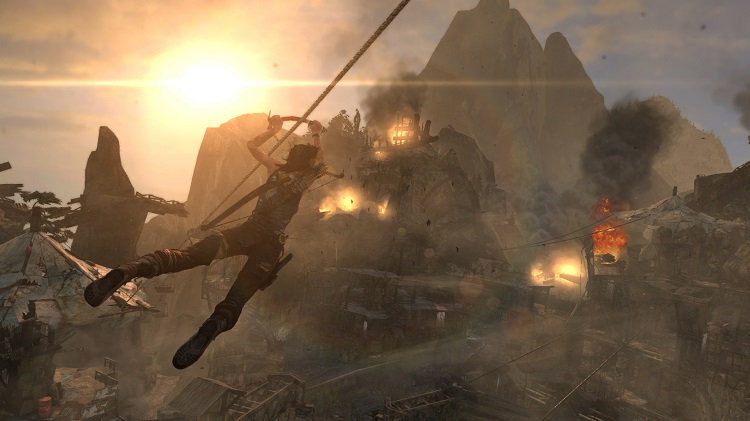 Weapons are very customizable too. Throughout your journey you’ll find salvage, which is used to upgrade weapons and tools. Guns have a variety of upgrades, including alternate ammo types, larger magazines, or faster reload times.

The control scheme itself is fairly simple, There will be times when you’ll need to quickly press a corresponding button, much like a quick time event, but these occurrences are spread fairly far apart. Most combat revolves around how well you can brandish a firearm, but there are some times when hand-to-hand fighting is necessary.

The difficulty scale is a source of contention. The preset settings simply changes how aggressive the A.I, is and how much combat damage Lara can take. There is still a mass of hand-holding throughout, especially when it comes to certain puzzles and climbing. This may not appeal to those of you who are itching for a serious challenge, but the story and customization alone should be enough to keep you fully engrossed, regardless of the difficulty.

Following the disappearance/death of her father, Richard Croft, Lara sets off to discover a fabled land joined by a small crew aboard a ship named Endurance. Against the advice of a fellow archaeologist, Lara has the crew pilot the ship into The Dragon’s Triangle, where it becomes entangled in a fierce storm and torn asunder by powerful waves. The shipwrecked crew manages to make it to a nearby island.

The story arc is fast-paced, action filled, and manages to bring a lot of entertainment value to the table. We get a great glimpse into Japanese folklore, and a lot of the relics, documents, and discoveries that developers included in the title are very realistic to the time-periods and legends surrounding Yamatai. There was a lot of homework done for the creation of this story, and it really shines as you progress.

There are a variety of different multiplayer modes, including 5v5 Deathmatch. You’ll be able to create custom loadouts, unlock abilities, and choose from a variety of characters. Each map is filled with hazards and escape routes, featuring exploding red barrels and convenient ziplines. Multiplayer modes are fairly cookie cutter, but offer a variety of special unlocks, interesting battlegrounds, updated graphics, and additional collectibles.

Overall Tomb Raider: Definitive Edition is both imaginative and gripping, and it really helps to explain how Lara Croft evolved into a globe-trotting, tomb raiding, huntress.