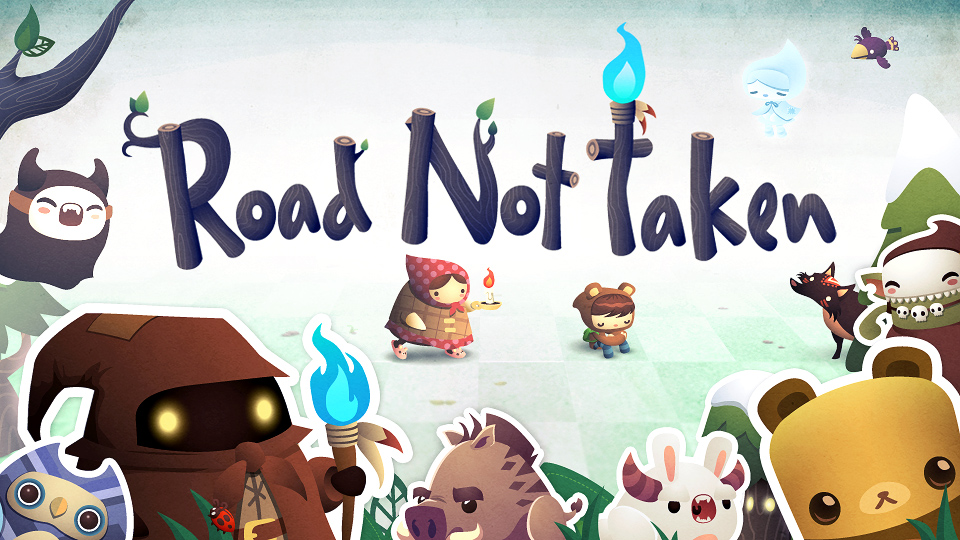 The World Is Cold And Unforgiving In ‘Road Not Taken’

A great many of us live in fairly privileged circumstances. We have access to technology (obviously, you’re reading this), society, more advanced forms of health care, and any number of amenities that plenty of other portions of the world don’t have. Somewhat ironically, you can use your fancy computers and game consoles to have a similar experience in Road Not Taken, a deceptively adorable roguelike puzzle game with a dark undertone.

Deep in the wilderness, there is a small village. It’s a quaint place with lively inhabitants. Life isn’t simple here, food is scarce, people can get sick. Worst of all are the winters, just as the berries are to be harvested, cold winds blow in. Every year, children are lost in the nearby forests in the cold night, never to be seen again.

You play as a mysterious member of the Rangers’ Guild. As a ranger, you wield a mysterious power contained in a special staff, and are looking for a place to live, maybe even a place to belong. Every year as the children go missing, you can elect to venture into the woods to rescue them, braving the ever-changing landscape, the dangers within, and even the sheer cold in order to ensure that the people around you can live their lives in peace.

It’s a very existential game, Road Not Taken. It’s a game that very much feels like more than the sum of its parts. Imagine a stripped-down Harvest Moon society simulation that tasks you with venturing out into procedurally-generated puzzle rooms. The strange thing is that the interactions between yourself and the inhabitants of the village are so simple it’s absolutely endearing. While the characters are fairly archetypal, they’re often so outright zany in their behavior that you can’t help but like them in some way or another.

They’re also curiously accurate portraits of the human condition. You arrive and many are suspicious, but outwardly friendly. After just one year (in which you rescue a number of the village children), you’ll enter into conversations along the lines of people admitting they’d formed extreme opinions of you without giving you a just chance, apologizing for doing so and admitting that they can’t take it back, then usually giving you a gift—often one you can shamelessly gift right back to them to boost your relationship.

Your relationships are important in Road Not Taken. Far more than set dressing and fodder for emotional attachment, your social bonds (as the ones in real life can be) are both sources of strength and information—important tools as you exit the village and rush into the forest. As you interact with the people around you, trading gifts and having conversations, you’ll be rewarded with trinkets (items that tweak gameplay), secrets (bits of information about the different objects and threats in the game to help you determine how best to approach them), permanent upgrades, or boosts of energy that can make your next excursion simpler.

Every inhabitant of the village has their own quirk and personality. Most of all, each has a preferred gift, of the five items you can offer: copper, rice, berries, rabbits, or medicine. Don’t worry too much about clinging to every word the villagers say to be able to determine their preferences through veiled commentary: when you’re able to offer a gift, a menu is presented and the options can either be green (they’ll love it), black (they’ll like it), or red (meh). You’ll move through several stages of friendship, and can also form more serious relationships with the villagers. You’ll become acquaintances, good friends, great friends, lovers, or even spouses—more advanced relationships yield more powerful rewards. 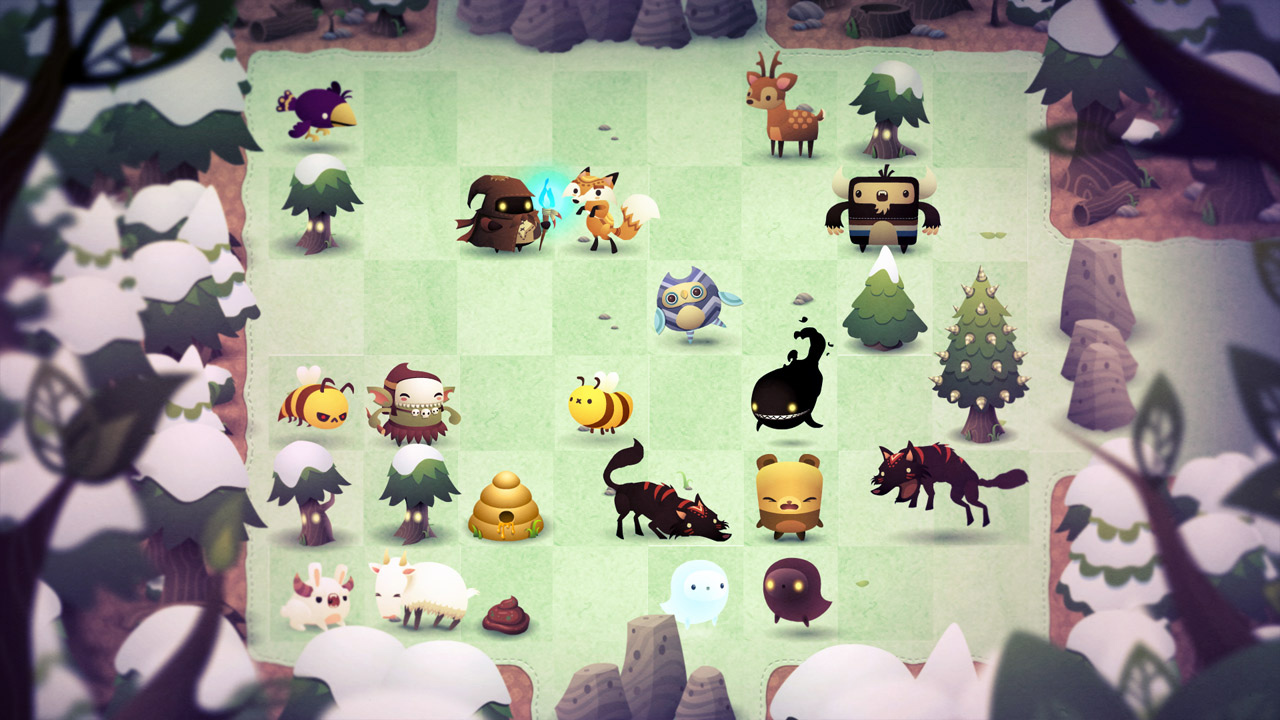 Don’t let the game’s cartoony looks lull you into a state of complacency, either. Road Not Taken doesn’t screw around with its insistence that this is a harsh place. Your ranger has a short lifespan, only fifteen years. You venture into the woods once a year, as the children leave to collect berries. With each passing year, things get more and more difficult, you’re stretched thinner and thinner, and you’ll have to carefully consider your moves to rescue as many children as possible…expect to die, or worse, expect to have to abandon children lost in the woods to save your own skin.

Road Not Taken is a puzzle roguelike. Every time you enter the woods, the layout is different, and is populated by a different set of obstacles and threats. Rather than function as a crazy winding labyrinth filled with traps, though, the forest is often just a series of rooms filled with strange wildlife or setpieces.

As a ranger, you possess a special staff that allows you to lift most objects, people, or creatures, you can pick up any adjacent objects by pressing your Spacebar. Pressing the button again will throw those objects away from you, usually all the way across the screen or until they hit another object. This is your primary means of manipulating your environment, which is key to your success. You can also pick up items and move with them manually, but due to the harsh weather conditions, doing this requires energy. Similarly, being attacked by woodland creatures or encountering environmental hazards also saps your energy. Run out of energy and perish, to be replaced by another ranger and see the cycle start over again with nothing but your book of secrets carrying over from your other characters. 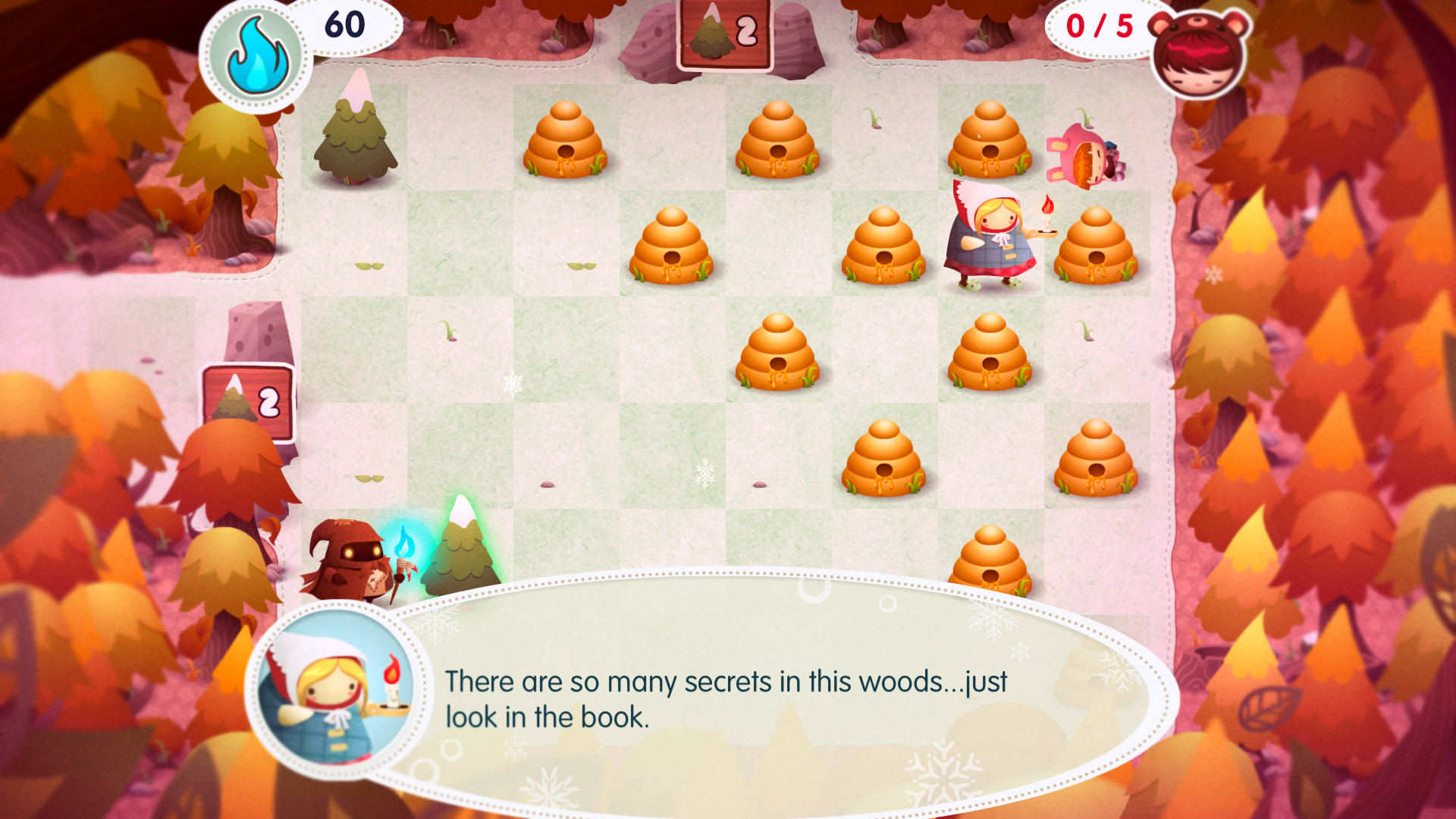