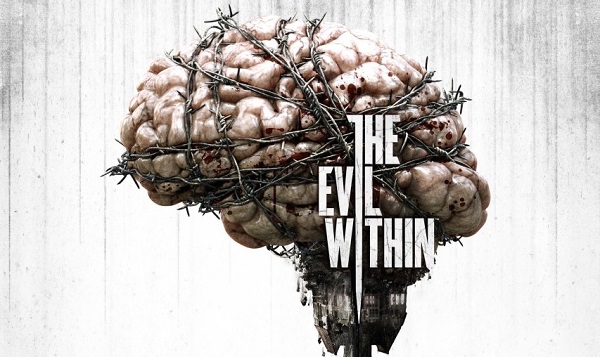 The Evil Within plays like a 1990’s horror survival title, and that’s fantastic

Horror survival titles have become a severely different breed in recent years. Their predecessors, specifically those from the 1990’s, revolved around creeping through dimly lit rooms and running from hordes of terrifying creatures. Low on ammo, weak, and always outnumbered, you were forced to develop strategies to eliminate or bypass your foes. In the modern age, “surviving” is simply a means of blasting your enemy with enough firepower. Games like Resident Evil 6, Dead Space 3, and Dead Island 2, are all about collecting guns and ammo, and dispatching enemies through raw weaponry. It’s been a long time since we’ve seen a survival horror game the emphasizes heavily on the survival aspect, although game series like Outlast and Amnesia have been re-invigorating the genre with their “flight don’t fight” mentality. The Evil Within is the latest entry to re-adapt this style of gameplay, but how exactly does the game stack up to the classics that once defined this terrifying genre?

Visuals are a very important part of survival horror. You don’t see many creepy titles with overly fluffy or adorable enemies. It’s often about gore, grotesque visages, bent limbs, and other outwardly shocking things. The Evil Within plays off our most primal of fears, blending zombie-like enemies with weaponry and speed. Think about the ghouls from the popular cult classic film 28 Days Later. But these aren’t just animated corpses, the foes in The Evil Within are “normal humans” that have been transformed by some type of parasitic bond when exposed to an eerie light. Story spoilers aside, these “creatures” shamble around wrapped in barb wire, missing sections of their face, and sometimes with metal rods impaled through their eye-sockets. It’s truly a grotesque vision, one that cannot be justly described through words, a true visual fright that must be experienced first-hand. Each boss, each sub-enemy, every foe you’ll come across seemingly has their own frightening appearance.

The environment is sure to send chills along your spine too. You’ll fight your way through a variety of locations, each with their own special brand of spookiness. Normal “horror” backdrops are featured, including forests, mental hospitals, and a mansion (Resident Evil, anyone?). But these aren’t simply re-hashed versions of the same old thing. The lighting is done exceptionally well, specifically in outdoor locations. Torches, campfires, and pure moonlight helps illuminate the darkness, along with your trusty lantern. It’s all very old-world, but the environments manage to give you a grand sense of uneasiness. There will be many times when you’re in a completely lit room, flanked by sconces of light, yet still feel completely vulnerable. Hats off to the environmental artists, who managed to craft some excellent backdrops for this dive into chaos.

Sound is an equally, if not more important aspect when talking about survival horror. From the smallest creaks to the loudest rumbles, audibles are essential in making a gamer’s pulse quicken. The developers obviously took this notion to heart, as The Evil Within is a playground of eerie noises, made so much better with a quality set of headphones. There are so many points in the title when the sound seemingly cuts off, the music dies down, and you’re left motionless. Is your headset messing up, or did the TV suddenly lose sound output? Moments later you realize it’s done with purpose, as part of a grand design. The quick yet subtle beat of a heart is heard, the wind blows slowly through the grass, and gentle creaks pass through wooden structures nearby. The sound is a masterful addition to this title, and it definitely helps to sell the horror experience. 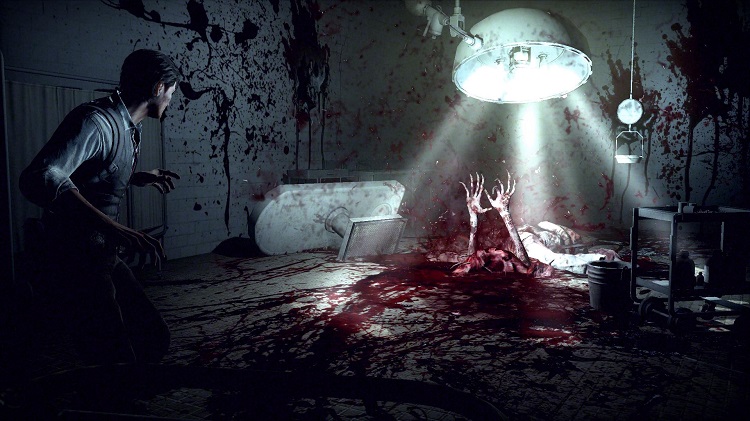 The Evil Within is a nod to yesteryear, and much of the gameplay encompasses practices we came to love (and hate) in titles like Silent Hill and Resident Evil. Ammo must be earned, scavenged for, and small items like axes and torches act as a “one use kill” on most enemies. Your firearms are your best friend, but finding enough bullets to carry you through an enemy horde is nearly impossible. To combat the evil, you’ll need to use stealth, and sneak up on foes to execute them with your knife. To ensure that the dead do not become the living once more, you’ll use matches to burn the bodies of the fallen. This is by no means a cakewalk, and most of you survival horror fanatics that weren’t present for titles of the 1990’s may have a hard time adjusting to the spike in difficulty presented by The Evil Within. Even on normal mode you’re in for quite challenging ride.

This title is executed beautifully, but is definitely not without flaws. I encountered a variety of graphical issues, and glitches, which at moments snapped me back to reality. Horrible lip syncing was a common issue, along with sub-par animations in some areas. From a gameplay standpoint, there were many times when I found it difficult to elude a foe, because I struggled to vault over a certain object or to navigate an object filled room. Still, with the quality of sound, and entertaining gameplay, it’s pretty easy to look past most of these quirks. The Evil Within is a must grab for all you horror fans out there, especially if you’re craving something frightening to get you through the Halloween holiday.