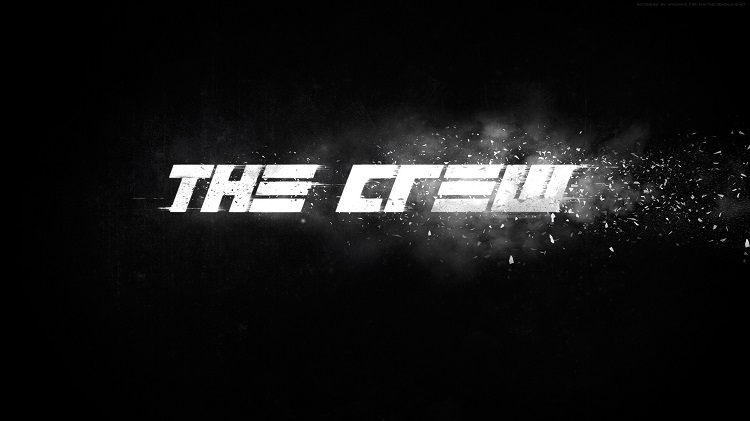 The Crew offers a massive arcade racing playground, and good bang for the buck

I’ve been following updates on The Crew for a solid year, getting as much information in as humanly possible. Developers and the hype machine paint an incredibly pretty picture for this release, promising a vast cross-country tour of the United States of America, complete with a wide variety of races and some delectable multiplayer elements. The finished product was set to resemble a cross between an arcade racer and an MMO. Police chases, hardcore off-road challenges, team-based races, and targeted take-downs were just a few of the highlights from The Crew’s E3 reveal and subsequent news releases in the months to follow. It’s a very ambitious challenge to include all of these bullet points into a proposed game world that is classified as a “scaled down” version of the United States, complete with a plethora of recognizable monuments and landmarks, but a challenge that Ivory Tower was confident it could overcome. With The Crew now officially on our doorsteps, we finally get a first hand glance at this attempt, and the finished product is more surprising than you’d think. 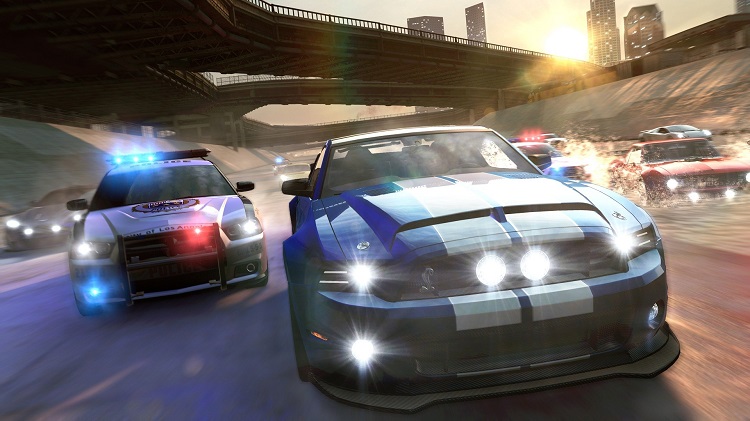 If you’re looking for a gorgeous work of art that rivals the beauty of even the most perfect paintings, you should definitely look elsewhere. The Crew isn’t going to win any awards for outstanding graphical goodness, but it’s hard not to respect the visuals they managed to crank out when you realize how truly far the game world stretches. We’re talking a scaled down version of the USA that takes approximately 1.5 hours in real time to travel from west coast to east coast (depending on a series of variables and car types, but you get the point). I was able to drive a seemingly endless line of streets and side roads all across the Midwest without running into a single loading screen (in Free Drive mode). That’s rather impressive when you consider how many other players and vehicles can be crammed into the same area as you, and how many A.I. drivers are stuck in rush hour to purposefully make your city driving a brutal affair. Sure, there are some notable corners cut, and some of the textures that cover sidewalks and buildings could use a face lift, but I give developers a lot of slack here considering how huge this release is. Kudos to them for actually spending the time in making the game a visually solid adventure, instead of using the size as an excuse to create a buggy and graphically glitchy title. 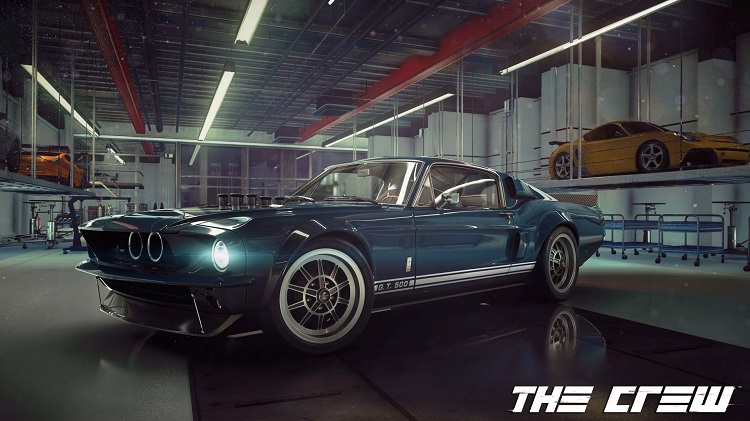 This isn’t a Forza knock off, or reminiscent of Gran Turismo. The gameplay in The Crew is knockout, drag out, pedal to the floor arcade racing that rivals series like Need for Speed and Burnout. There aren’t a ton of cars to choose from when it comes down to it, but the ones you can drive come complete with a series of unlockable upgrades and physical changes. You can even tune your car for specialized events like off-road racing, target elimination, or circuit racing. Gameplay feels a little loose, but that’s a good thing when you find yourself jockeying for position against racers who don’t play by the rules. This isn’t a “realistic physics experience” where developers spent tons of meticulous hours fine tuning the weight, turning, acceleration, and top speed of each car to match exactly against its real world counterpart. Any card can be just as good as another if upgraded and tuned correctly, allowing you to focus more on the skill of racing your opponent, then acquiring the right ride throughout your journey.

A large chunk of The Crew’s replayability comes in the form of multiplayer events, but that doesn’t mean it lacks a story. In fact, Ivory Tower put a lot more effort into their story than most arcade racing titles of the past. You’ll take control of Alex, a scorned street racer that witnesses the murder of his brother and is framed for the crime by a corrupt FBI agent. The majority of the game revolves around you infiltrating the notorious country-wide 510 racing club, doing odd jobs for two-bit criminals and climbing the ranks of the group to get closer to its shady leader. You’ll find yourself working for a branch of the FBI in an attempt to capture hard evidence on the corrupt member in its ranks, and you’ll assemble your own crew of hardcore racers as you make your way through each city. Story missions can be done solo, or you can invite friends (or strangers) along for the ride. Completing events gives you experience and cash you’ll need to upgrade your vehicle and unlock specialized driving perks that make you stronger in specific automotive areas like braking, acceleration, and turning, or will allow you to purchase upgrades faster and cheaper. 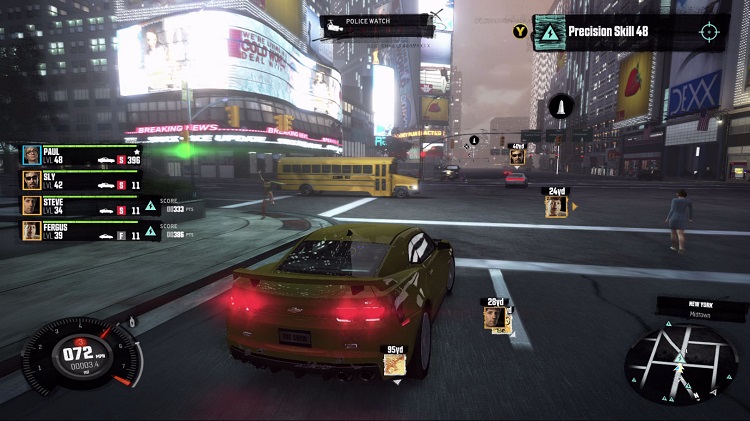 Unfortunately, there have been some issues (that Ivory Tower is actively attempting to fix) that can really hamper your overall experience, depending on how seriously you view them. For one, the A.I. can be overly hostile in the later stages of the game, using incredibly underhanded tactics and outright slamming into you at high-speeds to leave you in their dust. This can be a headache for those of you who pride yourself on clean lines and a spotless driving record. There are also reports floating around the web of individuals who were disrespected by the title’s PVP events, causing them to take 3rd or 4th place when they were clearly leading the pack across the finish line. Some of these PVP events have been hard to come by, causing players to sit and wait agonizingly long time periods just to find or participate in matches. These issues are unfortunate, and they mar an otherwise fantastic effort and release from Ivory Tower. Luckily, these are the types of issues that can usually be fixed “after the fact,” so hopefully developers will take gamer’s pleas to heart and get them remedied ASAP.

The Crew may have some questionable gameplay ticks (although I have not personally experienced many of them) and it may not look as flashy as some of the other racers currently on the market, but it makes up for it by providing a seemingly endless and overwhelming amount of content. Find some friends with this release and you’ll amplify that content ten fold. It’s definitely a more enjoyable experience if you have a few buddies that you can race along with, but even solo this release offers an intense amount of racing goodness for the price. With some games now-a-days it’s hard to gauge if the $60 price tag is worth the short campaign. If you’re a racing fanatic, specifically arcade racing, then dropping your hard earned cash on The Crew is an easy decision considering how massive the world is, paired with just how many races, side quests, events, collectibles, and multiplayer missions are available.