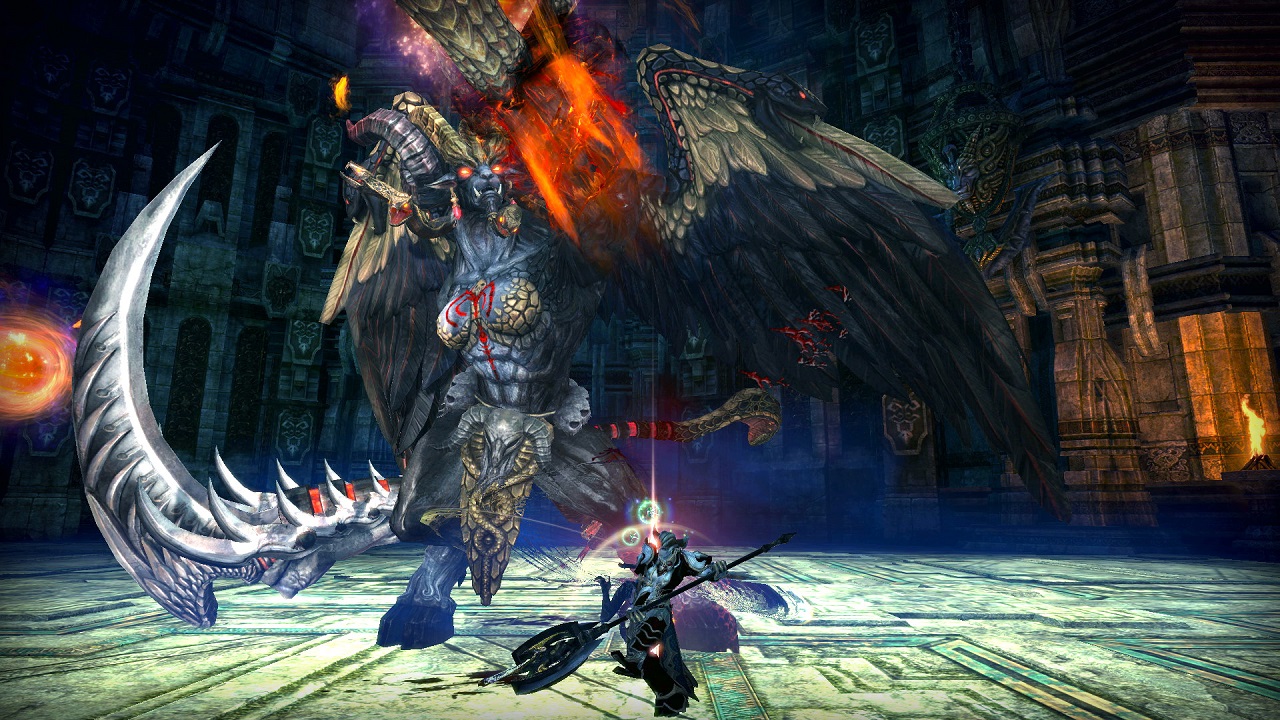 The realm of free MMORPGs is vast. From shooters and puzzle-sagas, to sports games and traditional grind-fests, there is something for everyone in the world of free gaming. But the word free often comes associated with lack of quality. I’ve played many MMO’s in the past decade that promised some great gameplay and depth, but none of them managed to capture my attention for more than a few days. A lot of these free titles attempt to draw in some cash flow by offering special items and power ups that can be purchased using real world currency. There isn’t anything wrong with this sort of business plan, and it’s understandable that companies need some form of profit to keep the lights on. but these types of titles usually end up transforming into a “pay-to-win” gaming structure. That means the individual with the most money to spend usually ends up dominating the competition with purchased goods. 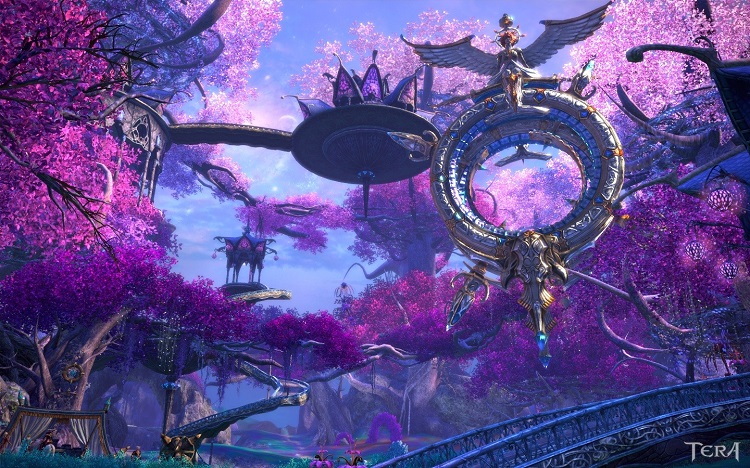 But not all free titles are pay-to-win, or lacking content and gameplay. Take Tera Rising, for example, an impressive traditional-style MMO from Enmasse Entertainment. Tera is entering its second year, and we recently picked it up to see how it stacks up against the competition.

I entered the world of Tera with an intense amount of skepticism, having been burned by free MMORPGs in the past, and immediately expected to scrutinize the title’s graphical quality, starting with character creation. It was a very pleasant surprise to see how deep and visually appealing the character design system is for Tera, and although the title is classified as a free MMO, there are enough creation tools to rival that of some of the more popular MMOs currently on the market. Each race has its own particular set of changeable details, and you’ll have the option to change the exact facial structure of your character with some nifty sliders. 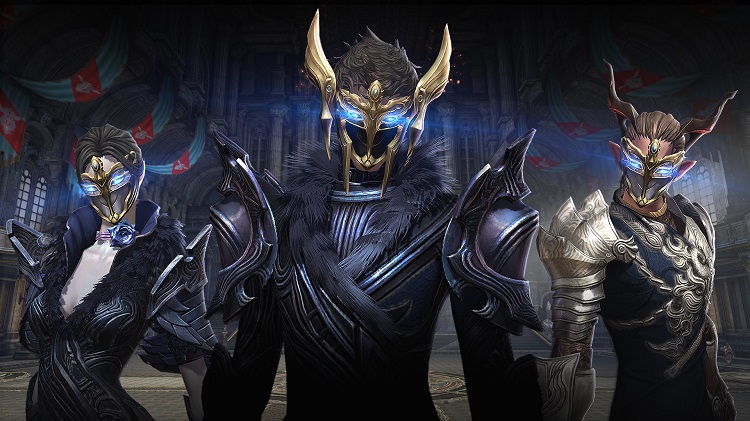 Entering the title is a surprising experience in its own right. Tera is an incredibly imaginative world, a fantasy-based realm that is filled with an array of sub-lands and environments that follow specific themes. Spooky forests, dense jungles, icy mountain tops, and arid deserts are just a few of the areas that you’ll be tasked to explore. But these aren’t just cookie cutter locales. They’re vibrant areas that are filled with a mass of beautiful details and visually appealing aesthetics. Even the transitions between environments are graphically stunning for a free MMO. Instead of a simple warp, your character will take flight on an armored Pegasus, and swoop high above the clouds. This is easily one of the most graphically extensive titles we have played and it’s admirable how much work the artists have put into this release, considering it costs the player nothing to obtain.

The soundtrack and effects for Tera were obviously crafted with the same care as their graphic counterparts. Rich and original songs play through each area and safe zone, although with all of the action and sound effects ringing during combat, you may not notice much of the soundtrack unless you stop to appreciate it. Each race has its own distinct set of fight sounds and audible grunts, and you can even change your character’s voice, although the choices are limited and honestly don’t offer much variation. Still, the sound is something that offers additional depth to the release and it’s good to see that developers didn’t skimp on this aspect. 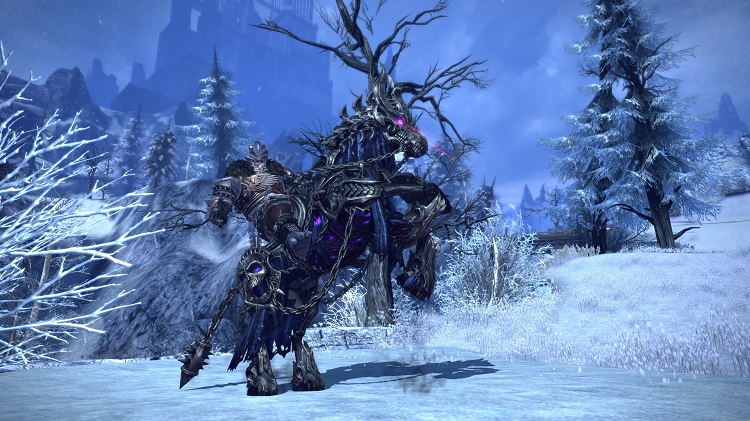 Gameplay is where Tera truly shines, and its easily one of the best MMOs I’ve played in terms of control and combat. Unlike a traditional point-and-click MMO, Tera employs a 360-degree aiming system, much like a third-person shooter. Skills can be loaded via a shortcut bar, but must be manually aimed. Some skills are capable of locking on, but most require timing and good directional awareness to execute. It really helps to amp up the action, and it makes evading and blocking very important. You aren’t locked in place when fighting enemies and you’ll even receive damage bonuses for attacking baddies from the side and behind.

There are a multitude of skills for each class to master, and you’ll find yourself unlocking new tools all the way to end-game. These skills can be loaded and tuned via a nifty combo system, which allows you to string together attacks, using spacebar to activate the next step in your combo chain. It’s a very smart way to give players that much more control over their character creation and customization. Although some may be disappointed with the skill-sets of certain classes since Tera employs traditional RPG roles, requiring tanks, damage dealers, and healers. Although it is entirely possible to progress through the game solo, and there are even dungeon instances specifically designed for single player. 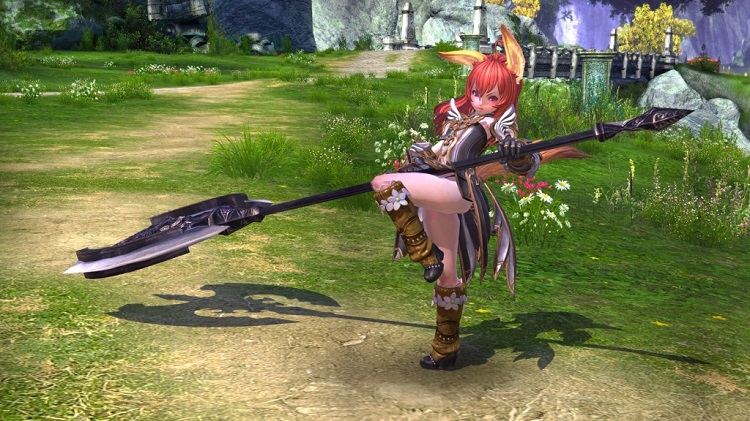 Like other successful free-to-play experiences, Tera makes use of a cash shop, allowing players to purchase special costumes, boosts, weapon skins, and rideable mounts. This isn’t a pay-to-win by any means though, as most of the equipment purchased in the Enmasse Shop will only unlock visual upgrades, and doesn’t do much to alter a player’s power. The best part is that players who cannot afford Enmasse Points (EMP) are capable of trading in-game gold to other players in exchange for their cash shop currency.

Tera is a massive world, filled with a variety of zones, laced with hundreds of quests, and offers a series of small storylines. It can take a while to level a character from creation to the cap of 60, giving you ample time to explore the vast reaches of the Tera landscape, and giving you plenty of opportunities to learn and hone your skills before you set off for a variety of end-game goodies. Raids and dungeons serve up as the main chunk of end-game entertainment, but there is a lush battleground for PvP players who are looking to wage war. There are even dedicated servers where players can attack one another in the open world, which really amps up the danger as you progress. 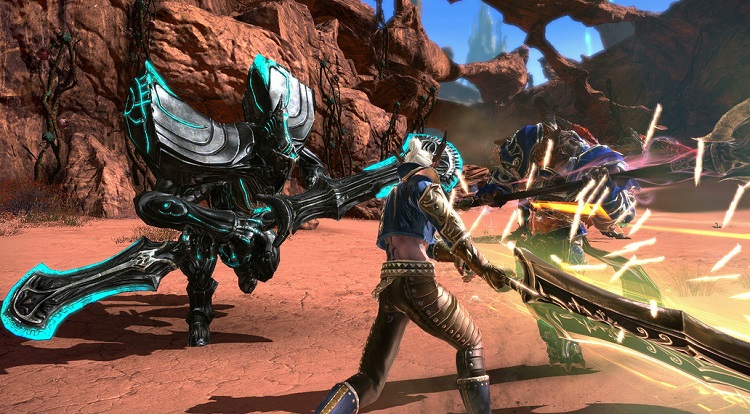 Tera Rising is one of the best free MMO experiences on the market, and if you’re an MMO fan you should give it a shot. The end-game may seem a little weak to some, and the community could use some polishing on some servers, but it is downright impressive how much dedication, detail, and solid work has gone into this release. Enmasse is steadily adding content and even unveiled a new playable class called The Reaper on May 13th, so now is a great time to jump on the Enmasse bandwagon.