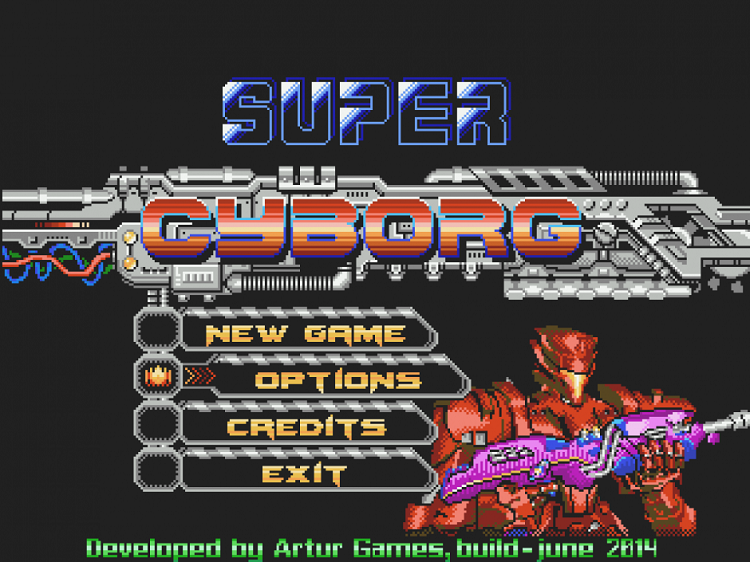 Super Cyborg Is Contra For A New Age

Some of you players out there may not remember the great era of the ’80s, but the later part of the decade saw the release of some seriously entertaining games. Take for example Contra: a multiplayer arcade title that swept the globe and eventually ported onto the NES. This title was one of the most prolific multiplayer ports to hit in-home entertainment, and was also one of the most difficult titles to stem from the early gaming boom.

The premise of Contra was simple, you played as a commando tasked with shooting your way through waves of aliens and putting an end to the infestation. The side-scrolling platforming shooter, was one of the earliest titles to feature the infamous Konami Code, which when entered at the start screen, would give each player 30 lives. There are many copies of Contra lying around the internet, so it wouldn’t be hard to get your hands on a copy of the 80’s masterpiece if you’re curious. But if you’re craving the same Contra style action in the new-age of gaming, you’ll want to check out Super Cyborg. 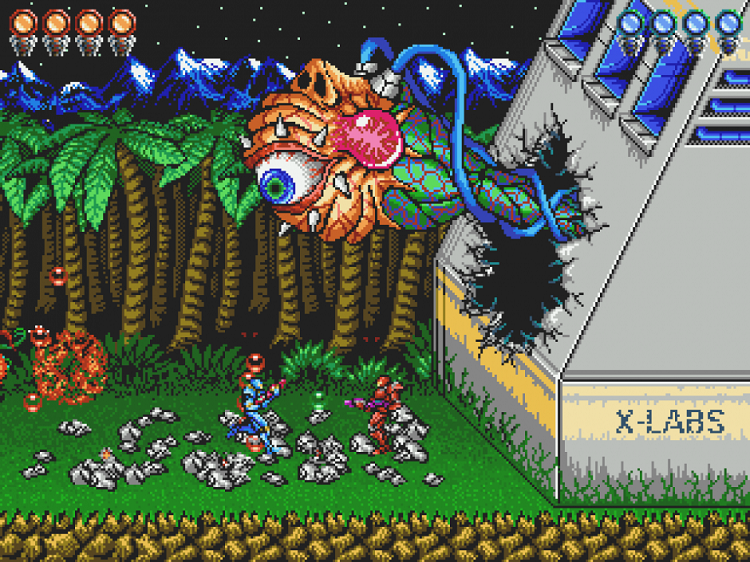 Call it a clone if you want, but Super Cyborg manages to capture the very essence that made Contra such an enjoyable experience, while still offering up a modernized game. The core gameplay remains fairly unchanged from the 80’s mainstay, as does the storyline. You’ll play as a battle cyborg, tasked with investigating a mysterious island. Upon your arrival, you find yourself surrounded by a vicious alien force, and it’s up to you to quell the overgrown enemy. Sides-scrolling is both a friend and enemy in this release, giving you a simplistic plane on which to plan your attacks, while at the same time trapping you in some pretty intense situations. Much like Contra and the original Super Mario Bros, once you progress the screen to the right, you will be unable to travel back to the left. This makes collecting powerups and planning assaults all the more important.

Controls are simple, utilizing only the arrow keys, and two additional keys for jumping and shooting. However, Super Cyborg should be considered anything but “simple.” There is a certain difficulty scale that comes associated with this release, and you should beware of how hard things can really get on your first play through. Taking just one hit from the enemy will cause you to lose a life. There are not lengthy health-bars in this game, just you and your ability to remain unscathed. To make matters worse, you’ll only get three lives per level, and losing all of them means restarting the level entirely. This sin’t your typical run, gun, and slaughter everything style of shooter. You’ll need to approach enemies with caution, and learn their attack patterns. 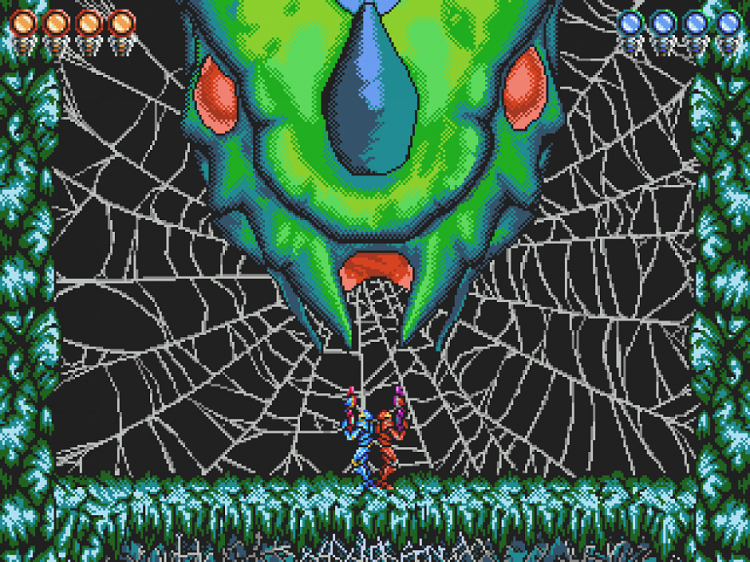 But you won’t be completely vulnerable in your quest. During each level, nifty little power-ups will fly overhead, and tagging them with your blaster will cause them to drop a variety of useful things. There are a few different blasters that pop out from these baubles, including an upgrade that shoots massive balls of energy, and one that spreads your bullets out a bit farther. You can even find temporary invulnerability, and a specialized object that decimates all enemies on the screen when you touch it. Be careful though, as getting hit will cause you to lose your power-up. There were many situations when I could find myself trying so hard not to miss a power-up that I ended up losing a life in the process.

But amid all the dying and frustrating level restarts, I found what I consider to be an incredibly well-crafted title. If you have a chance to stop and breathe (which is unlikely since the enemies endlessly pursue you) you’ll take note of some seriously artistic surroundings. ArturGames obviously wanted to capture some retro magic, and they managed to do so while still offering some backgrounds and character designs that are smooth and well-polished. The release is incredibly colorful, and the enemy design is detailed and impressive. The main character itself appears to be very Metroid (Samus) inspired, and even some of the levels are reminiscent of the bounty hunter’s trip to the underground. But whatever inspirations the artists may have drawn from, Super Cyborg manages to maintain its own unique appearance. And it isn’t just the visual prowess that makes this release such a retro-styled gem.