Rooms: The Unsolvable Puzzle will tantalize your eyes and overwork your brain

We’ve seen a lot of new puzzle games in the recent gaming age. The casual era has brought a boom of plain puzzlers to the mobile scene, and it seems like every year we see copycats and simple visual variants plaguing the marketplace. Because of this, it’s sometimes hard to find anything truly revolutionary on the puzzle front. Those of you who are die-hard brainiacs are possibly quite disgusted with the world of puzzle games as it currently stands. It seems as if the difficulty and required thought have oozed from the modern puzzler, and we are left with hastily tossed together titles that don’t offer much in terms of a challenge. Still, in this time of the re-done and shamelessly replicated, we occasionally come across a diamond in the rough. Rooms: The Unsolvable Puzzle, from the creative minds at HandMade Game, is one such recent release. 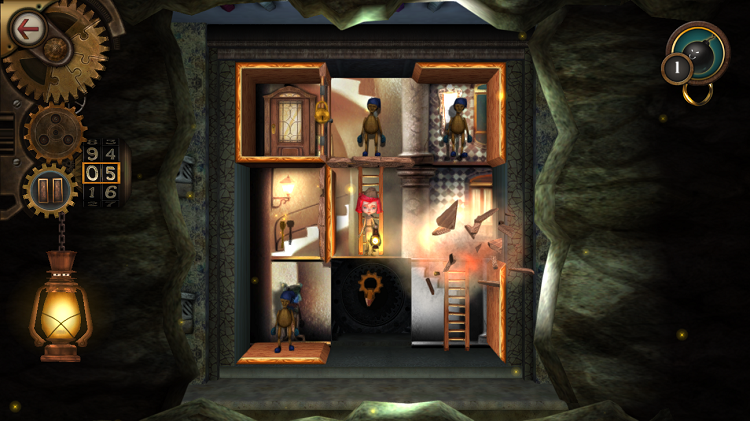 If this title sounds somewhat familiar, it’s because HandMade Games was also partially responsible for the cult classic Rooms: The Main Building, which released back in 2008 for PC and was then later brought to the Nintendo Wii and 3DS in 2010. Rooms: The Unsolvable Puzzle takes the same interesting and mind-bending gameplay from the original release, but makes leaps and bounds visually over its predecessor. The original Rooms featured a simple human character, set against a 2D background loaded with modern urban imagery and realistic items. The sequel has undergone a visual transformation, and although it still revolves around escaping a mansion, it introduces us to a young female lead and follows a fantasy theme. This time you’ll find yourself locked in a series of dreary mansions, each with their own unique (yet spooky) decor. Your only company is a seemingly magical lantern, which you can turn to for helpful hints when you find yourself in a pinch.

The premise of this adventure is simple, but mastering all 144 levels across four different locales will really put your mind to the test. The basics have you sliding rooms around a track system in order to progress the protagonist Anne to each exit. For those who are unfamiliar with the series, it does a great job of holding your hand during the starting levels. You’ll be shown some introductory solutions and before you know it you’ll have a great understanding on how the puzzling in Rooms: The Unsolvable Puzzle works, much in the same way the surprising Full Bore gave you all the tools and basic principles of the game without shoving everything down your throat.

Don’t expect the easy difficulty to stay for long though. You may find yourself cruising through the first ten levels or so, but once you reach the end of the first mansion, you’ll see a serious spike in obstacles. You can ask for a little hint whenever you think you need one, but most hints won’t simply give you the answer you seek. You’ll still have to use quite a bit of brainpower to decipher the rather vague clues. The game is pretty lengthy and you’ll need to wit your way through 96 storyline levels for any closure. Dedicated puzzle fans can take it to the next level by heading to the basement and challenging the 48 special ability levels. 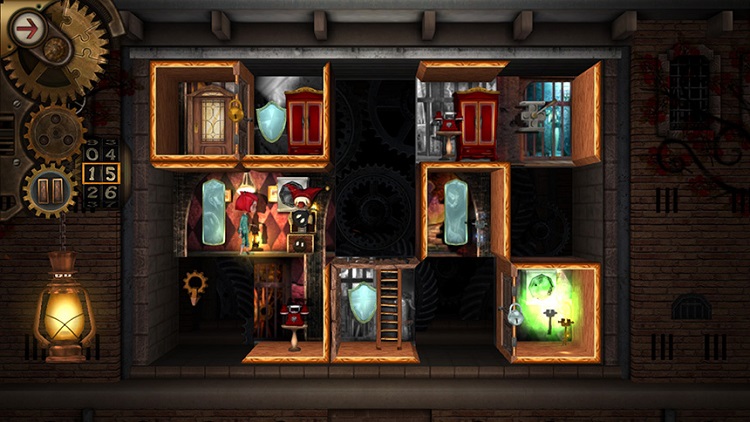 This isn’t just a run-of-the-mill puzzler either. It comes complete with an interesting and engaging storyline. As you pass each level, you’ll discover information about the mansions you’re lost in, and eventually unravel the dark mystery behind the location’s uncommon design. The story offers two unique and complete ending sequences for you to discover. Although it’s linear in a sense, Rooms: The Unsolvable Puzzle actually offers up some decent replayability. Those of you who are absolute perfectionists will find yourself chasing the ever elusive “perfect” completion scores on each level. In order to obtain these scores you’ll have to complete each room in a specific number of moves. Going over that number will knock you out of contention for a perfect rating.