The stealth experience in gaming is one rife with controversy in many ways. It’s a genre ruled by few, but many try to incorporate elements of it—even to the game’s own detriment. 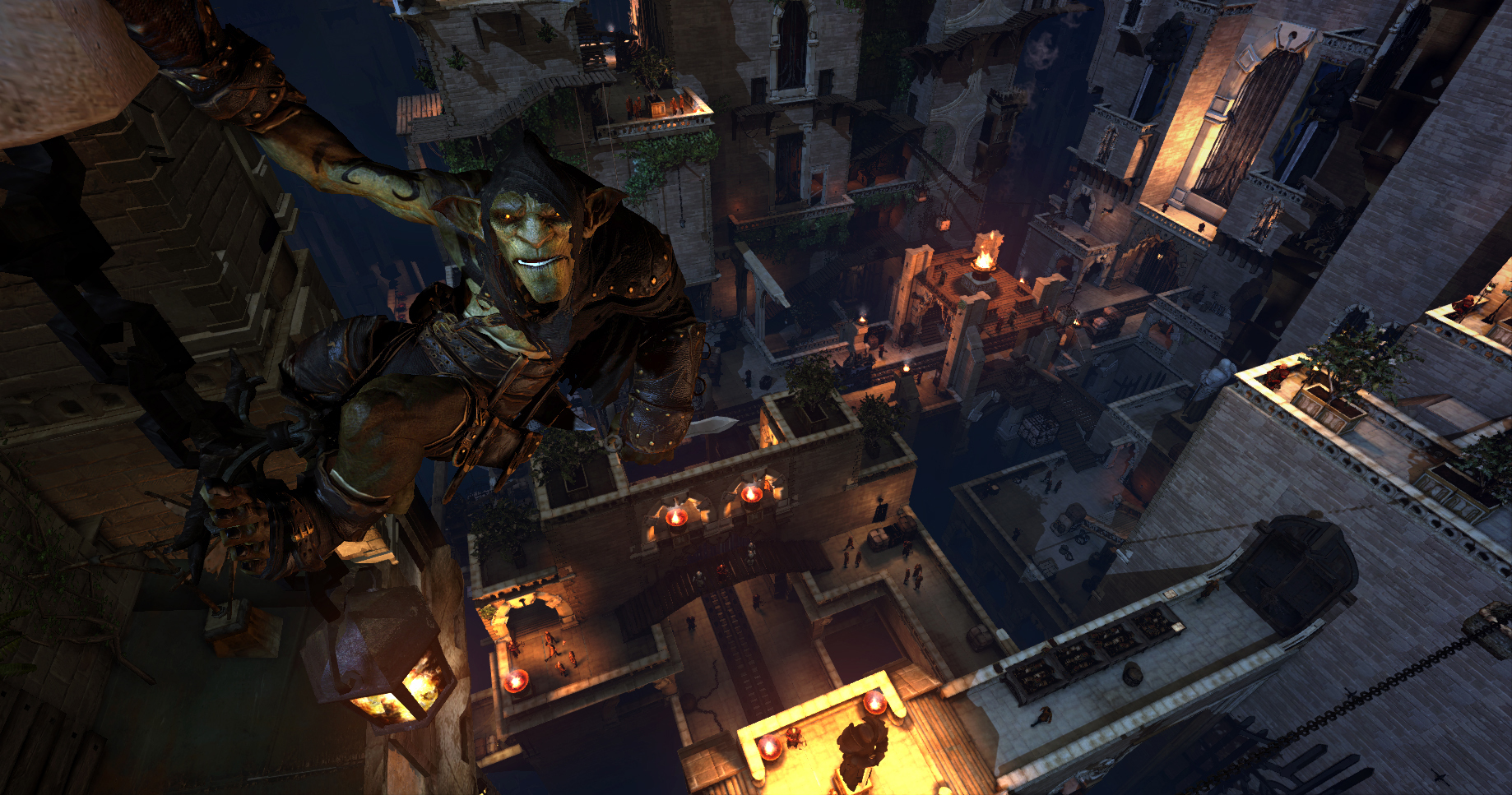 This wasn’t always the case, of course. There were days when it wasn’t a game about being sneaky until you’re discovered, and then becoming an invincible action hero (looking at you, Splinter Cell: Conviction) or even getting spotted and just trying to disappear afterward (ahem…Metal Gear). There were games like Thief (not that new Thief game, though) where your experience truly was predicated on blending in with your environment. You were meant to observe and circumvent, to use your environment to your advantage and achieve your goals without anyone having the slightest inkling you were there.

Styx: Master of Shadows is very much a game in that olden vein. Punishing, but satisfyingly so. Expansive, but with focused gameplay that is, for the most part, responsive and rewarding.

You are put in the shoes of the diminutive and titular protagonist Styx, an ancient goblin with a serious case of amnesia. Despite his inability to remember the people he’d met yesterday, or really anything he was doing, his goal remains clear: to breach the inner chambers of the great tower of Akenash and steal the Heart of the World Tree, the source of a magical sap called Amber. The Amber is a harsh mistress—consumption of it in Akenash is prohibited, yet an entire black market for the substance exists within. Styx himself has an affinity for the stuff, but for a wholly different reason: the Amber grants him supernatural abilities.

The story isn’t much to write home about, it’s a fairly traditional affair with characters that aren’t riddled with depth or complexity. It doesn’t hurt the game overall, in my feeling, just chalk it up to being more solidly “fantasy” and be okay with some cardboard cutouts that can talk. The real star comes in the gameplay. 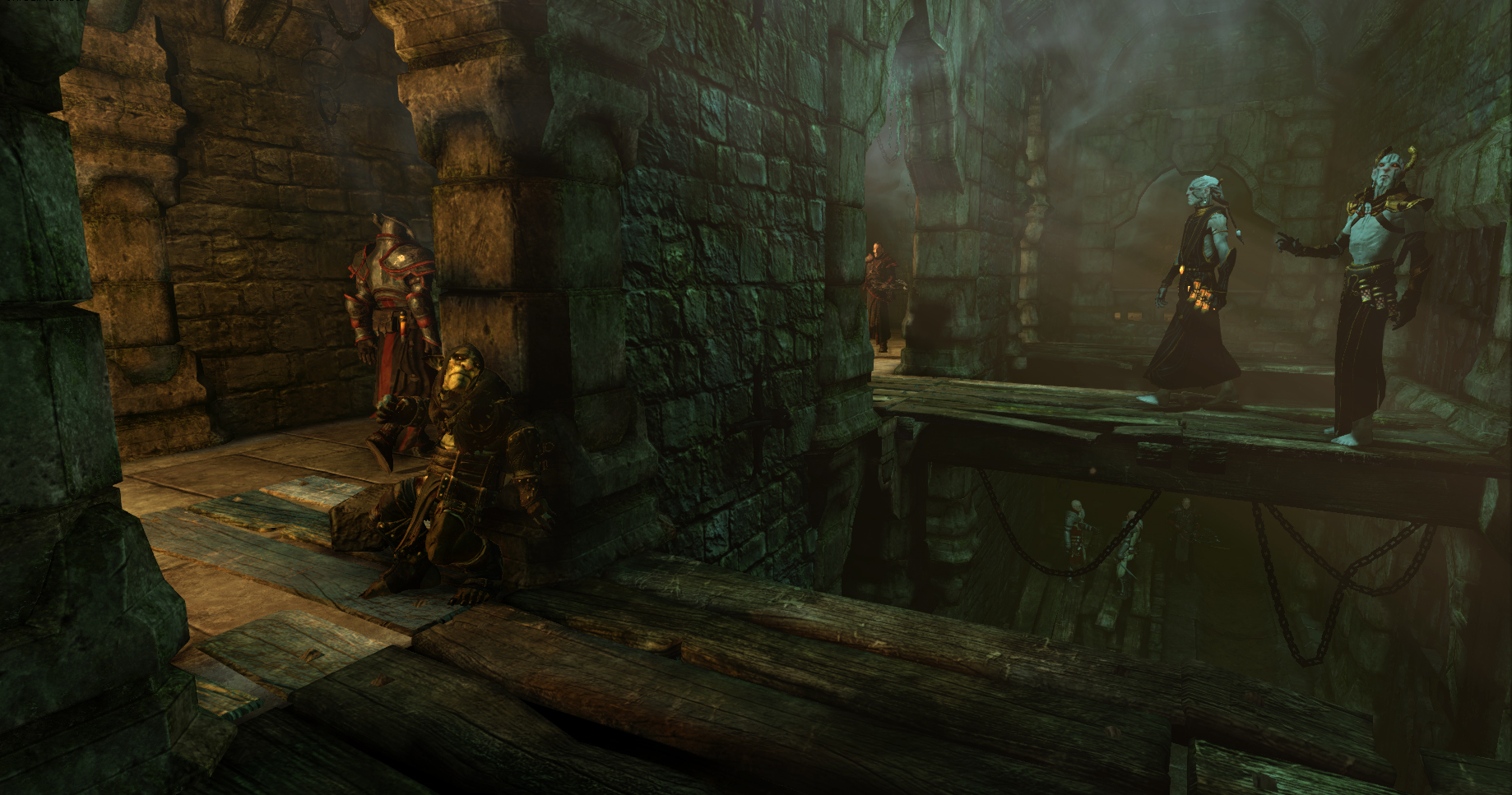 From the get-go, Styx doesn’t hold your hand. And really, it shouldn’t. One of the major hallmarks of some of the most well-remembered games of the last generation was that very trait: these are games that make sure you feel like you’re in control. Summarily, when you fail, it wasn’t the games fault—it was yours. This is a terribly difficult line to tread, and Styx certainly didn’t do it perfectly, but the stealth gameplay has a strong foundation, and the game’s other mechanics and its environments provide a large canvas upon which your ingenuity can really make you feel successful in your sneaking.

Styx is a goblin, after all. You’re half the height of the shortest person you’ll encounter in Akenash. This obviously has its shortcomings, but provides plenty of benefits. That small stature allows you to easily move through tight spaces around you and conceal yourself in spaces that others simply would be unable. It’s a satisfying feeling, moving from under a low table and temporarily concealing yourself in a small barrel before climbing a bit of the decoration on the walls to move over a door.

There’s not always such simple concealment available, so Styx has a number of other ways to move about unnoticed, as well. Controlling your environment is just as important as moving through it, so expect to be extinguishing torches to create dark spaces to move through, poisoning food to remove pesky guards without conflict, or using (or avoiding, depending) various objects to make noise and disrupt patrol routes. 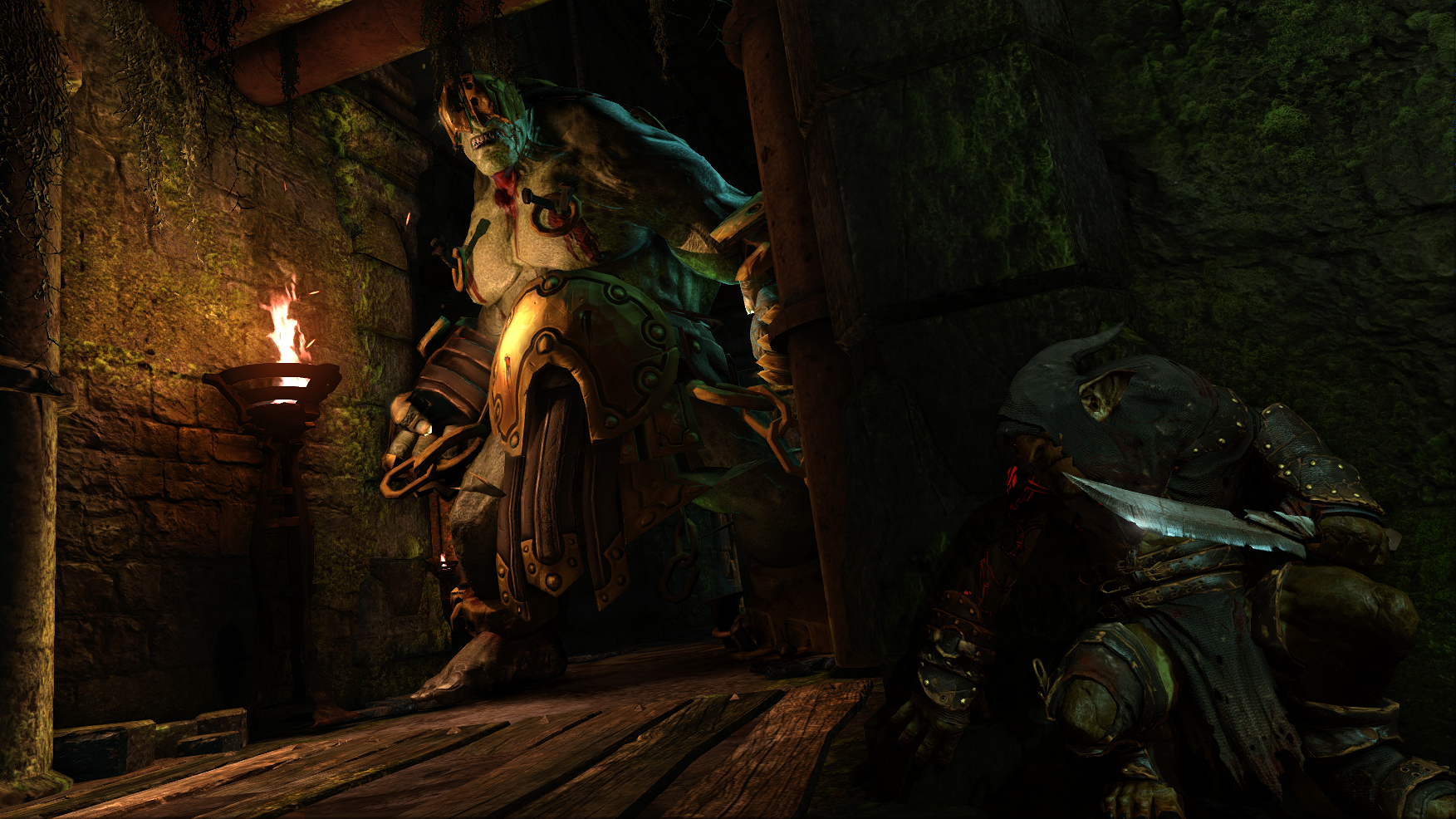 All else fails, Styx can use some of the Amber in his veins to temporarily render himself invisible for particularly difficult or crowded areas, or to create a rotten clone that can serve as a distraction or access areas Styx might be unable to safely. The clone, in particular, is deserving of your attention. Thoughtful use of the clone can yield some truly inventive ways to surpass threats undetected (if your clone gets noticed, it doesn’t count as an alarm for your mission stats).

You’ll also have the support of a few fancy bits of equipment to make your life a little easier. Vials of Life and Amber can refill your meters. Throwing knives allow you to kill guards from a distance or in an emergency, provided they’re lightly armored enough. Balls of sand can extinguish torches from afar. And should you end up having to kill a guard and have no place to hide it (or a ledge to toss it off), vials of acid can dissolve a body on the spot, like it never happened.

You’ll be using all these tools in some truly awe-inspiring environments. Most objectives in the game consist of simply moving to the other end of an area in one piece, but you’re afforded a nearly unimaginable number of paths to get there, in environments that feature an impressive amount of verticality. On top of that, each area often comes with a secondary objective, just to give you some more to do, and there are a few tokens around each area to collect, if you’re a total completionist. 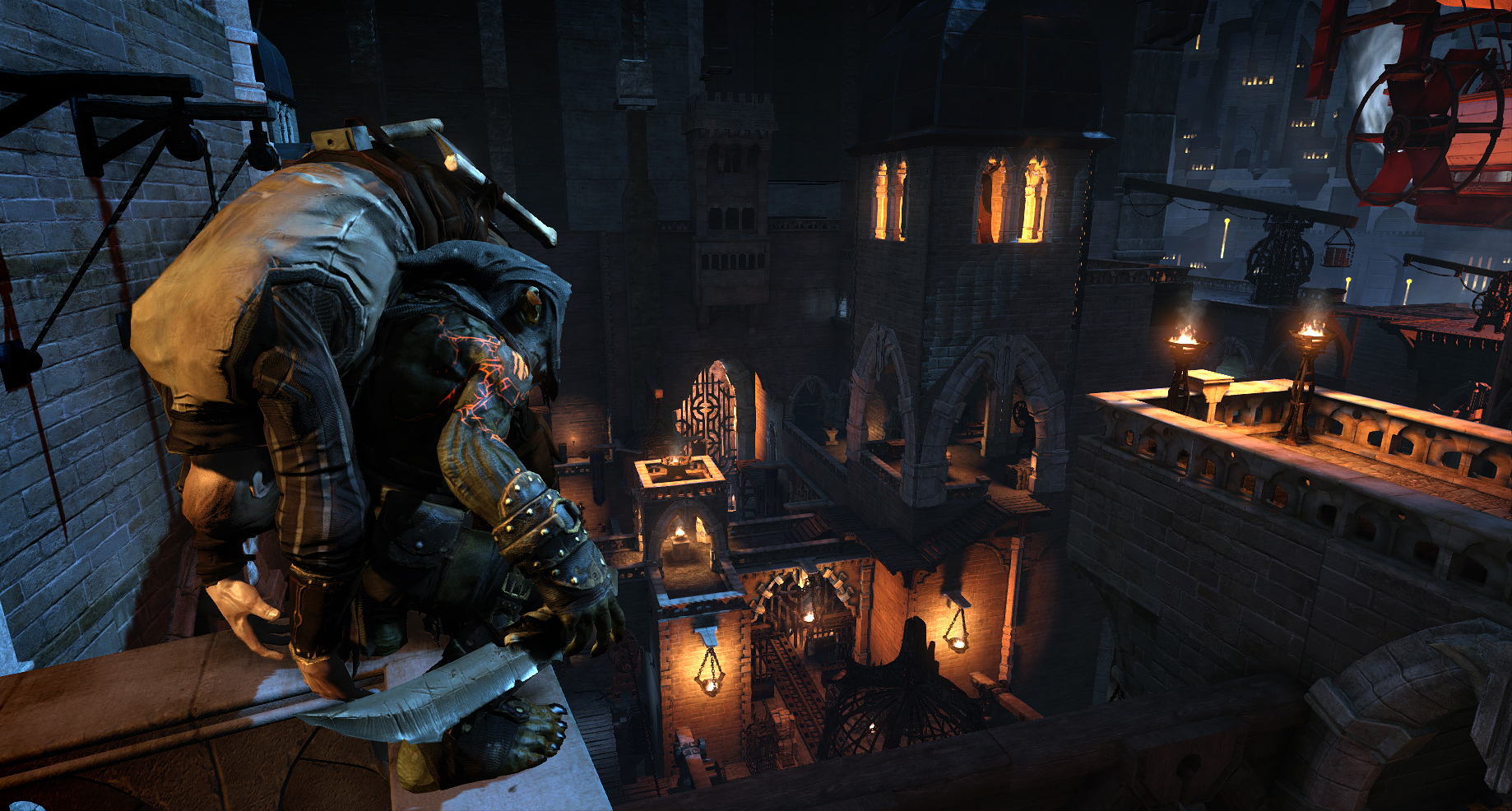 Have no qualms about it, you’ll appreciate all these options for progressing through. If you get spotted, you’re going to have a hell of time making yourself scarce. Combat isn’t like your traditional action games, there will be no hacking and slashing to be found. Instead, you have to parry your foe’s attacks with fairly precise timing, eventually throwing them off balance and going in for the kill. Basic enemies like workers will only need a single parry, but well armed guards might take three or more, it might be better to try to dodge their attacks and flee, but your short stature means your pursuers have an advantage of speed, as well. Expect to be able to fend off a single enemy, at best—engaging with more than one enemy spells almost certain doom, starkly opposing the Footsoldier Syndrome that plagues many of Styx‘s contemporaries.

All this freedom does come with a price, however. The game isn’t particularly long, hovering around the twelve hour mark if you play pretty well. It’s quite difficult to be able to tell when you might be able to make a certain jump, and grabbing ledges seems to have an unacceptable rate of failure. Even with Styx’s impressive ability to course-correct midair, expect to plunge to your death (or at least into shitty situations) fairly often. Sometimes, indicators will show that you can use a ball of sand to put out a torch, or hit a guard with a knife, only to have it bounce uselessly off of some set dressing.

For a game that isn’t produced by a major studio, the game also has a suprisingly effective presentation. All the areas within Akanash are at once sprawling and confusing, but capable of being crowded and claustrophobic. The musical score isn’t unbelievably memorable, but definitely rises to the occasion, and provides a lot of emotional support to your comings and goings. If anything in the game suffers, it’s the characters themselves, with awkward facial animation and poor syncing with dialogue—dialogue which, I might add, is presented with some almost comically bad voice acting. 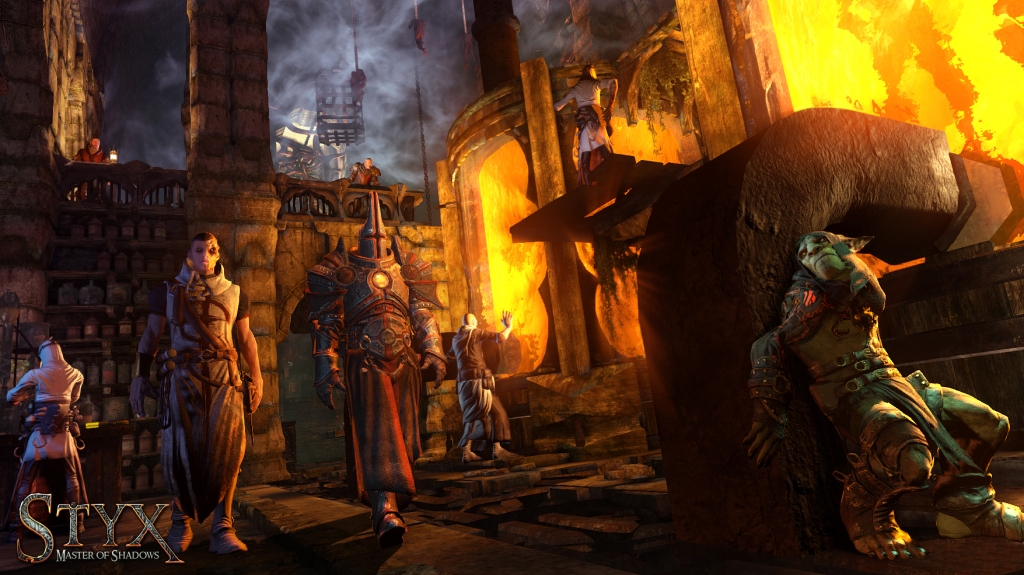 All-in-all, though, this is a game that classic stealth fans will want to give a look to. The mechanics and the levels come together to provide a real feeling of infiltration, even if sometimes the cost is a bad ledge grab here and there. The game features a generous save system, so by managing that properly, you’ll not spend a lot of time navigating the same areas. Cyanide Studios has done a pretty good job delivering an experience that makes you feel like you’re in in charge, something so many games these days feel like they’re fighting against.