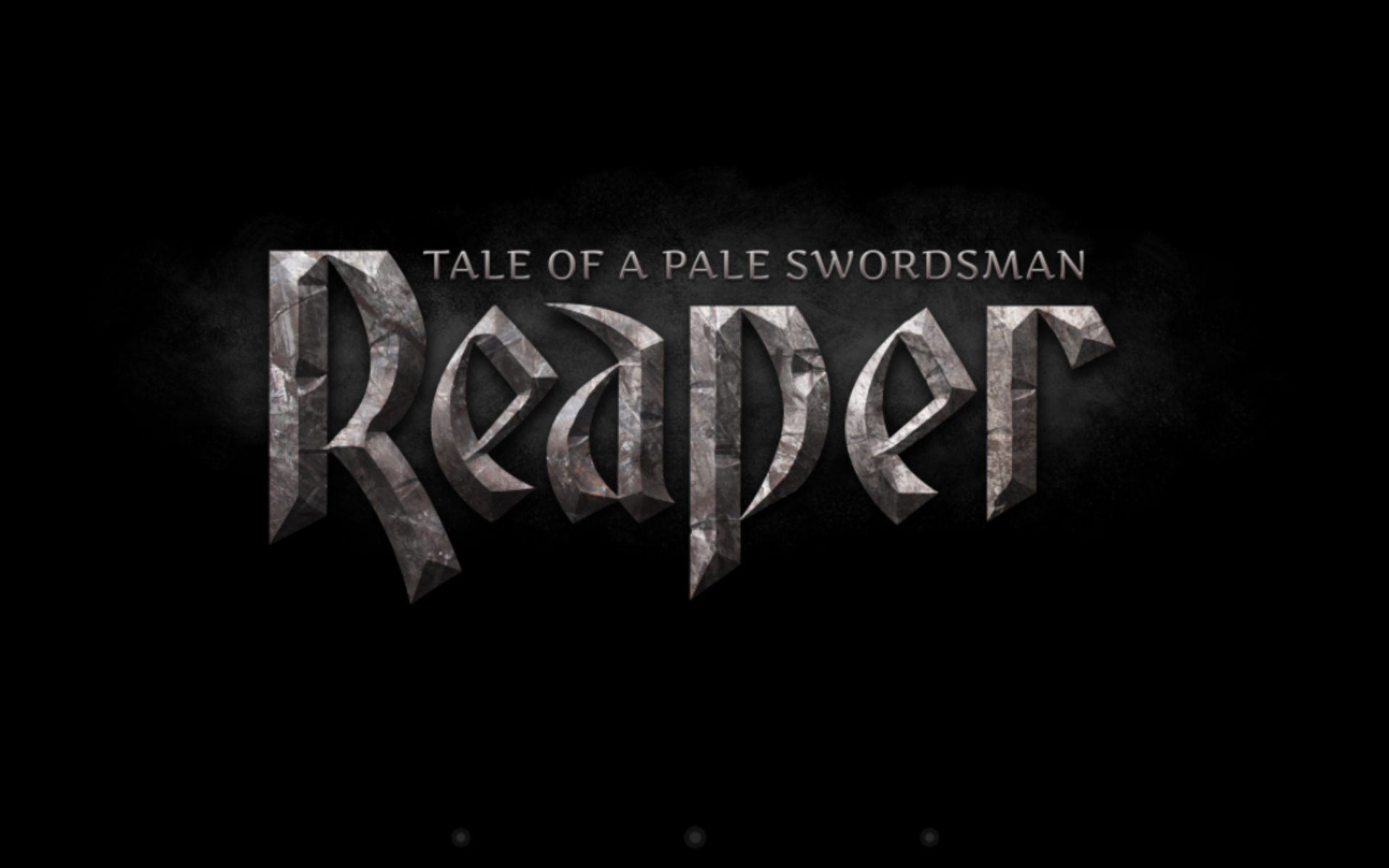 Reaper – Tale of a Pale Swordsman Lands on Steam

Last month Android and iOS users were treated to Reaper – Tale of a Pale Swordsman, a side-scrolling action rpg akin to Rogue Legacy on the PC. Reaper however plays a lot more like a traditional RPG than the aforementioned, forgoing the rouge-like elements of its inspiration.  While it does effectively utilize many rpg elements well, it’s definitely not perfect. However, developers Hexage of Radiant Defense notoriety aren’t kidding themselves and only ask $5 for their PC port. All in all it’s absolutely worth the time and money.

The core of the title is the combat, a 2d hackfest of the slowest kind. While you would imagine a title like this to warrant flashy moves and twitch gameplay, it has a very slow deliberate pace which can be attributed to its mobile roots. While your movement speed is upgradable as you level up, the game still sports a pacing better suited for a touchscreen than a battlestation. That being said once you get used to the deliberate pacing the game actually tends to open a little.

While we are keeping in mind that this is pretty much a direct port of the mobile title, there were a few gripes we have. First and foremost is the inclusion of an “auto attack”. For a mobile game this feature makes sense, but the fact that it was not made optional for the PC port hurts this title, especially due to the fact that it’s the catalyst of the games combat system. As you walk up to enemies without pressing any button whatsoever your character will be begin chopping away, but only if you just close enough. This does damage and fills a meter which provides you with a limited number of increased attacks. This is a really cool concept and a unique take on what could have easily been your every day mana bar.

RPG elements such as purchasable armor and weapons with varying stats are present, along with random encounters during your travels between objectives on the map. Gold and experience points are won through battle and leveling up will offer you a choice of several different upgrades to choose from. We loved that it’s itemization was directly linear, but rather offers stat bonuses to different stats. To accommodate, players can store up to 6 of each type of weapon and armor to mix and match various stat boosts before battle. What is lacking however are any progression of skills. You begin the game with the attacks you will use throughout the entire game.

The story is simply text based with choices to respond like, “Sure.” and “Whatever.” You’d imagine that the story is largely a forgettable afterthought of the core, but we found ourselves getting intrigued the further in we played, definitely unexpected. We did love that Reaper, the main character is an uncaring asshole for most of the game, who simply wants to get paid. It’s a nicwe change of pace from the normal, honorable heroic types.

Even though the game can get somewhat repetitive, it’s a fantastic title to pick up and play every once in a while as extended play times really shows the life expectancy of the title. Enemies are not too varied and once thier patterns are discovered there isn’t a whole lot of challenge left, even if the screen does resemble bullet-hell shooters at times. Sometimes the game tries to be challenging artificially, especially through the aforementioned “auto-attack”. The only way to not hit like a sissy is to fill your meter, and the only way to fill your meter is to stand close enough to your enemy to start swinging. We found it frustrating at times getting the exact distance necessary for activation. As such it’s quite easy to take unintended damage; even when the attack does work you can either take damage, or dash out of the way. The issue here, is that your dash actually uses a portion of your meter – in other words, if you want to beef up your attack, you’re going to have to take damage.

Reaper – Tale of a Pale Swordsman is still a lot of fun to play and worth the measly $5 price tag Hexage is asking for. If you’re a fan or game like Rogue Legacy for Castlevania, don’t hesitate to skip out on your latte tomorrow – pick this up instead.