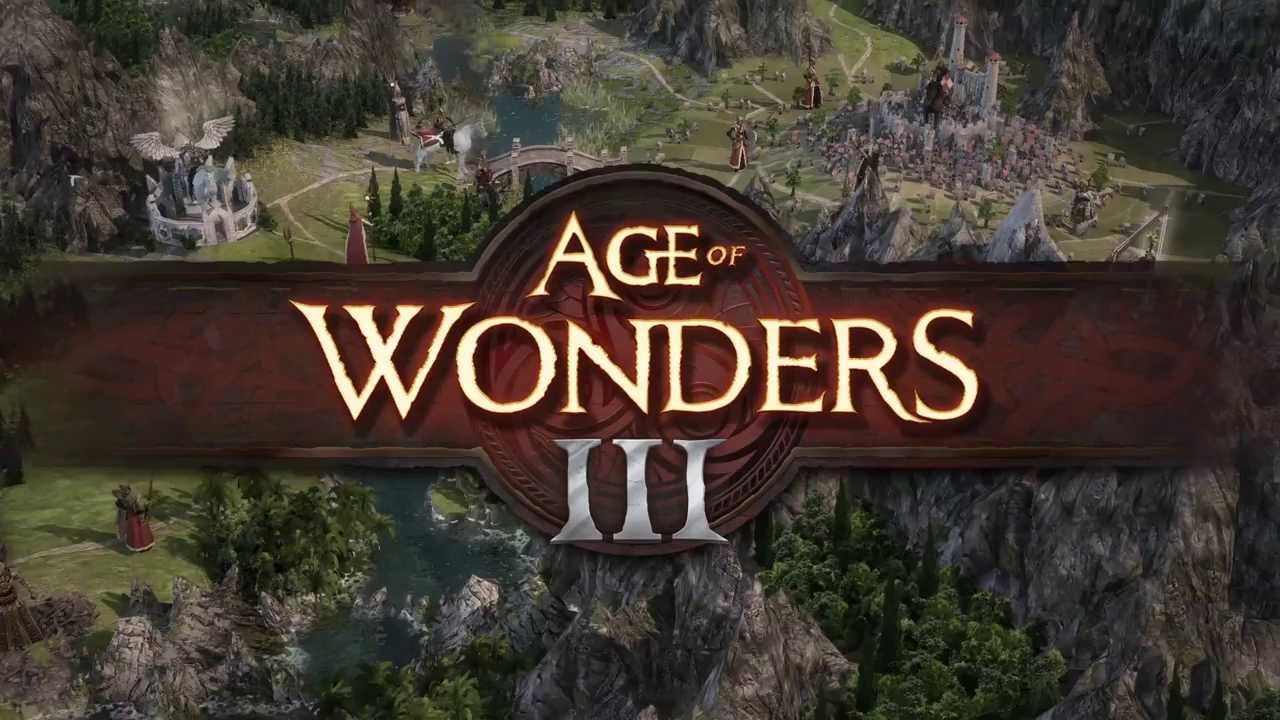 “I’ll tell you what,” I said to the Draconian, “Let us form an alliance. I’ll give you a large portion of magical energy every day, if you pay me a small tithe in gold. We will stand victorious, together!”

Age of Wonders III is a chance to step into a fantasy world and enact swift conquest over your foes in a matter that makes me think that somewhere along the way Heroes of Might and Magic and Civilization got a little drunk at a party, and Heroes showed up a year later with a baby game in tow. By streamlining combat and cutting back on some of the slogs of the empire-building or 4X styled games, Age of Wonders III strikes a nice chord. 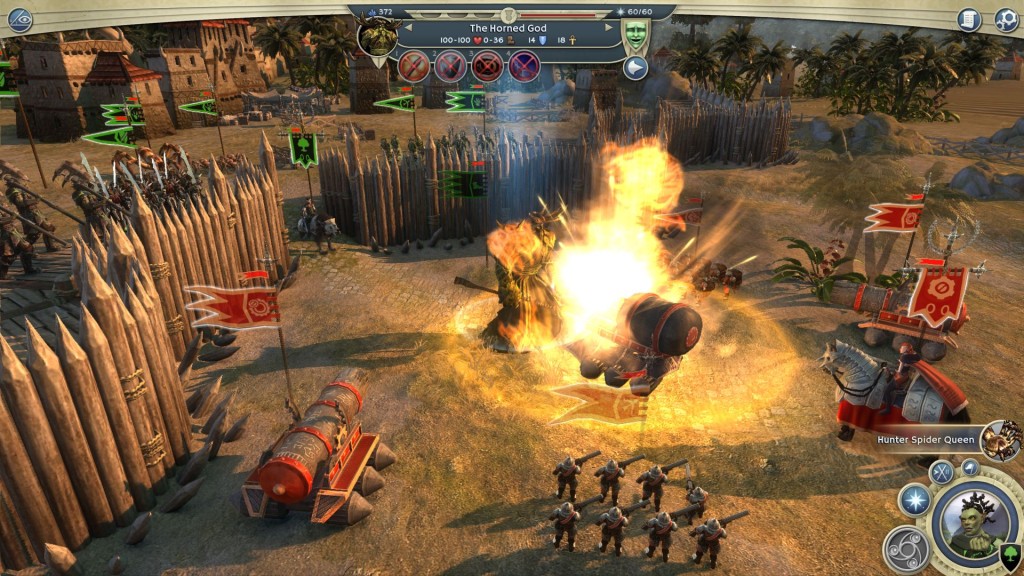 The premise is simple enough, and the game makes sure to remind you of it every time you start a game or load a save: rise to power and defeat all other empires. You may or may not make friends along the way. You’ll fight battles against zombies, dragons, Elven archers, conjured crows, and killer Dire Penguins (yes, Dire Penguins. They’re as awesome as they sound). You’ll raid tombs, collect items, train heroes, make mistakes, and you’ll probably enjoy the crap out of most of it…for a while.

I would call the game a great entry point for people new to this style of game. A far cry from the RTS stylings of managing an economy of a few resources and mass-producing death machines, Age of Wonders takes the long-term decisions when it comes to building improvements to cities and researching “technologies” (magic? Depends on your character) and cuts them time investment down considerably. And where Total War-esque games might have truly tactical combat distilled to almost terrifyingly difficult proportions, the romps here are a simpler, hex-based affair. 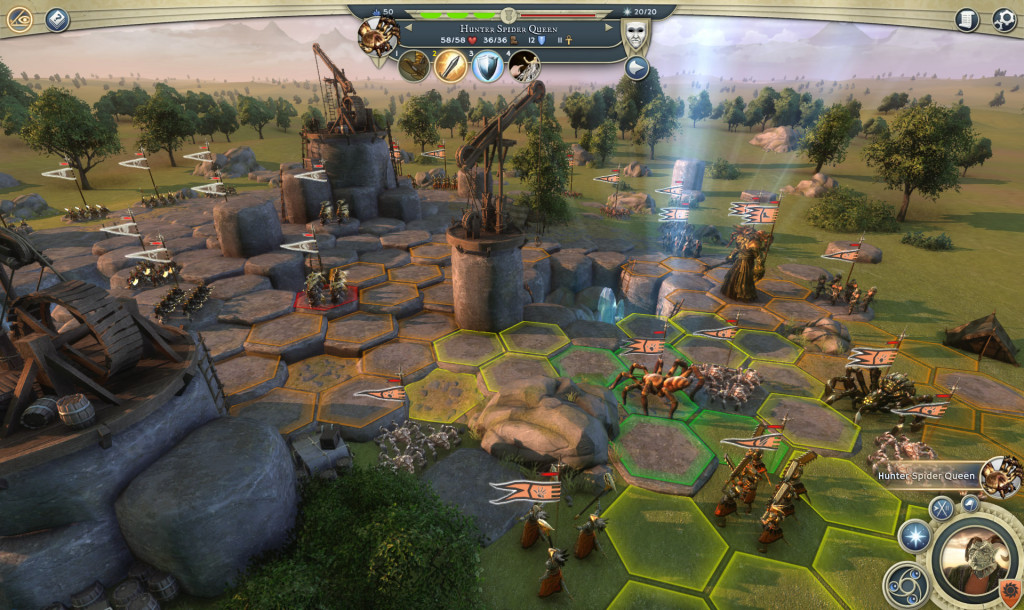 All this adds up to a game that promotes forward motion, and gives a nice constant sense of self-improvement, although the feeling of accomplishment that might come with each upgrade is somewhat diminished. It’s a game that can very well introduce the concepts of some of the big players in the genre in a package that is generally more accessible, while still being fun to play for experts, as well.

The first thing to point out is the number of options available to the player upon starting a new campaign. Maps are randomly put together, but you can give some input as to the makeup of the land from number of players and overall size to the presence of bodies of water or even separate continents. Obviously you have basic choices like difficulty and number of opponents, but you can also affect starting resources, the size of cities, number of roads and treasures, roaming monsters, whether there is an accessible underground cavern system (or an all underground game, if you like) and even the distribution of various kinds of terrain. The unparalleled level of control lets players with less time start a game with huge cities, large resource pools, and lots of starting skills for quicker games; while hardcore strategy buffs might start with just a settler and start their entire empire from scratch.

Once you’re in your first game, I do have a warning for you: there is an absolute wall of information that the game throws at you when you start. There’s a glossary of terms, the Tome of Wonders, which serves as both a tutorial and reference material that, while well laid out and easily searchable, is not particularly interesting outside of lore, and can be a bit of a slog.

Otherwise the idea in most random game scenarios is to amass gold and manna and spread the influence of your empire across the map. Along the way you’ll hire heroes who can gain their own experience and level up in a traditional RPG style, learning new skills and gaining strength along the way, even finding loot in various places to give them unique abilities or further enhance their powers. Every city you found projects a area of your domain, automatically gathering the income from any unoccupied resource structures inside that sphere. As a city grows, so too does its area of influence. 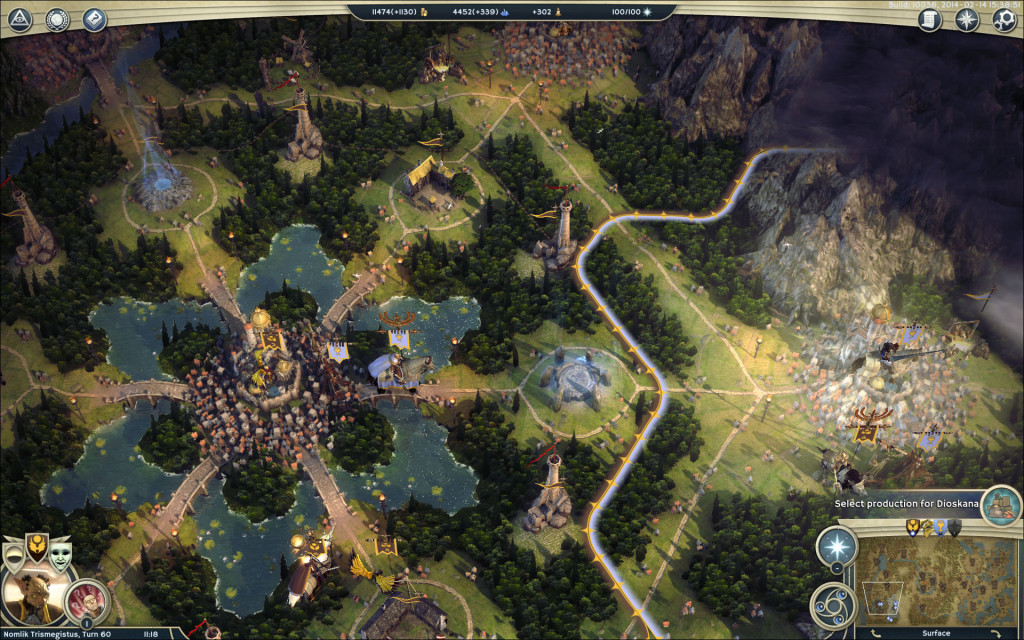 Every city has a laundry list of improvements that can be built to make them more effective, as well. The contributions to your research, manna storage, and gold stores can be improved, as well as defensive structures, training grounds for new units, or systems to make your city happier (and thus, produce more in general).

While other games might have these sorts of improvements take a considerable investment, however, Age of Wonders III cuts this time down dramatically. At my most productive, my primary cities can build the most advanced improvements in three turns, sometimes less if I’m lucky, and there is no exclusivity in terms of having to select one upgrade over another, eventually, all improvements can be built into any city. The short production time and lack of real consequence or specialization does make these decisions seem, at times, inconsequential, thus the cathartic payoff of building what might be your most advanced units is greatly reduced, even going so far as being able to mass-produce units that can demolish enemy armies in just a couple of turns each without significantly impacting your resources.

That leads itself into the combat of the game itself, a turn-based affair set on a hex grid. For the most part, it turns into the regular trading of blows fairly quickly. You can elect to have the AI handle these combats for you completely off-screen, or jump in and out of pausable combat, if you like, or do as I do and take full control of your armies. Every unit in the game has a (somewhat intimidatingly) long list of attributes and abilities for all its units, which can help make them all feel unique, though they may not all be particularly useful (I’m looking at you, Draconian hatchlings).

Bringing in hard-hitting melee units to shield your ranged support and keep your armies healthy is a satisfying endeavor, when your tactics prove useful. After all, your armies are limited to only six groups—though any adjacent armies can take place in battles. Thus, the game starts with small scraps and culminates in impressive bouts between up to 36 units, with spell-slinging heroes, archers and all the accouterments one might expect. 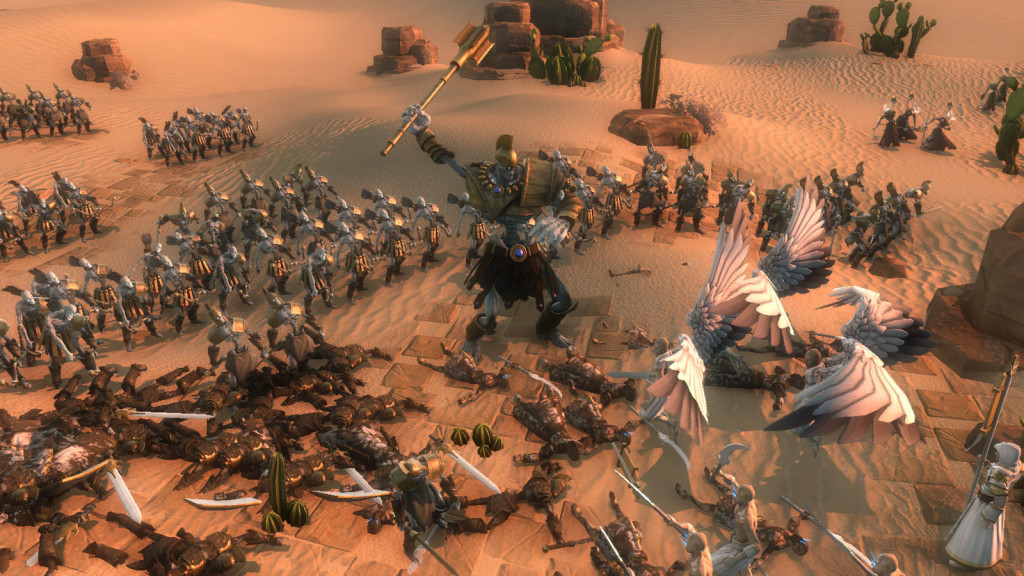 There are some balance issues at play, however. For instance, ranged attacks can suffer a variety of penalties (-50% damage when exceeding range, -75% line-of-sight penalties), which can severely reduce the effectiveness of many ranged units that shoot straight, or only once—pretty much anything with a crossbow. Then you have the High Elf Longbowman, who have an arcing shot that avoids most LoS issues, and have long range that suffers no penalty at maximum shot distance and can shoot up to three times if they haven’t moved far that turn, utterly decimating enemy armies with little effort. They’re not even difficult to produce early in the game.

The UI could use a bit of tweaking, as well. In a game where the environments are as large they are, the lack of iriszoom style map control is borderline upsetting, requiring either keypresses or clicking-and-dragging the map to get around. Buttons are occasionally unresponsive, and there’s a small bit of texture pop problems (though my hardware may be to blame on that one). In combat, height differences between tiles can make precision clicking difficult, and while it may be better than making moves I didn’t intend to make, since left-clicking anywhere is only used for selection, I’ve unselected the unit I’ve meant to plot orders for far too many times. 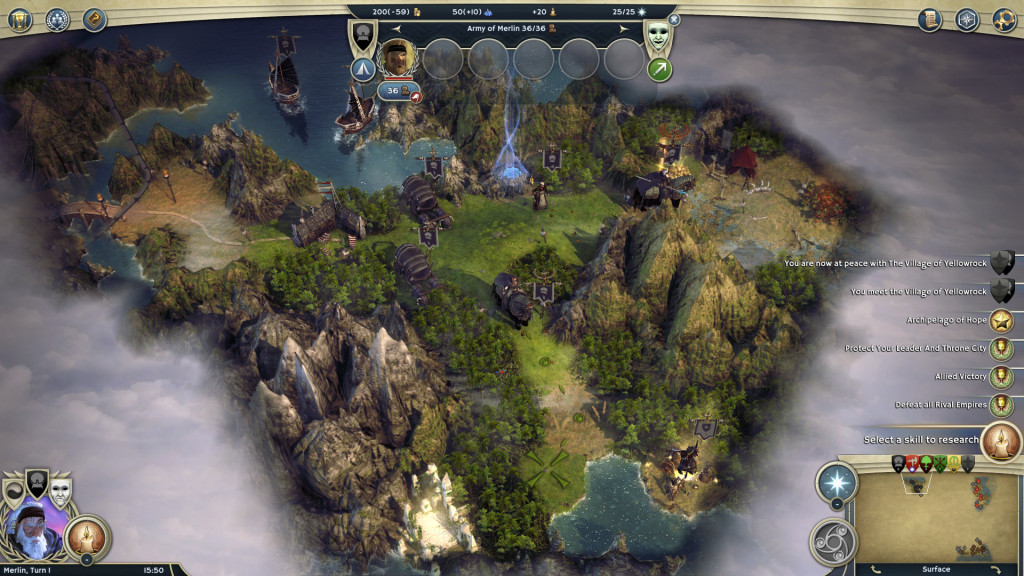 The game is relatively attractive. The environments are shameless tiles, but are rich and colorful. Cities are pretty cookie-cutter looking on the maps, but the diversity of the inhabitants of the world is a good balance to this. Since there are both racially unique units, and units exclusive to your hero’s archetype, it’s cool to see the differences between, say, a Dwarven crusader and a Draconian one, making your hero type give your empire a unique flair. You can even create your own custom hero for each game, if you like, from type and general alignment down to their appearance and clothing (to a somewhat limited extent). The game certainly won’t win any awards for visuals—the animations could use some work, and it lacks the real wow factor when you get right down to it, but there’s enough personality in it, and none of it has been particularly offensive to the eyes.

I wasn’t really sure what to expect going in to Age of Wonders III. Looking at it immediately conjured nostalgic memories of my Might and Magic days. Lately it’s been hard to find enough time to dedicate to a game like this, which means one really has to hold my attention to follow through with it all the way. Considering that last night, I convinced two of my three rivals to form an alliance with me and declare war on the other in the span of a few days before I smote him (and shot him with lots of arrows) and claimed victory, that should be enough to tell you that this is one you might consider, whether you be new to the genre, or are looking for something slightly lower-impact than your usual.

You can get Age of Wonders III, by Triumph Studios on Steam for $39.99.