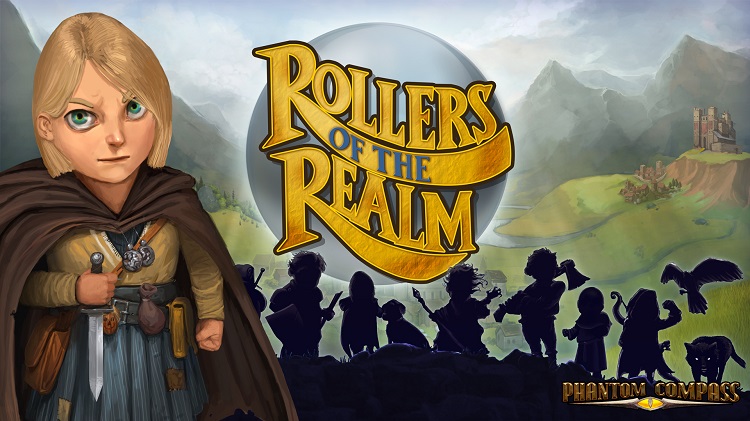 Unfortunately, these types of locales are few and far between in the new era and a lot of younger gamers may not have had the chance to experience these machine-filled electronic playgrounds. You could find all kinds of different game types, but some of the most prevalent additions to the arcade scene were pinball machines.

There is something so exciting about a pinball table: the way it lights up, the way the score counter climbs as you hit those hard to reach spaces, the way it blends skill and coordination with just a hint of luck. Unfortunately, arcades are hard to find in smaller towns, and it can be incredibly expensive to purchase your own. Thankfully, we’ve seen a few digital pinball games pop up here and there. But one developer is taking their love of pinballing to the next level, by crafting a blended game experience that hopes to help reshape this classic genre. 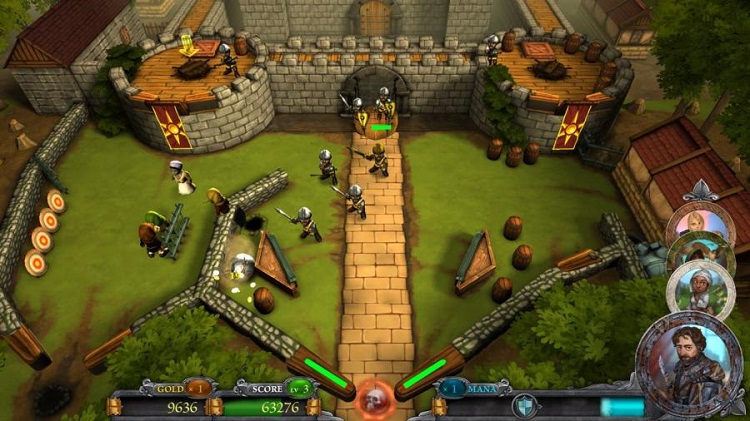 Rollers of the Realm is a pinball RPG from Phantom Compass, a relatively new indie developer that is hoping to burst onto the scene with their interesting and entertaining release. Any of you familiar with a pinball table may actually be surprised with how Rollers of the Realm looks. We’d expect to see a slew of bumpers and flashing words, flanked by large paddles and launching stations. Some of these things are present, but they’re hidden incredibly well in the colorful and imaginative fantasy landscapes.

The play-field doesn’t look like a traditional pinball table, it appears much more like a top-down strategy game, lined with well crafted 3D elements and 2D hand-drawn backdrops. The storyline cycles through a wide variety of locations, including dungeons, fields, massive castles, intricate secret passageways, and other fantasy-themed landscapes. The graphics may appear a little cartoonish at times, and some of the enemy units may not look as “menacing” as some would wish, but overall Rollers of the Realm provides some very crisp and entertaining visuals. 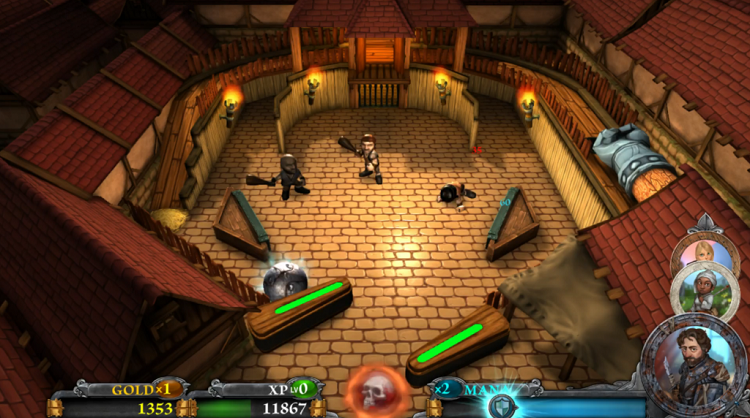 Gameplay is just as interesting as it is enjoyable. It’s not your traditional RPG, so be sure not to mistake this for an epic romp like Skyrim or Dragon Age: Inquisition. Rollers of the Realm follows the journey of a rogue, mage, and warrior, as they battle their way through hordes of enemies in a land full of corrupt kings and twisted castles. The catch, is that you’ll make your way through each level not as a player, but as a pinball. Each character has their own ball shape and type, and comes complete with special abilities.

You’ll be required to switch back and forth between certain characters to progress through some seemingly impassable objects. Rogues are skilled at fitting in tight spaces, while the warrior can use his massive shape to decimate weak walls and doorways. As you progress through the story you’ll be able to pick up a variety of smaller characters which help aid you through certain parts of the game.

Combat is where the RPG elements really shine through. Not only will you be forced to contend with solving puzzles and placing the ball in the exact spot needed, you’ll be required to attack and defend yourself against a variety of enemies and bosses. In each “level,” you’ll notice a set of green health bars located always on the “middle paddles” of the game board. If these bars deplete, you’ll be forced to start the level over. Healers and other defensive units can help you protect against enemy attacks, while other units can help you whittle away at enemy health bars, draining them as quickly as possible. You’ll also be able to purchase helpful items and “spells” to use throughout your quest. The story isn’t necessarily anything spectacular, but the character design and voice acting is well done.

If you’re a fan of pinball games, or are really just looking for something new, interesting, and refreshing, I would highly recommend giving Rollers of the Realm a try. With a low price tag, a lot of character choices, and many items to collect, it’s well worth the purchase. You can grab Rollers of the Realm right now on Steam for $9.99.