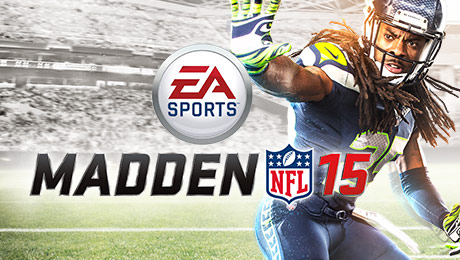 Madden NFL 15 Amps Up The Action, Breathes New Life Into The Franchise

Madden has been a mainstay in my house ever since I loaded up Madden NFL 97 on my Playstation. Football has always been my sport of choice, and Madden continues to offer the best platform to play as my favorite players and teams.

The franchise has come an incredibly long way since it first arrived on SNES. Gone are the blocky, 16-bit, faceless characters, replaced in the modern age by impressive 3D, high-definition graphics and heavily updated player models. Strategies have evolved, and the game series has seen a serious bump in artificial intelligence and overall roster depth. Madden 15 manages to take things a step further, offering visuals and gameplay that are truly next-generation.

Madden has progressively crept up the graphical scale, but this is the first time I’ve noticed a massive visual quality jump in the new age. The players in each previous Madden had character models that closely resembled their build and structure, but Madden 15 puts a serious emphasis on visual realism. Each character design and 3D model has an immense amount of graphical accuracy when compared with their real-world counterparts. Facial expressions and speech animations are all expertly crafted and fine-tuned this time around.

It really puts you into the game and it really helps immerse you in the world of the NFL. You aren’t just taking control of a cookie-cutter character model when you play as Russell Wilson, you’re playing as a detailed version of the Seahawks icon, and it really makes the game a more enjoyable experience. It isn’t just the players that have seen a graphical update though, almost every aspect of the game looks leaps and bounds more polished than in previous years. Each stadium has been expertly crafted and detailed to resemble real world locales, curve for curve and seat for seat. The crowd isn’t a sea of cardboard cutouts or paper thing people, and between the screaming fans and the beautifully landscaped fields, you can’t help but feel like you’re part of the action. 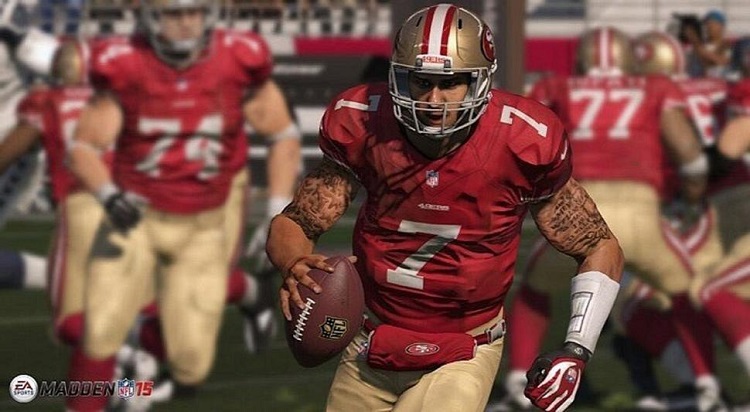 But as visually impressive as Madden 15 looks, the graphical updates take a back seat to the array of gameplay changes that developers implemented in order to make this the most interactive Madden to date. Many new player control features have made their way to the gridiron, including a newly revamped pass rush mechanic. War in the Trenches 2.0 introduces some new rip and swim moves for defensive linemen.

Once the ball is snapped, you can gain an edge on offensive lineman by pressing a corresponding button in a timely manner. If you can manage to perfect this timing, you’ll get a speed boost and a jump towards the quarterback. During the “lock up” with a defender, you’ll be prompted to hit certain buttons, and correctly tapping these controls will progress you towards the quarterback even faster. This will allow you a better chance to sack the QB, and should help you put more pressure on the opposing team. Mastering this new skill can make you a formidable opponent on defense, and the higher your defenders ratings, the easier it is to surpass these little “mini events.”

Another beefed up addition to defense is Ball Hawk mode, a previously introduced mode that has seen a significant upgrade in Madden 15. Once you take control of a defensive back, you’ll have the ability to strafe and track the ball, reading the quaterback’s eyes as his scans the field to find a receiver. It’s easier to secure both catches and interceptions in Madden 15, making it a fair game for the offense and defense. If you manage to get a good read on the ball, holding a corresponding button at the top of the pigskin’s arch will automatically move your defender into a position for a possible intercept. Receivers on offense have the same opportunity, making quarterback accuracy and ball control all the more important in this latest installment. If you want the interception you’ll have to take it, just beware that the receiver has the same opportunity this time around.