Lords of the Fallen is its own grandiose adventure into chaos

The title Dark Souls goes hand and hand with the term acquired taste. The popular adventure-RPG with an unforgiving learning curve has been frustrating many a gamer over the years, and its steep difficulty level is often too much for anyone outside of the hardcore gaming realm. This is quite the shame, considering that Dark Souls offers a unique combat system, flanked by personal weapon choices and styles that provide for a rather rich and rewarding gameplay experience. Some developers and gamers would classify the Dark Souls journey as a diamond in the rough, and one group of individuals has attempted to improve on the “genre’ with their latest release, Lords of the Fallen. This ambitious title, from Deck13 Interactive is a definite homage to the Demon Souls saga, but does it manage to invoke the same feelings, and will it appeal to a broader audience? 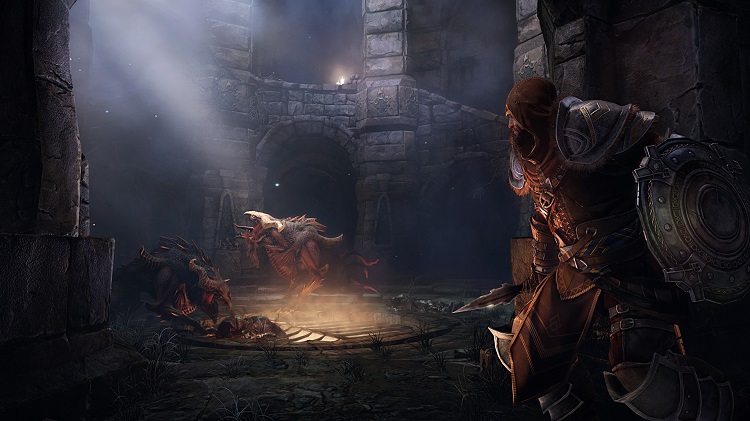 For the sake of giving Lords of the Fallen its own identity, I would rather not compare it beat for beat to Dark Souls, but I still feel that it’s necessary to offer up similarities considering the two titles are “alone in their own genre,” so to speak. That being said, Lords of the Fallen has an incredibly upgraded feeling to its combat system. It moves in a very slow, methodical, and fluid manner, and I will say that for most gamers who have never picked up this style of game, it will take some getting used to.

There is just something that is so satisfying about planning and executing your next attack. It’s the complete opposite of a “hack and slash.”  You can’t rely on brute strength or speed to overpower your enemies, and you’ll have to know how to block and dodge effectively to gain the upper hand in a fight. For the most part, you’ll find yourself engaging single targets, attacking hulking beasts with massive tower shields, or trying to dodge past the quick strikes of a dagger wielding maniac. However there are some instances when you’ll be overrun by the enemy, and forced to create a

strategy to deal with your attackers. The important thing to note is how truly difficult the combat can be at times. Early on, you’ll only be able to take a couple hits before it’s game over, so learning and mastering the combat as quickly as possible is supremely important. Unfortunately (although it’s fortunate for gamers who simply dabble in gaming), the difficulty scale takes a severe nose dive as you progress. You’ll end up gaining so much power and weaponry that you’ll simply cleave through areas and enemies once thought difficult. 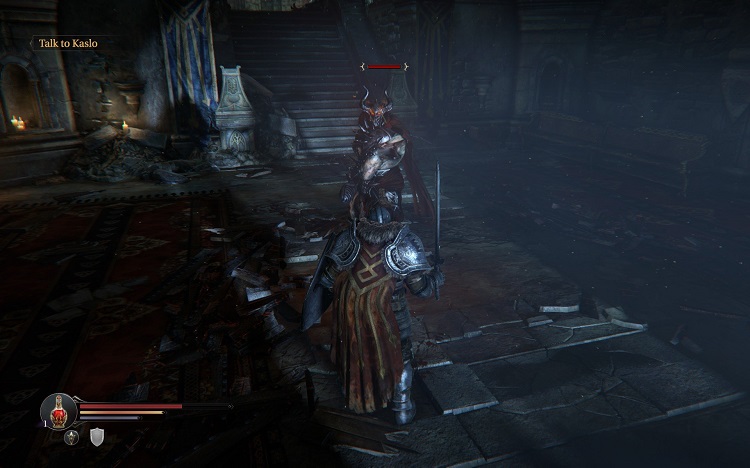 From a graphical standpoint, Lords of the Fallen is leaps and bounds above similar titles. The environments are gorgeous, the weapons and armors are imaginative and beautifully rendered, and the characters and enemies are incredibly memorable. This title truly feels like a next-generation installment, and the artistry manages to mimic that of the Demon Souls saga, while still maintaining its own excellently crafted identity.The animations are well done, and physical limitations have even been considered.

Each weapon classification has its own particular attack patterns and movement speeds. A lot of graphical elbow grease went into the product of Lords of the Fallen and the finished product is a beautifully rendered adventure that oozes imagination and macabre locales. The story is well crafted too, and without spoiling anything here, it’s a truly gripping tale of inner struggle, betrayal, and an eternal warfare between humans and gods. 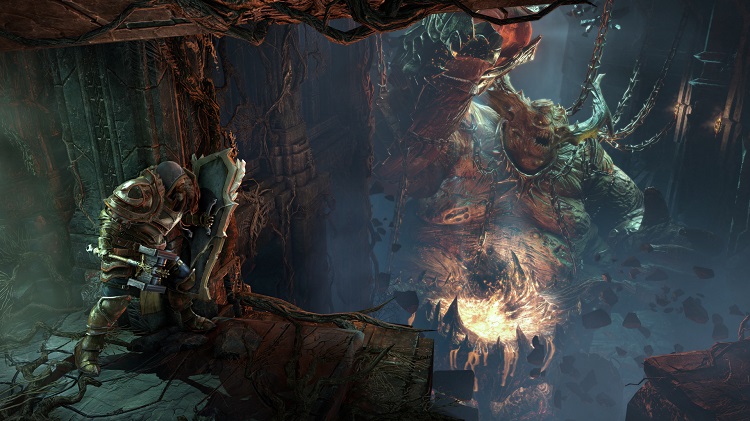 Many will compare this release to the Dark Souls saga in terms of its validity and overall substance, and while it’s hard not to analyze each of these works pixel for pixel, it is important to see that Lords of the Fallen has its own unique signature, and manages to separate itself enough from its predecessors to be classified as an original work of art. The Lords of the Fallen experience isn’t about taking a Demon Souls game and making it better, it isn’t about twisting the genre enough to manipulate the journey for the “casual gamer.” Lords of the Fallen is a monstrous journey through hordes of malicious and odious demons. It’s a powerful epic that spans multiple realms, and blurs the lines between humans and gods. It’s about brooding creatures, the vile hearts of desperate men, and the crumbling world that encapsulates this pure chaos. Lords of the Fallen is a story driven affair that will leave you hungry for more, and I am hopeful that we will see a sequel sometime in the near future.