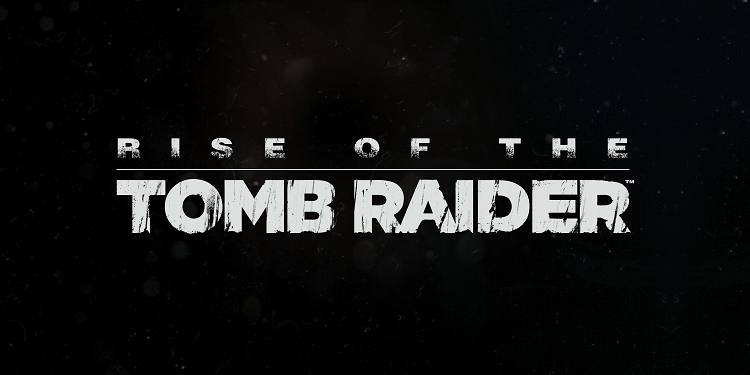 I’ve followed Tomb Raider since its beginnings, but it wasn’t until recently that I became enamored with Lara Croft’s adventures. Back in 2013, we saw the release of a new Tomb Raider, one with an intense graphical shine and an overhauled gameplay system. I fell in love with that release, and it easily slipped into my top-20 list of favorite games. Now, two and a half years later, Crystal Dynamics has tossed another Tomb Raider release into the franchise. Thankfully, the developer stuck to its formula and is giving fans another title that improves on Lara Croft’s storyline, while still offering up all the goodies that made the 2013 reboot such a success. Rise of the Tomb Raider is a wild adventure from start to finish and manages to encompass all of the amazing elements we’ve come to know and love.

From the moment you start up Rise of the Tomb Raider, you’re instantly thrown head first into the action. Lara’s journey is a ragged one, and there are so many instances in which you’ll find yourself careening down a mountain side or tumbling through rocky labyrinths. The Tomb Raider experience has become a cherished underdog story in which the heroine isn’t classified as an overpowered juggernaut who scoffs in the face of danger. Lara is very much a timid soul, albeit one with a wildly adventurous spirit. Because of this, you’ll find yourself taking punishment, and the moments in which you escape Mother Nature’s grasp may feel more like immense luck than anything else. The enemies you come across are “smart,” and armed to the teeth, so it is not recommended that you dive towards them haphazardly. There is a severe amount of danger for Lara, but what she lacks in firepower, she more than makes up for in survivability and ingenuity. Rise of the Tomb Raider does a fantastic job in meshing together stealth and combat elements with the excitement of exploration and adventure.

All of the Tomb Raider staples are back this time. Locating a campfire will unlock a new camp and allow you fast travel to that particular area. Camps also give you the ability to craft items, upgrade weapons, unlock skills, fine-tune gear, and even create new outfits to wear. The outfits will give certain bonuses depending on where and when you equip them. There are a number of different weapons to find and equip, and you can even find special weapon parts in old tombs. Collect all of the parts to unlock a given weapon, which you can then upgrade and change to best suit your play style. Skills are available in three separate trees: Brawler, Hunter, and Survivor. Brawler will give you access to combat skills that will help you incapacitate enemies more effectively. The Hunter tree will allow you to upgrade hunting skills that are essential for hunting wildlife in order to gain materials essential for survival. Last but not least, the Survivor tree offers up skills that will help you navigate treacherous environments, and give you bonus experience from discoveries. Those of you who love the newest Tomb Raider combat experience will find new and in-depth ways to complete your journey. New additions to stealth combat will allow you to distract enemies with bottles or other environmental items, and you can even set explosive traps for foes on patrol in a certain area. In some instances you can bypass combat with certain enemies entirely by using rooftops and treetops to pass undetected. There are quite a few new additions to the gameplay, although most of the release remains pretty unchanged in relation to its predecessor. Poison, explosive, and climbing arrows can be crafted, and Lara is capable of swimming this time around which adds a little more depth to the adventuring process.

Rise of the Tomb Raider is a gorgeous release. From a graphical standpoint, the game is perhaps one of the most visually-appealing titles we’ve seen in the last few years. No matter the platform, the environments, character designs, and action sequences are jaw dropping. I spent a vast majority of my time with Rise of the Tomb Raider simply gazing at the backdrops, and the visual intensity really helps to immerse you in the fantastical storyline. The events in Rise of the Tomb Raider take place approximately one year after Lara’s last adventure (the events in 2013’s Tomb Raider). Lara finds herself at a crossroads, as she attempts to better understand the supernatural things she witnessed in Yamatai. This forces Lara to follow some research left behind by her father. Before his death, he was seeking a magical city called Kitezh. Supposedly, this city holds the key to immortality, which Lara is convinced could solve a majority of the world’s pains. Even better, it is another supernatural affair, and Lara is hopeful that uncovering the truth will help her come to terms with the insanity she witnessed in Yamatai. The research points her in the direction of an ancient tomb, which is said to hold key secrets to discovering the city. Unfortunately, Lara runs into a paramilitary group called Trinity, and finds out that they have been following her in hopes of discovering the city themselves. This leads the group to steal a very important book from the adventurer, which forces her to journey to Siberia in hopes of getting it back. The Siberian wilderness is a frigid and unforgiving place teeming with hostile creatures and ancient areas. I actually found myself enjoying this storyline much more than the one featured in Tomb Raider, and I really applaud the writers for crafting such an interesting and engaging adventure.

Tags: Adventure, pc, Rise of the Tomb Raider, xbox one