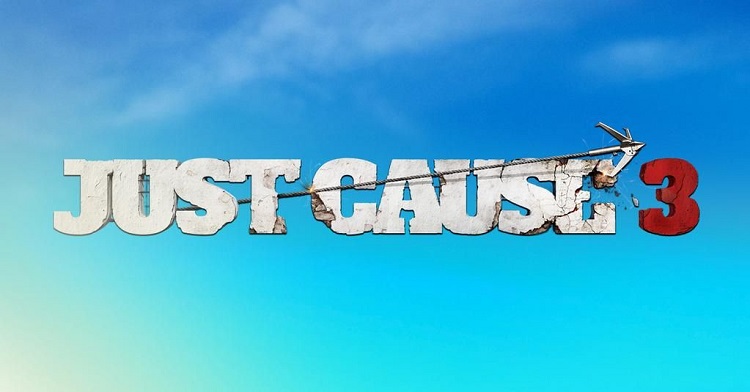 The Just Cause series has been a guilty pleasure of mine for some time now. I’ve spent a decent amount of time with Just Cause and Just Cause 2, but I never really found myself spending gaming marathons trying to perfect map completion or unlock everything. I’d play for a bit, and then move onto the “next big title.” Still, I found myself gravitating towards Just Cause whenever I had a moment’s peace, or whenever I felt burned out by something else. It always felt so exciting and refreshing each time I picked it up. These play sessions usually involved me blowing things up, taking down enemies, or engaging in some destruction derby GTA-esque driving. To this day, I don’t feel like I’ve progressed much through the storyline for either game, and I’m countless hours away from 100 percent completion. Because of this, I assumed that my experience with Just Cause 3 would be very much the same. To my surprise, Avalanche Studios’ latest release feels very different than its predecessors, which is a very good thing.

The plot remains rather similar to the first two titles. You’ll once again play as Rico Rodriguez, but this time you’ll find yourself on the fictional Mediterranean island of Medici. This particular storyline takes place several years after the events of Just Cause 2. Rico is returning to his home island, by will of The Agency. There he meets his childhood friend, Mario Frigo, and discovers that Medici is currently under tyrannical rule by the evil dictator, General Sebastiano Di Ravello. Mario is part of a steadily growing rebellion, but Di Ravello’s forces seem to outnumber the freedom fighters wherever they turn. It’s up to Rico to turn the tide in favor of the rebels, and for the first part of the game you’ll find yourself running errands for the resistance and liberating cities from the general’s grasp — until things change for the worse when Rico discovers a mysterious substance called Bavarium which has the potential to create great cataclysmic weapons. 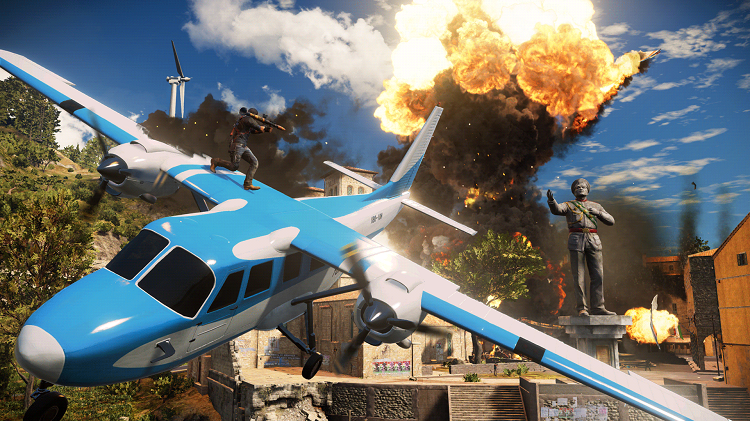 The world of Just Cause 3 is massive in size. It’s comparable to the landscape found in Just Cause 2, but features a lot more depth. Rather than simply traversing mountains an countrysides, you’ll find yourself trudging through caves and underground facilities. This adds a very unique layer of entertainment to the release, as there are many new and exciting areas to explore, many of which aren’t listed directly on the map. There are five separate islands that make up Medici, and each one has its own unique biome and landmarks. With over 400km of landmass to explore, it can take quite a while to see and do everything in Just Cause 3. To make things even more engaging, developers hid a mass of different objects throughout the islands. There are beacons to light, tapes left by Di Ravello, and even vintage “pieces” to collect. If you manage to scrounge up all the hidden items within a given set you’ll be rewarded with unique vehicles and weapons. Thanks to a handy beacon you’ll be able to call weapons and vehicles directly to your position, and you can unlock new weapon types and driveables by completing various missions or taking vehicles to one of Mario’s handy garages around the map.

The gameplay elements in Just Cause 3 are very similar to its predecessors, which is a good thing. Rico still has access to his handy grappling hook, but gets a unique upgrade in Medici. The new hook will allow you to tether objects together. You can tie enemies to one another, hook explosives to vehicles, and pull down gates and fences. Tethering is an invaluable tool, and the hook even allows you to retract the line in order to pull objects closer together. This adds a solid layer of fun to the gameplay, and gives you a very unique way to dispatch enemies and threats. Tethering a helicopter to a building and pulling it off course, or tying an enemy to a rocket-propelled explosive so he finds himself flying through the air, are just a couple of the ways that tethering can be used to your advantage. Rico also comes equipped with a parachute, and gains access to a wingsuit. The wingsuit will allow you to traverse the massive islands in Medici faster. You can even grapple while flying through the air to keep yourself afloat.

One could argue that the story elements in Just Cause 3 are a bit cliché, and honestly you will find yourself spending a lot of time liberating oppressed towns and toppling military installations. Still, I found myself much more enthralled by this release than any other Just Cause so far. The new elements, the improved gameplay, and the small additions to the franchise have created a game that offers a much better overall experience. I found myself progressing through the story with purpose, and liberating towns and bases because doing so was much more entertaining than it used to be. Developers even added unique challenges like races, wingsuit courses, shooting ranges, and other activities to break up the monotony. Better yet, these activities will reward you with gears which can be used to purchase special upgrades for each section of Rico’s arsenal.

This is definitely the best Just Cause I have played, and the only release to really hold my attention. If you’re new to the series, this is a great time to jump on the bandwagon, and those of you who are diehard Just Cause fans will find a lot to enjoy in this release. Hopefully, Avalanche Studios will continue to use this type of formula to improve on its Just Cause franchise in the future, making their next title even more entertaining than this one. For more information regarding Just Cause 3 be sure to check out the dedicated website here. You can grab this release right now for Xbox One, PS4, and PC. You can also expect some new DLC and an updated patch soon, with Avalanche Studios looking to keep Just Cause 3 relevant for a while with added content.