While a far cry from actually casting spells, we all know that true joy can stem from putting together the base components of magic and achieving fantastic results. I’m happy to announce that this is perfectly possible, and rather enjoyable, in Runers, a top-down roguelike that’s heavy on the customization. 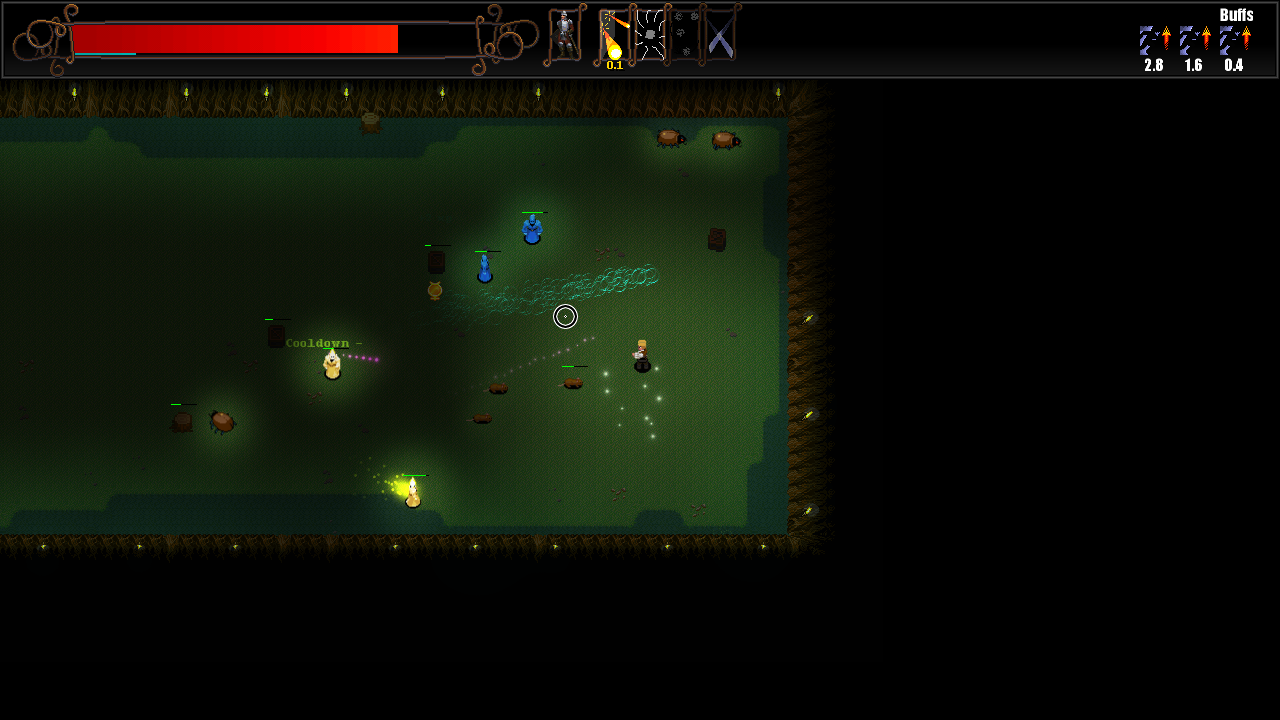 As the debut title from Let’s Get Kraken games, Runers is a clear child of tabletop persuasions. The narrative is sparse at best, but isn’t really the focal point of the experience, and I don’t feel as though the game suffers in any way because of it. As every floor loads, all you really get are vague journal-esque quotes about losing something (which happens to be referred to with feminine pronouns). To my knowledge so far, these entries are specific to a particular floor, so I imagine a narrative will emerge as you progress through the game, but I’ve been woefully unable to make it past the third floor.

The game is trickier than you might think, you see. It’s a far cry from a big-budget project, and as an indie it didn’t fall into the trap of trying to appeal solely to nostalgia for value. As such, the game sports an almost juvenile look—not adolescent (awkward or intentionally crude), but rather seems unassuming and nonthreatening (which isn’t the case in the least). 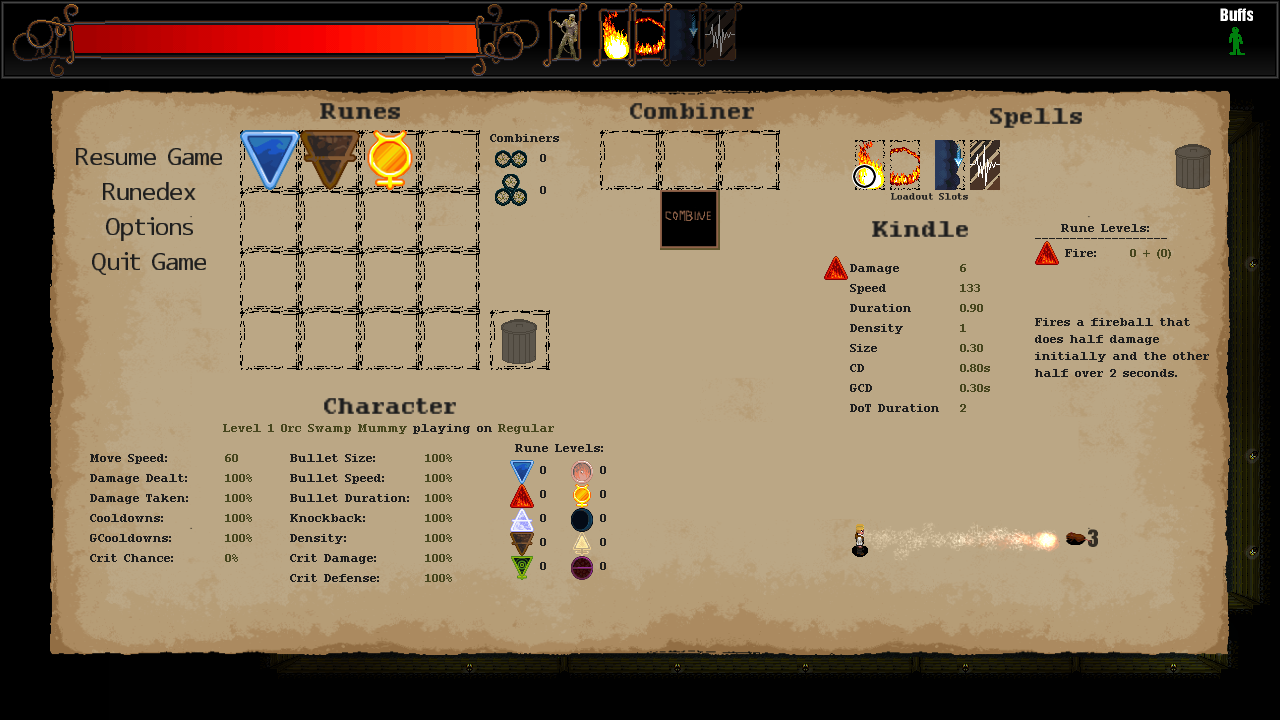 It’s a dungeon crawler through and through, like The Binding of Isaac, but without all the disturbing “undertones”. The Binding of Isaac focused almost entirely on item and level generation for the customization aspect of the game. You picked one of a set of premade characters and off you go, with your major choices being whether or not to grab a particular item. In Runers, you’re given a lot more control over your origins before you enter your PDL (permadeath labyrinth).

Upon beginning your adventure, you select a class and a blessing, as well as your starting spell. There are well over 50 options to choose from to start, so your characters can behave wildly different from each other in the early floors. You might opt for the blessing of the Wisp, which pulls pickups to you and guarantees that runes you pick up will have two modifiers, with double potency on both. The blessing of the Manticore gives you a small chance upon casting a spell to cast the spell twice, with the second casting causing random debuffs or other effects.

Your class determines a few base stat changes (nothing super noticeable), but more notably grants you an activated class ability for emergency situations. The Barbarian shouts and slows nearby enemies, and throws a giant sword that pierces and damages foes before striking a wall, stunning all enemies near that point. The Ranger focuses for up to five seconds and unleashes a ridiculous storm of arrows. The Duelist will charge to whatever point your cursor was at and deals AoE damage to any enemies he passes through. 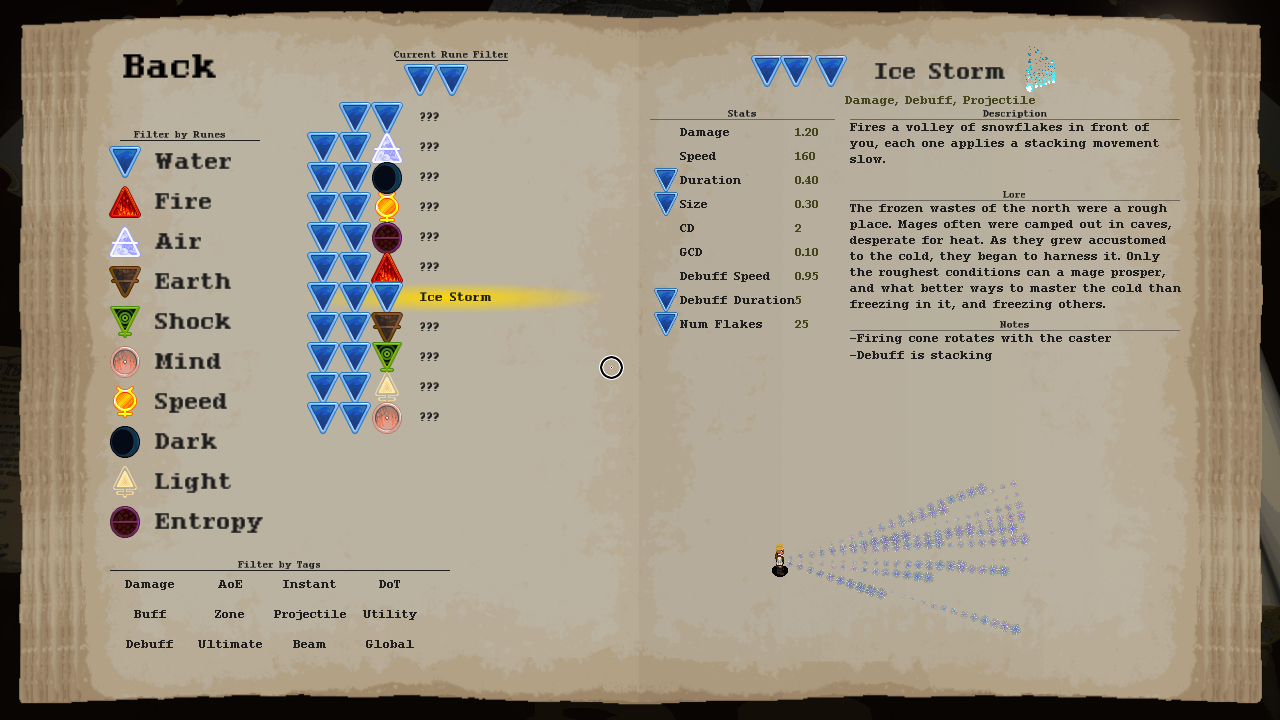 All this customization is impressive at the outset, and to explore every combination is going to merit a great many playthroughs. I’m more impressed by the fact that all the options have distinct qualities that make them easy to identify and gives each a unique feel during play. But even these aren’t the primary draw of Runers.