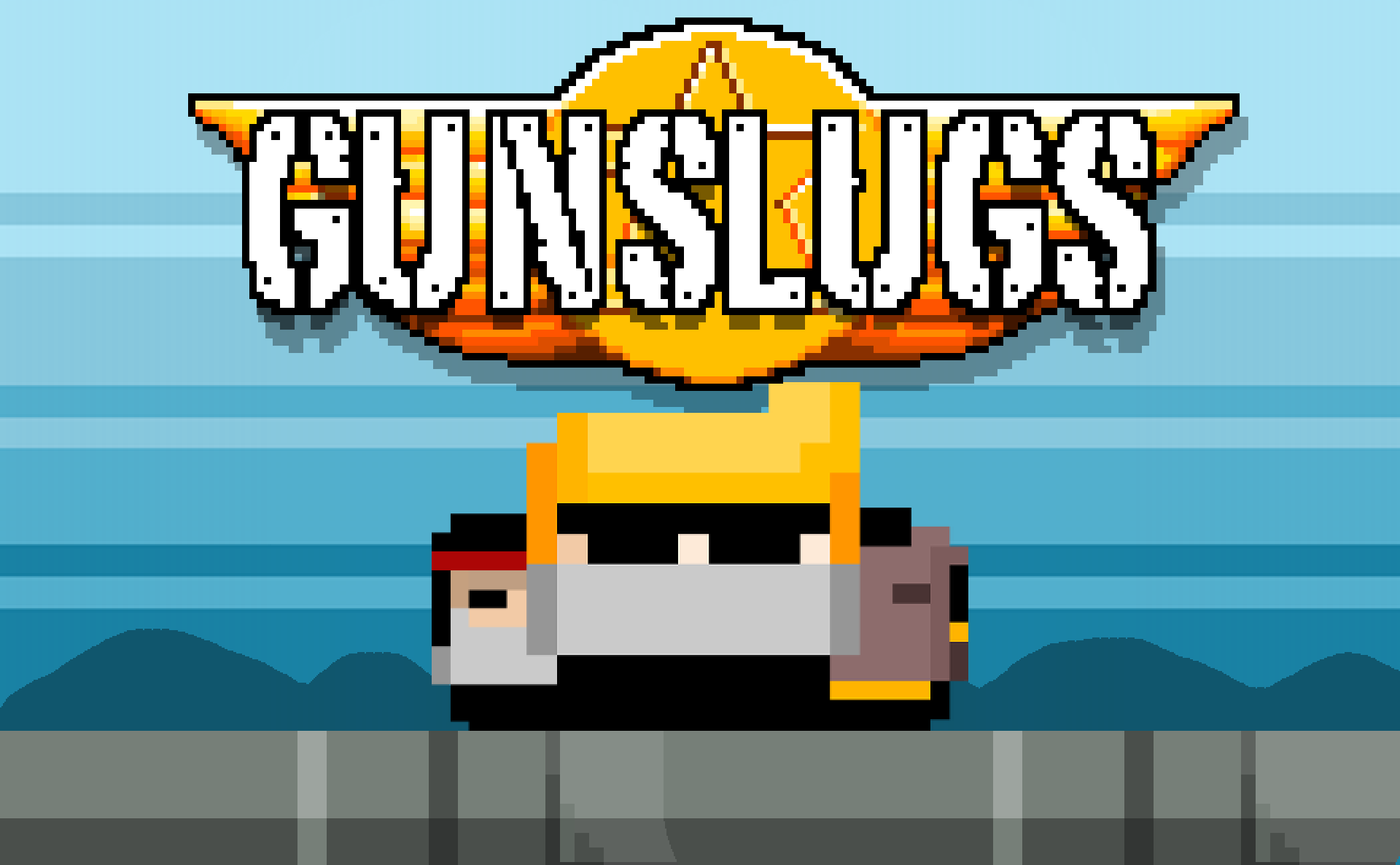 Despite all the attention gaming violence has been receiving in the media, there’s a certain zen to be found in a well-crafted murderfest, unburdened by ham-fisted moral conundrums or depictions of the horrors of war. Gunslugs just that: pure, unadulterated, retro-styled violence, recalling memories of Contra or Bionic Commando. And for just over two dollars, you’ve got what might be one of the best deals in recent memory.

The mission is simple: kill everything in sight, deactivate a set of mysterious beacons in every stage, and save any other soldiers that are around. The game plays like so many run-and-gunners, move to the right, shoot many bullets, and don’t die. The beauty of Gunslugs over a sea of games like it comes in the unity of all its elements.

The action is quick and unusually responsive, with simple controls, there’s a shoot button, a jump button, and movement. That’s it. You’re assaulted by a deluge of oddly adorable members of the Black Duck Army, an organization straight out of 80s action films. The game’s design does a phenomenal job of pushing you forward. In killing these enemies you rack up points and coins, and pickups are dropped with wanton abandon, however they despawn with insane speed. Every few minutes I remember that there’s no timer forcing me to finish levels quickly, yet I’m always barreling headlong into the the throngs of enemies in front of me.

The game is easy to get in to, and easy to digest in small bits, perfect for gaming on the move. The difficulty escalates almost completely unnoticed, a cursory glance would only indicate a different environment, since most screentime is filled with bullets, helicopters, tanks, and the occasional chicken. 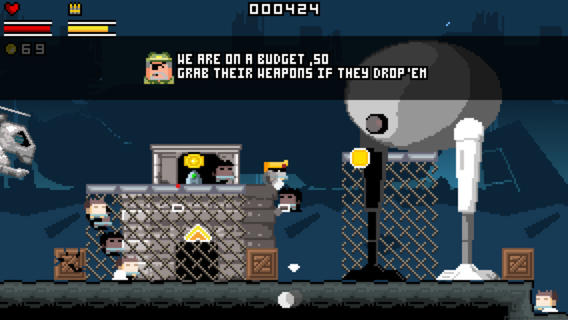 A pumping soundtrack and addicting chiptune soundtrack perfectly complements the hectic action and the retro feel overall.  The visuals are curiously adorable, and—while nothing to write home about—feel right at home in the game space.

The game also features some extremely light rogue-like elements; stages are different every time you enter them, with slightly altered layouts. There are small buildings scattered throughout each level with random contents as well, from ammo crates to hiding princesses to little minigames or buffs. There are different characters to choose from, but they differ only cosmetically in-game, otherwise they work as a sort of stage-select system. It does seem like a bit of a wasted opportunity to inject a little more variety into the game, but the game functions in a strong state of balance that might be easily disturbed.

All in all, Gunslugs, is something that should exist in every0ne’s catalog, if for no other reason than that it only costs $2.50 and provides an enjoyable, nostalgia-fueled experience, that’s also worth a chuckle or two.

Gunslugs was developed by Orange Pixel and is available on the Google Play Store, the Apple App Store, the PSVita, and the Blackberry app market. Check out a quick trailer.