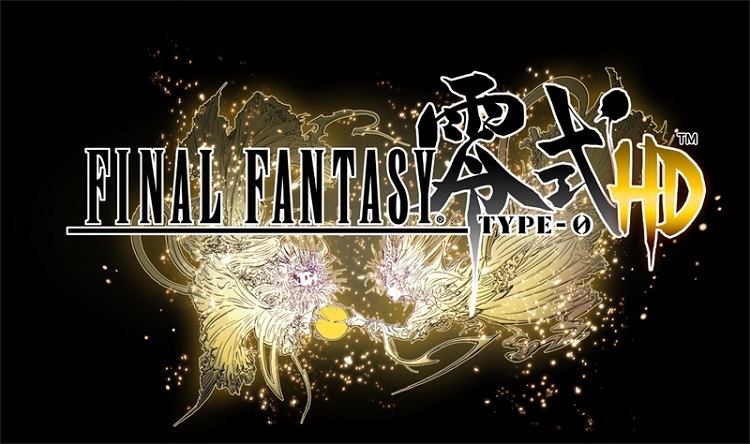 The Final Fantasy series and I have developed somewhat of a love-hate relationship over the years. I grew up on the original Squaresoft releases, and held a special place in my heart for Final Fantasy IV through X. However, the Final Fantasy of the modern age has failed to catch my attention like its predecessors, and I’ve found myself disappointed by both the storylines and combat mechanics of each recent release. I am a firm believer in the adage of “if it aint broke, don’t fix it”, so you can imagine my distaste at all of the sudden tweaks that Square Enix has made to the iconic franchise in the name of innovation.

Over the last few years, the company has even begun to explore entirely new combat systems, which stray away from their iconic Active Time Battle (ATB) skirmishes, in favor of a fast-paced third-person hack-n-slash style. This type of gameplay was explored briefly back in 2006 with the spin-off Dirge of Cerberus: Final Fantasy VII, and now it appears that the upcoming Final Fantasy XV will employ a similar system. A subtle PSP release dubbed Final Fantasy Type-0 also attempted this switch, and was successful enough in its construction to constitute an HD version reboot for the newest era of gaming. 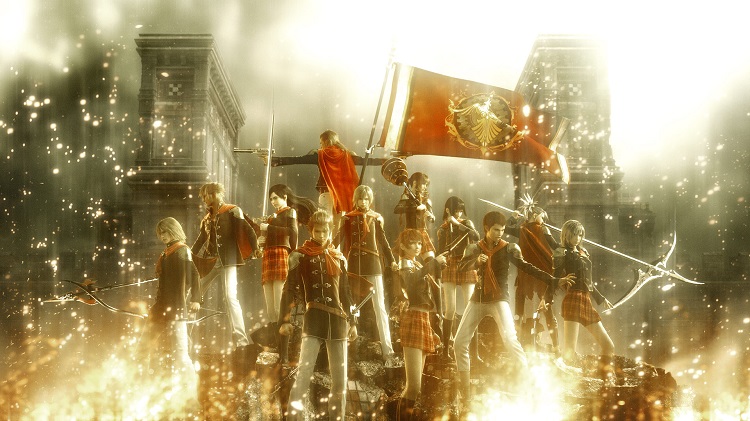 A lot of HD reboots have been successful, including titles like Resident Evil: Code Veronica HD, Metal Gear Solid HD Edition, and Shadow Warrior Classic Redux, but most of these releases were deeply rooted in gaming history. Final Fantasy Type-0 released in 2011 for PSP exclusively, making it a relatively unknown prospect to those who didn’t own the portable device. This current move to Xbox One and Playstation 4 has opened the world of Final Fantasy Type-0 HD to a wider audience of gamers, and is giving us a glimpse at Square Enix’s current mindset when it comes to the Final Fantasy universe. Final Fantasy Type-0 HD is very much identical to the PSP version of the game, although developers did scrap the original release’s multiplayer mode, and added a few new levels into the mix.

The team also attempted to spruce up the title’s graphical elements, and although there are some aspects of the title that appear very polished, and next-gen in their own respect, there are still many sections of the game which appear very dated. The environments and the overworld map are a great example of this. The buildings, streets, and objects have very stretched textures, or appear flat and lacking in detail. There are many times in the game when you look around and feel as if you’re playing on a portable device, even feeling as though the game belongs on an old PS2.

The saving grace here is in the character models: each of the characters—even NPCs—are extremely polished. Though there were some cutscenes where I noticed the original character models, with flat clothing and squared visage, the characters stole the visual show. It’s actually quite entertaining when you get to see the visual differences between the original release and the upgrades for the HD version. I give the art team a lot of credit for crafting character models that are so beautiful, but sometimes they feel very out of place against backdrops that are lacking the same amount of detail. A great silver lining here are the character animations themselves, specifically when you’re in combat. Everything moves very fluidly, and a lot of the skills and attacks are as entertaining to look at as they are to perform. 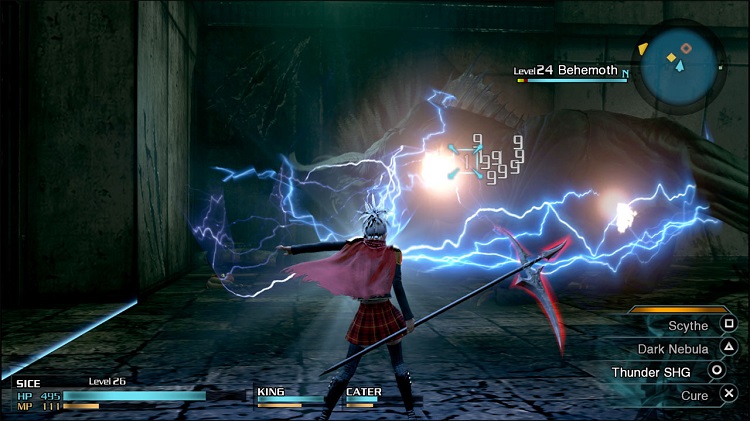 Thankfully, the visuals play second fiddle to a very powerful storyline and some seriously interesting and entertaining combat. In a traditional Final Fantasy you’re pitted against your opponent, locked in place, and using your wits to outsmart them. The combat in Final Fantasy Type-0 HD is unhinged, allowing you to dodge, block, roll, and sweep around your enemies. Timed attacks, a conservation of mana, and the correct team combination is the key to victory as your make your way through hordes of enemies and bosses. You’ll have access to a multitude of characters, allowing you to switch between them when one falls in battle, and giving you a lot of variety when it comes to skills and weapon types. You’ll find yourself unlocking new and exciting skills and spells for each character on your docket, and you can even upgrade your magic to hit harder and faster by collecting items called phantoma from fallen mobs. The game stresses that equal leveling of each character in class zero is the key to victory, and it almost forces you to use variety for each mission. It’s very refreshing, and it’s a lot of fun taking control of such a large mash-up of combat types.

The storyline explores the Fabula Nova Crystallis universe, which was unveiled in Final Fantasy XIII. This massive and imaginative world is a playground for lords and warring cities. You’re thrown directly into conflict, fighting for your own cause, and attempting to liberate your part of the globe from the tyranny of a powerful foe. There are so many story facets to explore through Final Fantasy Type-0 HD and you’ll find yourself engrossed in a world where even side characters and quests have an interesting and engaging background. Even if the visuals don’t do it for you, or you feel like corners were cut, you’ll be too busy enjoying the gameplay and story to even notice.

Final Fantasy Type-0 HD is a great pickup and offers a ton of playtime for your money. This is the type of game you don’t feel bad for spending money on. The story is lengthy, there is a lot to do, and there is enough dialogue to fill a small novel. I would highly recommend giving this title a playthrough, especially those of you who were shunned by Final Fantasy’s ATB system and are looking for something a lot more fast-paced and action filled. If you want more information on Final Fantasy Type-0 HD be sure to check out Square Enix’s website.