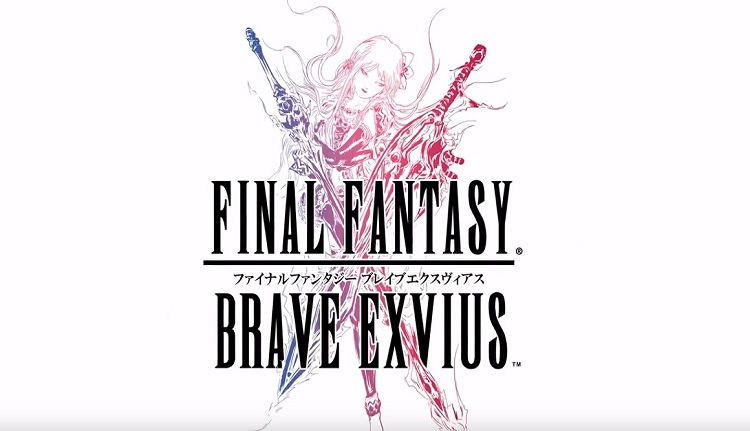 Over my many years of gaming, I’ve learned to never judge a game by its cover. I’ve found a lot of diamonds in the rough this way, so I generally approach titles without much caution. Unfortunately, I’ve found myself burned all too often by mobile releases. There are a few precious gems hidden on iOS and Android, but nothing has managed to hold my attention for more than a few hours. That is, until I stumbled across a free release from developer A-Lim. Final Fantasy Brave Exvius is perhaps the only recent mobile title that I’ve found myself constantly checking in on.

The name itself is pretty intimidating. After all, those who have played any Final Fantasy title know that the franchise is famous for lengthy story lines and an abundance of side quests. Mobile releases aren’t exactly conducive to complex hours of gameplay, so it’s easy to be skeptical about the overall replayability right off the bat. I’ll be rather honest in admitting that I only felt like giving Final Fantasy Brave Exvius the old college try because of its namesake. I can’t tell you how wrong I was to feel that way, and I have immediately began to question how many great mobile titles I’ve missed out on just because a few bad eggs left me feeling less than enthused.

From the moment you first boot it up, Final Fantasy Brave Exvius looks and feels more like a retro-inspired Final Fantasy release than a mobile title. The artistic and graphical elements are reminiscent of early Final Fantasy releases, featuring pixelated characters amidst beautifully drawn backgrounds. Imaginative creatures sprout forth to battle heroes, with some fan favorites like Bombs and Cactaur making an appearance. It immediately looks and feels like a Final Fantasy title, and for any of you out there that have lived and breathed the franchise, it’s a very powerful selling point. You’ll still get beautifully animated attack sequences, and the magical particle effects from spells like Thundara and Firaga pay perfect homage to the predecessors they mimic. It’s all so nostalgic, and the gameplay elements feature a key gimmick that helps to create a reminiscent experience.

Final Fantasy Brave Exvius follows the journey of two brave Royal Knights. We first join Rain and Lasswell high atop an airship, headed for the Royal Capital Granshelt. An event causes the duo to deviate from their course, setting up a powerful battle between good and evil. You’re introduced to battling almost immediately, and each subsequent battle you conquer will take you deeper into an introductory tutorial that will explain all of the mechanics of the game in detail. Final Fantasy Brave Exvius battles are done in true Active Time Battle (ATB) style, allowing you to carefully plan each of your attacks before your enemy strikes back. After you have chosen a movement for each of your units, enemies will retaliate, with successive turns being taken between you and your foes until the battle is won or lost. It’s classic to the Final Fantasy franchise, and you’ll gain experience for units and random materials for slaying enemies and clearing dungeons. Those of you familiar with how Final Fantasy works will feel right at home with Final Fantasy Brave Exvius.

But even amidst the normalcy of the franchise, developers managed to squeeze in a few things that make this release stand out on its own. The main change is how parties are created and units are gathered. It’s a section of the game that further boosts the nostalgia factor, and it’s what keeps me coming back for more each time. Rain and Lasswell find themselves summoning the “spirits” of adventurers to aid them in battle. These spirits come in the form of characters specifically created for Final Fantasy Brave Exvius, as well as characters from almost every game within the Final Fantasy franchise. Units are summoned by spending friend points, which are gained in the social aspect of the game, or spending Lapis, which can be purchased or gained from completing missions and daily quests. Lapis summons guarantee a unit that is rated three stars or above, while friend points are used to grab units rated three stars and below. There are a massive variety of classes and character types to come across like Knight, Gladiator, Thief, Red Mage, White Mage, Black Mage, Songstress, Samurai, and loads more to discover. Each unit has its own specific strengths and weaknesses, and you can craft elaborate teams based on a variety of skills and traits. You can even find famous Final Fantasy icons like Fran (Final Fantasy 13), Vivi (Final Fantasy 9), Terra (Final Fantasy 6), and many more familiar faces.

A unit’s star rating directly correlates with its power and ability. Units that are one star can only be leveled to a maximum level of 15. Two stars can go to 30, three stars will hit 40, four stars can level to 60, and five stars will max out at 80. The higher the level, the more impressive the character is, and the more damage they can deal. Certain characters can be awakened into new units. For example, King Giott, of Final Fantasy 4 fame, can be awakened from a two-star unit into a three-star unit. Once awakened, he will gain access to better skills, limit breaks, magic, and passive traits. Some units can be awakened more than once, and the main cast of characters can be taken from a lowly-one star, all the way to a five-star. However, if you prefer the company of other Final Fantasy characters, you can craft five-person parties from whichever characters you want, and aren’t forced to leave the “starters” in there. Overall, Final Fantasy Brave Exvius offers a rather insane amount of character depth, unlockables, customization, and classes to choose from.

On top of all of this, new units are being added each week. Pair that with crafting, side quests, dungeon events, and a slew of other things to see and do, and it’s easy to understand why Final Fantasy Brave Exvius is so impressive. What makes it even more mind boggling is the fact that all of this is absolutely free to access, and you are capable of unlocking characters and abilities simply through grinding and playing, without having to shell out any actual money. It’s refreshing to see a developer take this approach to mobile, since a lot of these “casual” releases force players to purchase upgrades and in-game items if they truly want to succeed.

Final Fantasy Brave Exvius is anything but casual. It’s in-depth, challenging, and offers a virtual playground for Final Fantasy and RPG-lovers alike. This is the type of game that should set the gold standard for what we can expect from future mobile releases. I would highly recommend this title, especially to anyone out there who has followed the Final Fantasy franchise closely. Hopefully developers will continue to bring us new and exciting units, while paying homage to Final Fantasy titles of the past.