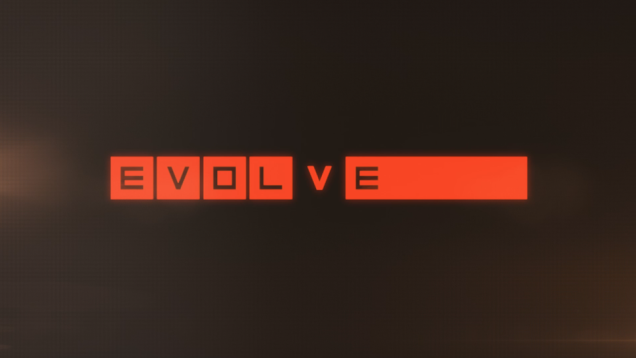 ‘Evolve’ is a thrilling ride, albeit a monotonous one

When you were younger, chances are you were scared of monsters at one point. Creepy crawlies, things living in the closet, hands emerging from under the bed—we’ve always envisioned monsters as these hulking beasts with razor-sharp teeth and pale eyes, capable of slipping into the tightest of places just to jump out and get us.

Evolve takes that concept and turns it into one of heavy action and strategy, sacrificing the fear factor in favor of a high-octane battle between man and beast. This is your chance to take revenge on the unseen from your childhood, imaging a world in which you can pick up a heavy duty weapon and seek vengeance as a powerful hunter with no anxiety about the creature before you. Just you, some friends, and a creature that must be stopped. 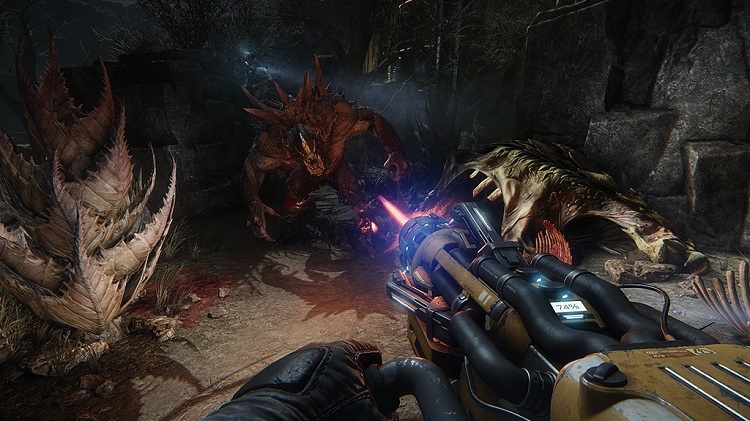 From the outside looking in, Evolve seems like a giant game of tag, where multiple players (hunters) chase after a single player (the monster). On the inside, things are much more complicated, and although the gameplay moves at a fast pace, there is a decent amount of strategy involved in obtaining a victory, regardless of what side you’re playing on. Evolve follows a formula we haven’t seen much, allowing a group of four individuals to pit themselves against a single player. This may seem unfair at first glance, but the game actually does a decent job in balancing itself.

The single individual, who plays as the monster, will have the capacity to seek out creatures to feed on, allowing them to evolve into bigger and badder versions of the creature they’re playing as. This is where the strategy comes heavily into play. When each match starts, the hunting players will attempt to locate the monster as quickly as possible and eradicate it when it’s in a young form. Allowing the creature to gain strength and evolve to its maximum power will make it exceedingly more difficult for the hunters to win the match. On the flip side, the monster will need to take great caution in the beginning of each match and will spend the majority of their time running away to gain strength and powers.

There are currently three monsters to choose from, each with their own strengths, weaknesses, and unique playstyles. Mastering how each of these baddies work is highly important for any player who decides to take on the role of the creature. While the game is rather balanced, it is important to note that the hunters do enjoy quite a large advantage through most of the match, making the role of the monster arguably more difficult. Without chomping down on the correct food to gain a power bonus, or finding a group of lessers to outright feast off of, it can be quite hard for the monster to regain health at times. Feasting will provide you with a shield, but it can quickly be bursted down by a group of knowledgeable hunters. 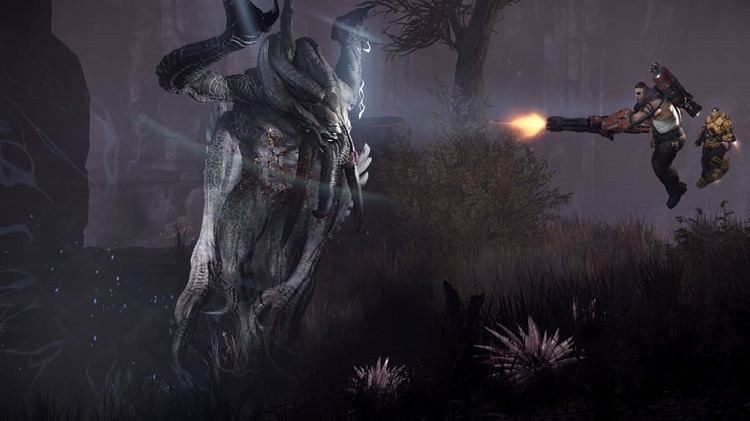 The hunters have four distinct classes, each with their own primary role within the hunting team. The Assault is the responsible for dishing out as much damage as possible to the creature. A heavy assault rifle and a powerful lightning rifle are his main tools of trade. He is capable of activating a shield to allow him to rush into the fight head-on for a short period of time, and mines allow him to set explosive “traps” for the beast to run over.

The Trapper keeps the hunter’s right on the monsters tail. Her handy tracking mutt can discover the monsters path by following footprints, and her nifty “arena tool” can allow her to trap the monster in an inescapable bubble for a short period of time. Her primary firepower comes in the form of a sub-machine gun and her harpoon tool can actually help freeze the monster in place for her team.

The Medic is the key to keeping the hunters alive. When a Medic falls in battle, the team becomes very vulnerable. Armed with a sniper rifle that can create holes in the monsters armor for teammates to target, and a ray gun that can heal friendlies to full health, the Medic is a very formidable and important class. Her class is rounded out with a healing burst that acts as a panic button and a tranquilizer gun that is capable of slowing the monster down.

Last is the Support class, which brings in heavy artillery for the fight. An orbital strike from above and a laser cannon are his main damage dealers, while a cloaking device for the team and a single-target shield round out his support abilities. Each class is important in its own way, and you’ll have a lot of variety to find what words for you best. Each class has three characters to unlock, each with their own unique weapon sets and styles. Try a Medic with a grenade launcher, or a Trapper that uses a shotgun.

From a graphical standpoint, Evolve is actually quite beautiful. The areas, character designs, and the monster all look incredibly detailed and really help to pull you into each match. There is a great sense of immersion here, especially when paired with the title’s great ambient sounds, effects, and musical scores. All in all, the game is well put together, but it does come with some fault. For one, while the concept is fresh, and there are some unique game modes to choose from, it’s something that can become quite stale, pretty quickly. Your main goal is to unlock as much stuff as you can, but beyond that, you’re simply playing the same maps, the same classes, and the same creatures, without a ton of variety tossed in. There seems to be a slight lack of content, although developers have promised a ton of DLC for the release. Worse yet, some of the unlockables can take quite a while to actually unlock, which can make it frustrating for anyone seeking a little reward from their gameplay.

This is definitely a solid release, and there is a lot of fun to be had here, but I’m not quite sure if you can justify the $60 price tag for what you end up getting. It seems to have the same curse as Destiny: lacking content, but with a good structure and some rather fun multiplayer. In the near future perhaps we will see an Evolve edition that is more fleshed out, and if anything this release has set the ground work for a powerful sequel or for other companies to run similar concepts through the ringer. It takes a lot of guts to port something new and fresh in the gaming world, and I personally feel that Turtle Rock did a solid job overall. If you’re interested in grabbing Evolve, or want to learn more about the title, be sure to check out its main website here.