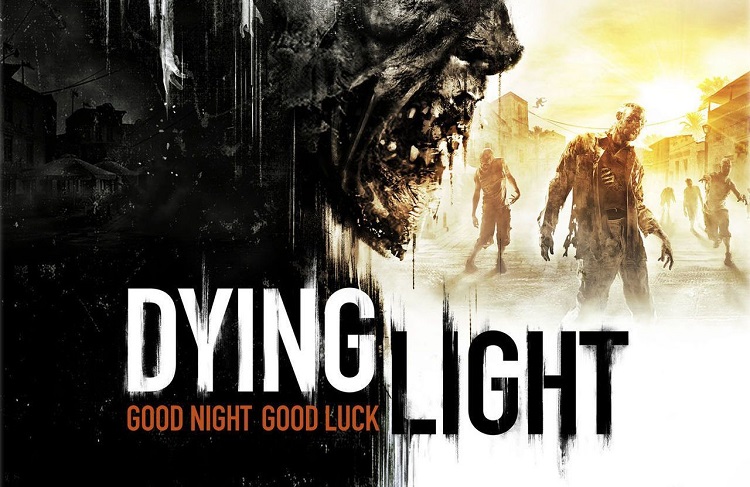 Dead Island was one of the better game series to hit store shelves in recent years. Not from a graphical standpoint nor because it was so flawless in design that the structure was perfect, but because it offered gamers a new and refreshing style of combat and gameplay that was very entertaining. The prospect of being surrounded by zombies or stuck in an apocalyptic world has been done before, specifically with titles like Dead Rising, and Left 4 Dead. It’s nothing new, yet Dead Island offered up a unique spin on the zombie genre, placing players into a world where questing and exploring reigned supreme, laced by an entertaining and fairly robust crafting system.

Dead Island found the happy middle ground between Dead Rising and Left 4 Dead, allowing you to create intense zombie killing tools, and giving you a first person playground to hack and slash through the undead. Unfortunately, the first Dead Island was riddled with an array of issues, stemming from graphical glitches, to broken gameplay elements, to a lackluster storyline. Techland attempted to remedy this with Dead Island: Riptide, but the sequel title offered much of the same issues. Fast forward two years, and we see the release of Techland’s newest creation, not a Dead Island title in name, but a release that offers a lot of the same mechanics: Dying Light. 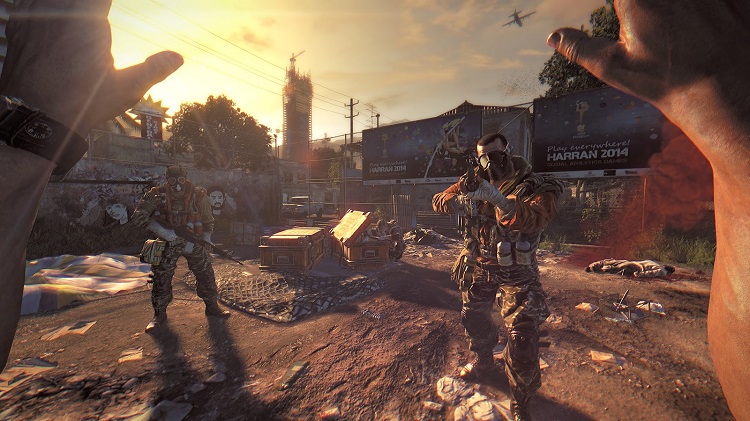 Dying Light is the product of much hard work and dedication by the Techland crew. From the first time you boot up this wild ride you’ll immediately notice that developers spent a lot of time focusing on the issues that players discovered from their past attempts with Dead Island. The graphics are much improved, whether by next-gen hardware or a better attention to detail from the art department. The zombies look a lot more disgusting than their predecessors, and their movement animations are very well done. The way they lumber and shuffle through the streets, only to lunge at great distances towards you really ups their threat level.

The ground they cover and the way they move gives you an eerie sense of danger. You feel much more vulnerable, and you can’t imagine yourself simply hacking and slashing your way through the hordes without succumbing to a swarm of zombies. It isn’t just the enemies that received a face lift either. The environment this go around is a colorful island landscape named Harran, a sprawling city full of fishing villages, slums, and high-dollar dwellings. Each building, while cookie-cutter in a sense, has a solid amount of detail, and there are a lot of places to explore in this twisting, turning, urban maze. 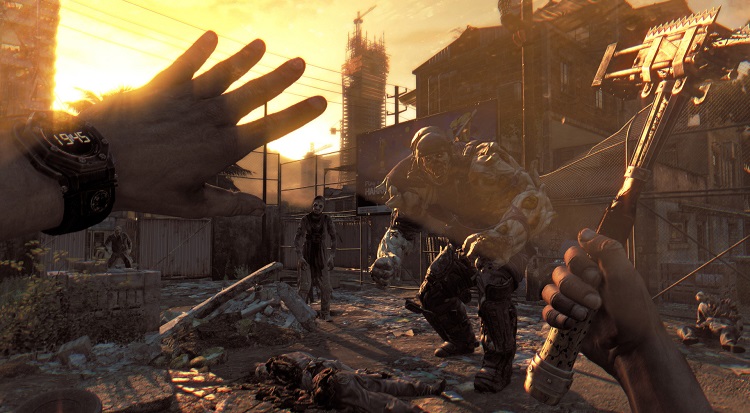 Gameplay is very much like Dead Island, although there are no “classes” to choose this go around. Instead, you’re offered three different skill trees, each with their own unique powers, ranging from scavenging and stamina, to brute strength and weapon durability. There are over 100 standard weapons to wield in Dying Light, and even more once you start beefing them up with a variety of weapon blueprints. There are many elements to choose from, including poisons, electricity, fire, and even impact.

Finding good weapons and upgrading them into entirely new devices is the key to victory and survival in Dying Light, and since weapons can only be repaired a certain number of times before they “break completely,” it’s very important to constantly be scavenging for new tools and supplies. Guns are available, and they can help you in a pinch, but the loud noises will attract some very unwanted attention. Night time also brings force a struggle, as crazed mutations slithers throughout the streets. Those who feel that they can brave the night will be rewarded with additional exp for a particular skill tree. If you don’t wish to survive until morning you can simply sleep through the terror at a nearby safe house.

The most intricate part of the gameplay is perhaps the parkour element. You’ll be able climb up buildings and scale walls with ease. Ziplines, grappling hooks, and a variety of speed-based skills will help you dash and dodge your way around the city as quickly as possible. These abilities come into play as airdrops scatter across the island, filled with life-saving medicines and rations. You’ll need to rush to these locations, as enemies and evil-doers will send their thugs to secure the goods for themselves. The world of Dying Light is a constant chaotic struggle, offering up a fairly solid story that plays out much better than Dead Island. With all of the sidequests mixed in along the main storyline you’ll be hard pressed to find a moments peace. Although it is important to note that certain things can be found and secured by simply taking a break to explore your surroundings.

Just like Dead Island, you can drop into your friends game’s, provided you’ve got an invite or their session is wide open. Up to four players can roam around the same Harran, sharing loot and thrashing through quests. The more the merrier when it comes to Dying Light, and some missions are quite a bit easier if you have at least one friend backing your up along your journey. The multiplayer is pretty seamless, and although you will all play as the same character, it’s still some hectic zombie-killing fun. This is definitely the type of game that is a lot better if you have some friends to play it with.

Dying Light is very much an upgrade from the Dead Island series (although that particular series continues to spit out titles). The Parkour, the slew of weapons, visuals, interesting story, and the massively entertaining combat makes this release a solid success. It’s nice to see that Techland listened to the general community and worked so hard to produce a product that should be beloved by players. Hopefully the group can continue to push this success into the future, and offer us up some good DLC, or a powerful sequel sometime down the road. I would highly recommend giving Dying Light a chance, there is a large amount of content here to sift through, and a lot of fun to be had cooperatively. For more information on this entertaining title, check out the dedicated website here.