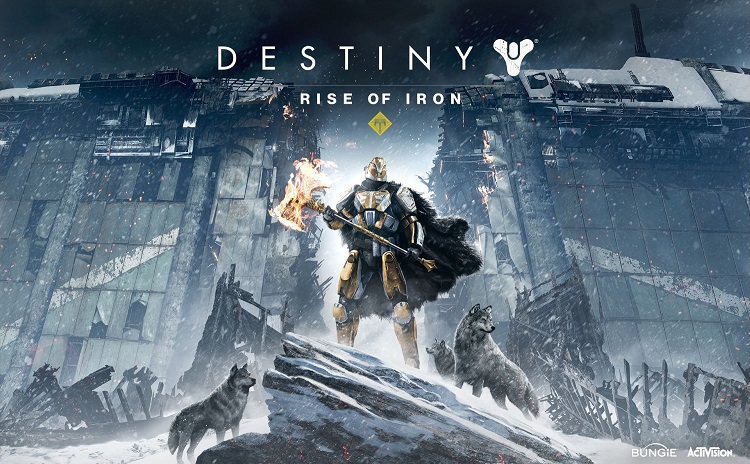 ‘Destiny: Rise of Iron’ adds enthralling content and pays homage to the past

I’ll be completely honest in saying that I was rather worried about Destiny when it released back in 2014. The game felt rushed to me. It didn’t seem complete, and it had a serious lack of content. Fast forward to 2016, and Destiny is an entirely new animal thanks to four different expansion packs. The Dark Below, House of Wolves, and Taken King did a great job in adding content and depth to the title. Destiny was finally in a place where it should have been from the start. This was probably something that was more impressive to new players, as they would get to experience a massive storyline from start to finish, but it still managed to add and change a lot of things for us veterans. I found myself sticking with Destiny because I genuinely loved the PVP scene, and there is something enthralling about collecting every possible gun and item in the game. I was happy with where The Taken King took things for the franchise, and all of the new changes made for a much better experience. It was for this reason that I was pretty excited to hear about Rise of Iron, the latest expansion in the Destiny saga. Thankfully, Bungie didn’t disappoint with this new release, which has added even more depth and struggle to the futuristic title.

Much of the Destiny universe is cloaked in lore. There is a fairly rich story about a mysterious entity called The Traveler, and there are explanations for each and every move you make within the storyline. For the longest time, we’ve been battling powerful enemies bent on the destruction of the human race. We’ve stopped revenge plots and monstrous abominations. The story for Rise of Iron is no different in its cataclysmic scale, but it is perhaps the most somber storyline we’ve seen to date. This particular arc follows Lord Saladin, on a quest for retribution and solace.

If the name Saladin sounds familiar, it’s because he’s been a recurring character in the Destiny universe already. Those of you who frequent the specialized Iron Banner PVP event may recall gathering rewards, items, and bounties from him. Lord Saladin is the last of his kind, perhaps the only remaining member of a mysterious group called The Iron Banner. These stalwart warriors made their home on Earth, and have been protecting humanity from behind the scenes for quite some time. High upon the Felwinter Peaks sits a temple dedicated to the Iron Lords and their just cause. Saladin remains as the lone protector of this sacred place. The Rise of Iron sees Saladin leave his home, in search of something sinister. You’ll have to muster all of your courage to assist the Iron Lord in his quest. Along the way you’ll discover a lot about his organization and the sacrifices that they made.

The desire to keep humans safe led the Iron Lords to a mysterious essence called SIVA. The group was under the impression that the fabled Traveler would one day abandon them, and SIVA was sought as a means to survive. The technological marvel is capable of taking on many shapes and can be used to craft virtually anything a society may need. Unfortunately for the Iron Lords, they did not fully comprehend SIVA’s corruptive powers. In the end, the Iron Lords “lost” their battle against the nanomachines, leaving Saladin alone to protect Earth. This is where you come in. It has been some time since the Iron Lords sought the power of SIVA, and the once-entombed essence is now wreaking havoc across the Cosmodrome. To make matters even worse, the Fallen have discovered a way to use SIVA to aid them in their struggle against the humans. You’ll encounter new SIVA-hybrid Fallen (called Splicers) and will come up against a series of Fallen artillery that has been sent into overdrive by the nanomachines.

The Rise of Iron story will take you back to some key locations, and also offers up a new social zone and a special patrol known as The Plaguelands. This is a great addition for newcomers to the game, but Rise of Iron feels like it was made for the veterans. There are some tearful moments to be had and some reminiscing to be done. The journey has come full circle, for both you and your Ghost. For even more nostalgia, Bungie brought back some key exotic weapons. The Thorn Hand Cannon and Gjallarhorn Rocket Launcher have made their way back into the fray. Those of you who are really intent to relive the past can find a brand-new exotic version of the Khvostov Assault Rifle, the first gun you ever hold as a guardian.

There are a lot of new things to see and do, however. A lot of strikes have been revamped to feature new SIVA-infused enemies, and specialized chests have been placed at the end of the each strike. These chests are only opened by skeleton keys (which randomly drop from Strike bosses) and contain strike-specific legendary items. You’ll also come across a brand new strike, and Lord Saladin’s crew has many quests and storylines for you to explore. A new raid titled Wrath of the Machines is making an appearance to truly test your mettle. All of this is lined with an abundance of new gear, exotics, shaders, emblems, weapons, and even new ornaments which completely change the visual appearance of an exotic gun or armor piece.  Those of you who live and breathe PVP will find a brand new mode called Supremacy. In this mode, you’ll be tasked with eliminating guardians and picking up special items they drop called crests. The key to victory is to secure more crests than your enemy. You can even grab friendly crests to deny your enemy the kill, but be aware that they can do the same. This mode offers up some very hectic close-quarters gameplay and favors a slightly more team-based approach. Bungie has also added some new multiplayer maps to the fray.

Overall, Rise of Iron does a fantastic job in infusing even more content into the vastly expanding Destiny universe. It would have been nice to see developers step outside their comfort zone a bit. The last two expansions have only featured new enemy “skins” and slightly altered behaviors. It would have been nice to have visited an entirely new place (like the Dreadnaught was) and not be limited to the outskirts of the Cosmodrome. Still, its easy to imagine that the majority of the Bungie team is very busy perfecting Destiny 2, which is slotted to come out next year. I personally love the look and feel of Rise of Iron. It’s some of the best eye candy that Destiny has to offer and developers did a fantastic job of paying homage to the past, while looking forward to the future.

There is a lot of nostalgia to be felt, and this is a proper closing expansion to pay tribute to those of us that have stayed with Bungie for the entire Destiny experience so far. You can grab Rise of Iron right now on Xbox One and Playstation 4. It’s also available as part of a complete collection, which includes the Destiny base game and all four expansions. If you’re interested in getting more information about the Rise of Iron add-on, be sure to check out the dedicated website here. You can also find more information about Bungie at the developer website, and can even follow them on Twitter, Facebook, and Youtube.