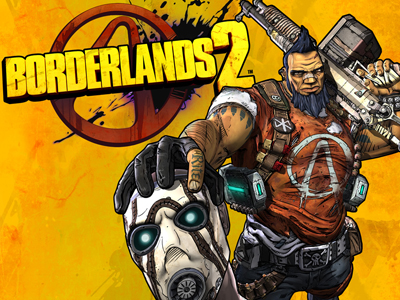 Borderlands 2 On The Vita: A Valiant Attempt

It’s tough to dispute how excellent Borderlands 2 was upon its release.

With an excellent array of quests, tons of loot to acquire, and an engaging visual style that brought a fresh look to the first-person shooter genre, the game merited all the praise it received, and all the support 2K gave it after release.

Now, more than a year later, 2K has brought Borderlands 2 to the PlayStation Vita with the help of the folks over at Iron Galaxy. Iron Galaxy’s catalog is a bit of a roller coaster ride; they’ve had their hands in some great titles (You Don’t Know Jack, Darkstalkers: Resurrection, and a number of other ports), but also its fair share of let-downs (Dark Void, Supreme Commander 2). 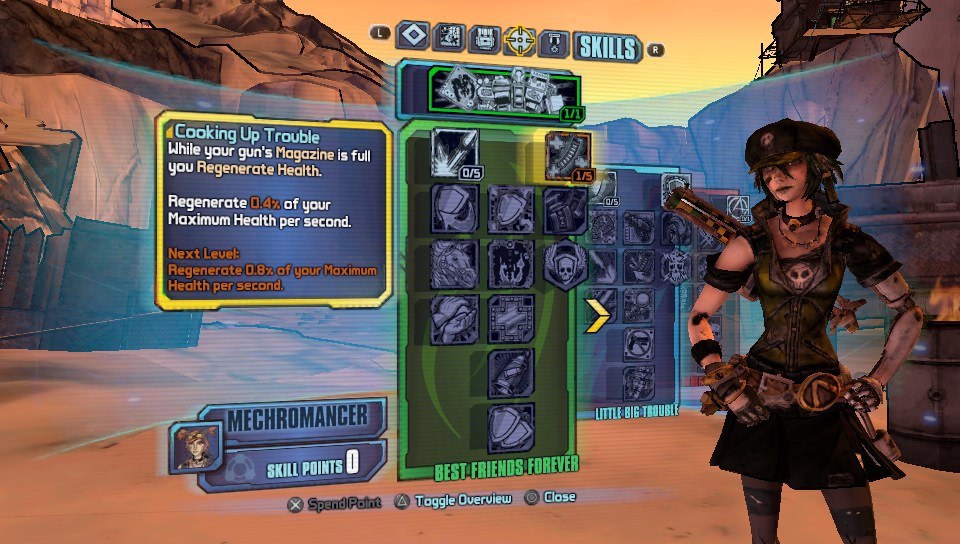 The Vita has been somewhat lacking in the big-budget department. On the whole it’s been relegated to this weird place where it sports the necessary hardware and all manner of potential, but there’s just been a near-total drought of AAA experiences on the handheld thus far. Killzone Mercenary was pretty good, and the launch titles of Gravity Rush and Uncharted: Golden Abyss fit the bill nicely enough, but otherwise the machine is practically a glorified Spelunky machine, and a portable PSone emulator. 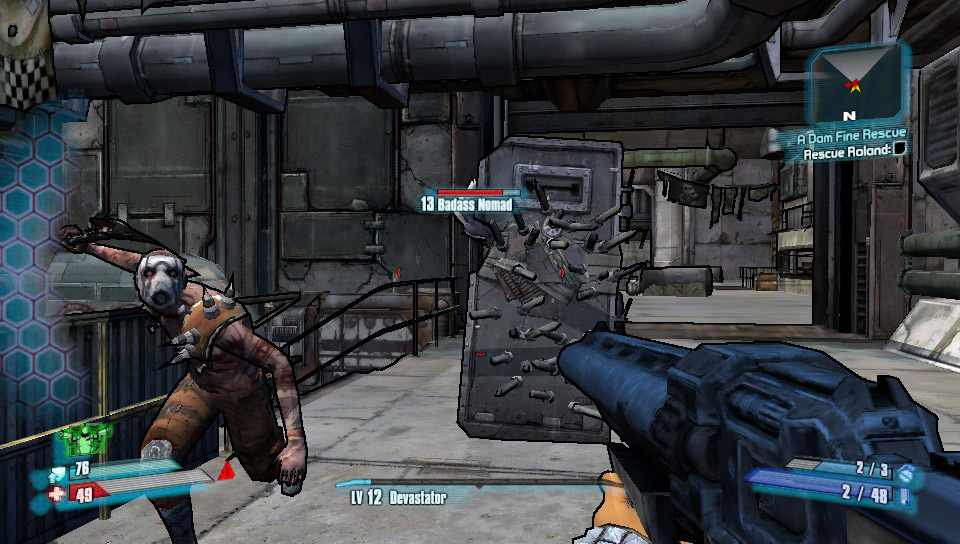 The game is a pretty strict port of the console version—even including several of the larger DLC campaign offerings if you purchase the game new. Fitting all that content into people’s palms is no small achievement. That said, the fact that some of the expansions and upgrades aren’t included, and there don’t seem to be any announced plans to add them in the future is concerning.

Your romps through Pandora will otherwise be as you remember them: filled with screaming bandits and psychos, hilarious robots, and oh-so-many guns. Considering all the time that has passed, the game’s core still holds up under scrutiny.

The story is generally engaging without trying to be more than it is. The weapon and enemy variety keeps gameplay feeling like at least a little more than “shoot that thing with this bang stick to find bigger bang sticks to shoot bigger things.” The game’s character and personality are fully intact.

But that’s where the similarities and, and the experience begins to collapse. 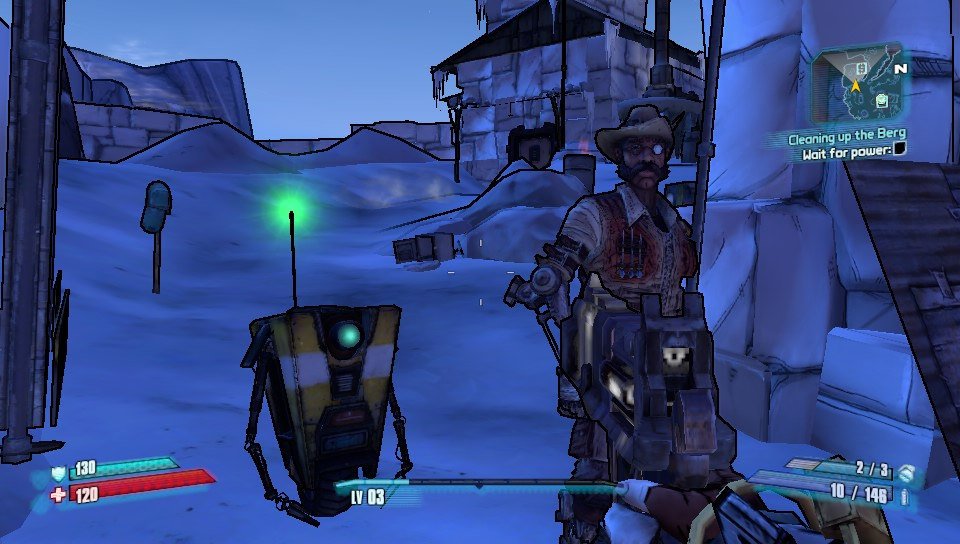 The game is, perhaps, too much of a port, if that makes any sense. Many of the framework components weren’t as well-optimized for the Vita as they perhaps could have been. Some of the system’s limitations forced a few key changes that may have introduced a few other problems due to oversight, as well.

The controls, for instance, are fundamentally the same. The Vita lacks a second set of triggers and clickable sticks, however, so these functions have been mapped to the front and rear touch screens. You can throw grenades by tapping your grenade meter, and your action skill in the same way by tapping the icon on the other side of the screen. It’s actually fairly intuitive as far as execution goes, but having to fully shift a finger or thumb away from its usual position to do so can introduce some other problems—you have to plot a grenade throw much further in advance than you would otherwise, as it’s difficult to adjust your aim while throwing the grenade (Thumb leaves right stick to screen to throw).

Your melee and sprint functions are mapped to the right and left sides of the rear pad, respectively. It takes some hunting to find the sweet spot where these effects trigger regularly. It gets to the point where you’ll slap a container due to a wayward finger every so often, and whiff the occasional melee strike here and there.

The analog sticks are also not the best suited to the shooter style of use, with finicky dead zones and awkward and occasionally unexpected angles of motion. Tracking a moving target is a true test of patience and focus, and be prepared to track oh-so-slightly past an enemy’s critical hit zone while aiming down your rifle’s scope at every moment. There sometimes feels like a small input delay, as well, but it’s fairly negligible.

Some new control options have been added to attempt to take advantage of the Vita’s other hardware. The inclusion of motion-controlled aiming is the largest addition, allowing for tilting the system to fine-tune aiming. The devs didn’t quite put all the necessary thought into its inclusion, though: people like me who play with an inverted y-axis get the shaft with motion aiming, as the inversion applies to the stick and gyro-sensor both. 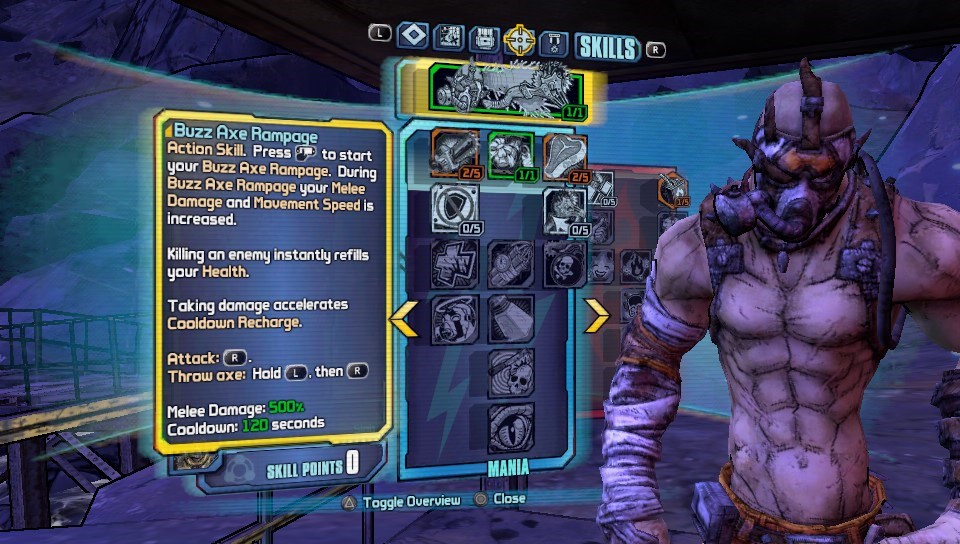 On the gameplay end, lobbies are now relegated to only one play in addition to yourself, no more four-player romps allowed. This does seem odd, since Killzone Mercenary featured multiplayer with considerably larger lobbies, but if concessions needed to be made, so be it. This can considerably limit the usefulness of several items and skills in the multiplayer space, especially ones that rely on on the presence of multiple copies of a particular item present. Similarly, while I haven’t been able to reach this point of the game myself, since other changes weren’t made, it would seem that the end-game bosses that generally require four players to raid might be rendered unbeatable in the portable version.

This is, in a sense, mitigated by the inclusion of a cross-save feature. There was a small misstep, as the function was advertised while not being included in the launch of the game, instead being recently added via patch. This lets you toss your character between the Vita and PlayStation 3 versions of the game.

Considering that there are some crucial differences in the DLC offerings between the two versions, it remains to be seen how transferring a version with equipment not available in the other version might transpire.

These concerns pale in comparison, however, to the technical nightmare that the game has become on the Vita. 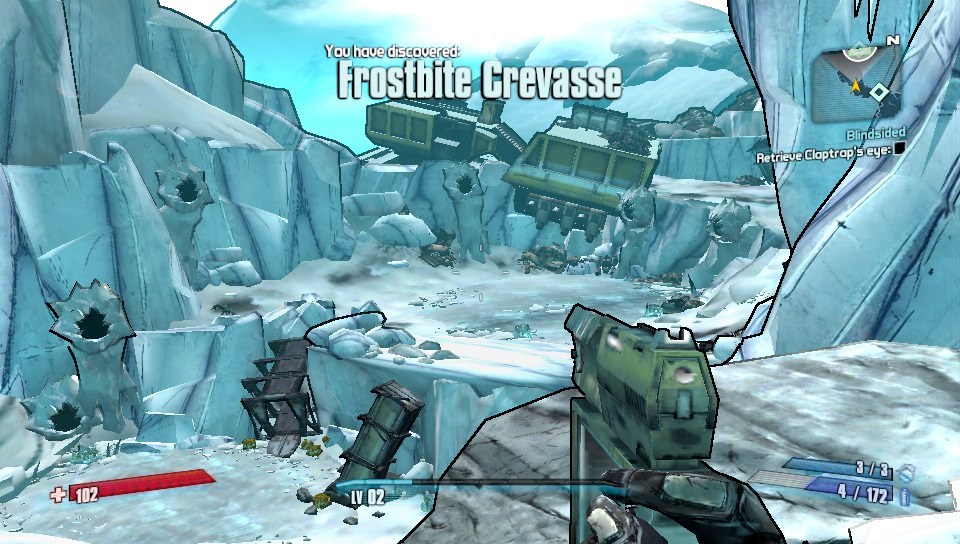 The issues are noticeable (extremely so) immediately. The game feels like it can barely process the visuals nearly a hundred percent of the time, with the frame rate commonly residing in the low twenties or below, sometimes chugging to a near halt before jumping to catch up. This would be less of an issue in my mind, if the game didn’t have an occasional flash of brilliance. Sometimes, when spawning into a small, empty area, the game displays what it looks like running at a full 30 frames per second, and its truly glorious, but upon introducing nearly any kind of stress (a single enemy, a few gunshots, any visual effect ever) the game chugs right back down into the dregs of performance.

Textures take extraordinarily long to load in, resulting in flat and often garish representations of in-game entities. While the predominant portion of the visuals remain intact, things feel oddly flat, considering the Vita display’s larger size and traditional clarity. Tracking an errant Rakk against any backdrop that isn’t clear blue sky is a Where’s Waldo of epic proportions, where Waldo becomes a dive-bombing sky-lizard dead-set on dealing death to you as swiftly as possible.

After several hours, the game seems to perform even worse than it did when you started (spoiler: this is true), and the game will inevitably cease functioning within several hours of play, if you don’t quite periodically. Silver lining: since the game is portable and usually only suspended and not closed completely, these crashes to serve to occasionally reset loot containers and the like that would otherwise go ignored.

Even at times when everything slows down and the game should be able to respond quickly, it falters. Nearly every menu in the game suffers from horrific lag spikes, often dropped command inputs entirely for extended periods of time. I’ve spent more than twice the time in menus than I would have otherwise, due to the game’s inability to register that I wanted to swap from the skill menu to my inventory, or to swap my tired old Tediore pistol for a polished Jakobs shotgun.

And that encapsulates the real issue: I’m terribly torn. I’ve spent more time playing a game that I’ve already played through, in a form that is inferior in so many ways to its previous versions, and I’m still rather enjoying myself. Despite the lackluster performance, I continue to soldier on. I make whatever gameplay concessions I need to make to fell my enemies (usually means get in their face and unleash many shotgun shells, with my trusty turret backing me up).

I can so easily identify all these problems, but I wouldn’t say I’ve overlooked them to keep playing. It’s like I’ve accepted them for what they are, and the fact that I can fairly simply just toss my character to the console version to render the problems moot, means they’re only a problem when I let them be a problem.

Thus, I’m not sure what to tell all of you. The game is far, far from perfect. It tests the very bounds of your patience and occasionally hurt your eyes, but something about the game just propels you forward, almost against your will.

I’m not sure if most can stomach this kind of “abuse” for the $39.99 price tag. I myself question the validity of its purchase. If you’ve never played Borderlands 2 before, I suggest you avoid this, go for the console version, and shame on your for having not played it before, it’s a fantastic game, deserving of your attention. The game, unusually, has more value if you’ve already played the game, allowing you to take your previous ventures with you wherever you go, albeit in a severely diminished form.

As a final thought, I can only hope this serves as a beacon to other developers in two ways. First, the Vita is a console absolutely capable of housing a full-fledged AAA-class experience. Beyond a port of another game that exists, spending the effort to establish a fully realized game on the Vita should be given consideration. That being said, it is something that shouldn’t be half-assed, as I find this port to be.

It’s as if the game serves to both confirm that the system can house the experience, but solidifies that it may be unable to deliver it properly. I know this is not true. I hope that developers and the public alike can recognize the significance of this game as the spark that should spark the fires of larger development on an otherwise ailing portable console.