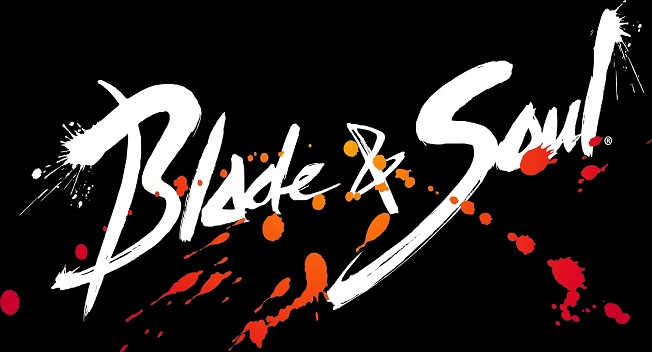 Free-to-play games have become increasingly popular throughout the MMO genre in recent years. It seems as if the era of subscription-based MMOs is slowly coming to a close, and even releases that have started out with subscription fees and purchase options are making the leap into a free-to-play model. Because of its successes, we’re starting to see more and more titles target globalized releases, in an attempted to become the “next big thing.” Blade and Soul is a new contender inthe free-to-play market, and while the title has already seen a solid amount of beta-based success in Asian countries, it’s pushing its way into Western markets.

Blade and Soul can be best defined as a story of revenge and adventure, with heavy Asian overtones and lore. Martial artists, ninjas, traditional Asian warriors, and magic-bending creatures run rampant across a large, mystical world. From a visual standpoint, Blade and Soul is so deeply rooted in Asian culture that it may seem a bit overwhelming to Western gamers. A lot of MMOs employ traditional archetypes, usually taking place in medieval-inspired fantasy settings or employing heavy sci-fi impressions in far off galaxies. Those interested in the enthralling and magical folklore from China’s middle-ages will find much beauty in Blade and Soul. Traditional Chinese-style tea houses and elaborately-decorated strongholds are sprinkled among quaint cities and villages. The architecture fits amazingly well within the fantastical landscapes strewn across the in-game world. You’ll find yourself traveling to dense jungles, rocky mountain ranges, seaside towns, and a variety of other unique locales. According to developers, the visual inspirations were purely meant to resemble medieval Chinese engineering, but the use of Unreal Engine 3 has allowed the team to implement varying styles into the upcoming release. The finished product should mesh together elements of old-world China, laced with unique fantasy landmarks and environments. 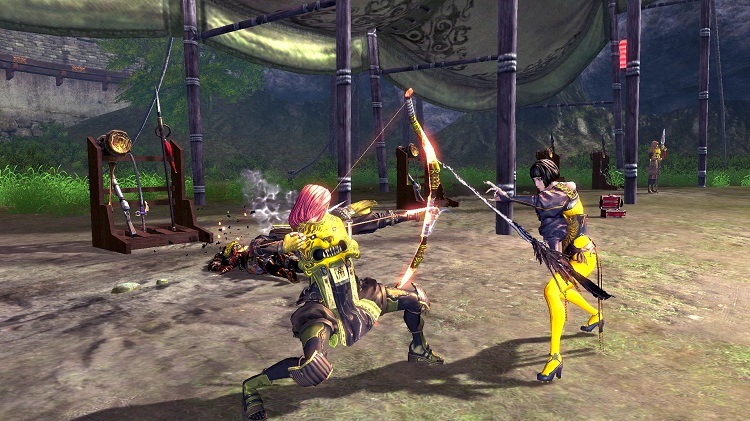 Gameplay for Blade and Soul is heavily influenced by traditional martial arts legends and fighting styles. All of the available classes and movements coincide with different schools of Martial Arts mastery, which helps to create a very engaging and visually-entertaining combat system. Blade and Soul employs a combat camera mechanic, allowing you to control your character much like you would in a third-person action game. Spells can be aimed, and attacks must be swift and precise, as you’ll use a handy crosshair to engage enemies. The developed control scheme works incredibly well for this style of play, and the creators focused hard on giving Bla

de and Soul the feeling of an MMO without sacrificing its arcade-style gameplay. Most of the basic attacks you use can be triggered by mouse clicks or keystrokes, but as you begin to develop your character you’ll notice a large amount of skill-based depth at your fingertips. Rather than create a complex system of shortcuts and keybinds, developers opted to introduce an interesting and entertaining combo system. A lot of skills that you unlock will require prerequisite skills to be used in combat to access them. For example, the Blade Dancer can use a Phantom Grip attack on an enemy, which will them give them access to a multitude of skills that can be jumped to — perhaps you’re the type of player who likes to slam the enemy to the ground, or the kind who likes to sap some spirit from them. Whichever your play style, Blade and Soul offers a deep combo-based combat system that is every bit as entertaining as it is captivating. Each class features its own unique combat stances and animations, and the heavy Martial Arts overtones make the combat and movement system in Blade and Soul look like something straight out of Crouching Tiger, Hidden Dragon.

There are four races available to choose from in Blade and Soul, and each one is inspired by mythical Asian folklore. The Gon are hulking warriors who believe that their ancestors were formed by the breath of dragons. Arrogant in a sense, and with the physicality to back it up, they are capable of becoming Destroyers, Kung Fu Masters, or Force Masters. The Lyn are small half-breed creatures that resemble the Kirin, a mythical chimera-like being that was said to be very mischievous and cunning, with an unpredictable nature. Lyn can choose to be Blade Dancer, Summoner, or Force Master. The third race, the Jin, has the closest resemblance to traditional humans, but feature a lot of versatility and inner-tenacity. Jin can follow the path of Assassin, Blade Master, and Kung Fu master. Last but not least are the Yun, members of a strictly female race that is heavily tied to nature. The remaining classes in Blade and Soul are not gender-gated, but the Yun are due to ancient lore. A Yun can become Force Master, Blade Master, or Kung Fu Master. There are currently seven classes to choose from, but developers have already begun to experiment with new classes prior to the title’s actual release. There is a massive amount of customization during character creation, and I actually spent more time than I would like to admit fine-tuning all of the available sliders and boxes to get my character just the way I wanted. It’s refreshing to see such a massive amount of complexity during character creation, and it should help to create a world that is inhabited by a vast array of visual character differences. 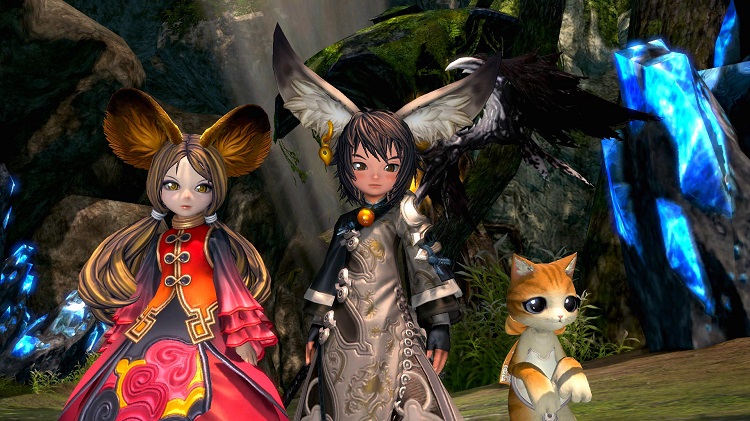 Blade and Soul is easily one of the best MMO experiences I have had in quite some time. The combat feels like a marriage between a traditional action game and the “unique” action system of Guild Wars 2. I spent a majority of my time simply exploring the landscapes and battling my way through hordes of mobs. When I did find the chance to focus on the storyline I was greeted by a rather enthralling story arc filled with action, great voice acting, and a wonderfully designed quest line that manages to flow very well as you make your way from zone to zone. Of course there are side quests, and honestly the game is so content-rich at times it can seem a bit overwhelming to a first time player. There is much to do, collect, and explore. A handy “weapon upgrade” system adds a great underlying sub-mission for you to complete on your journey. Feeding old items to your weapon will upgrade its ability, and at certain points you’ll be able to transform the weapon entirely, giving it a new look and stat line. I found myself subconsciously farming enemies to gain gear and materials to upgrade my weapons and accessories. It manages to add a lot of depth and purpose to an already gameplay-rich environment. I was also happy with the open-world and structure PVP, that allows players to either attack one another in the field, or battle it out in arenas. Putting on a specialized costume will make you vulnerable to a specific clashing faction, allowing you to enjoy PVP when you want, and turn it off when you would rather quest. 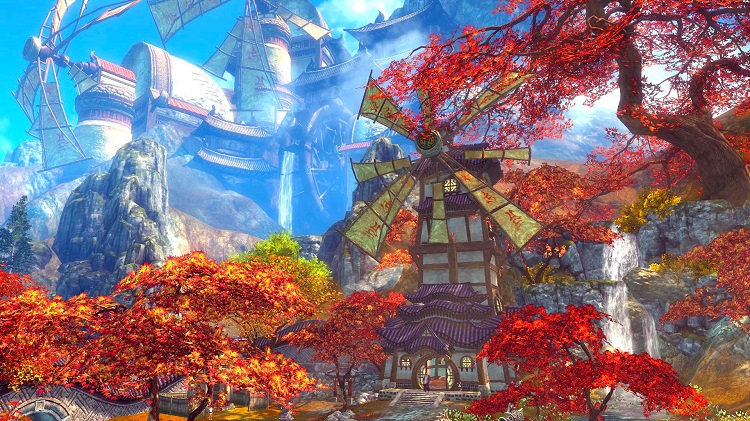 I have high hopes for Blade and Soul, and if developers can manage to employ a similar structure to Guild Wars 2, in terms of generating capital, I think it could have massive success stateside. All of the items currently for sale in the Blade and Soul shop are purely cosmetic, and hopefully it will stay that way, as “pay-to-win” titles have become somewhat of a nuisance lately. Even if the Asian-inspired visuals and tones are not your thing, you should still find a ton of entertainment value through the engaging storyline, fun questing system, and supremely-compelling combat system. Blade and Soul plans to launch in North America in the first quarter of 2016, but Closed Beta testing is slated to begin soon. If you’re interested in securing a guaranteed spot in the closed beta, you can purchase a founder’s pack at the following link. If you’re looking for more information pertaining to the upcoming release be sure to check out the dedicated website here.