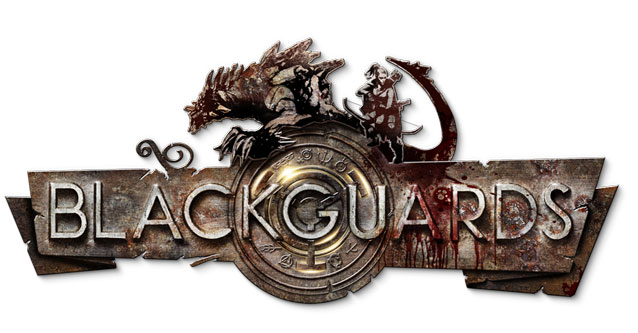 There’s no feeling quite like executing a plan to perfection. When the odds are against you, coming through by the skin of your teeth is a feeling that can be hard to match.

Blackguards, a tactical RPG by Daedalic gives plenty of opportunities to display your tactical mastery, though you’ll be thwarted by rolls of dice more often than you’d like. When coupled with the dark fantasy setting and oddly charming visuals, you’ve got an experience that is appealing…but only if it’s your thing.

It starts innocently enough. A childhood friend and princess is murdered, and you are implicated and jailed. You meet up with a crass dwarf and a lecherous sorcerer and break out on a quest to clear your name. Along the way, you fight monsters and level up and collect gear and do all the other things that you’d be expected to do in an RPG.

The thing about Blackguards is that it feels like it stayed too true to a pen-and-paper root, and it helps in some ways, but hinders in others. While the game would be strongly considered a tactical RPG, most of the game devolves into exploring simple waypoint-based maps, single-screen towns, and hex-based battles, with a very strong focus on the latter.

The combat in Blackguards is quick, smooth, and generally unobtrusive. Movement and animations are fairly quick. I never felt particularly impatient during these fights, the ability wheels are fairly clear and easy to use, though I’ve occasionally used an ability on myself when I meant to cast it on another character. 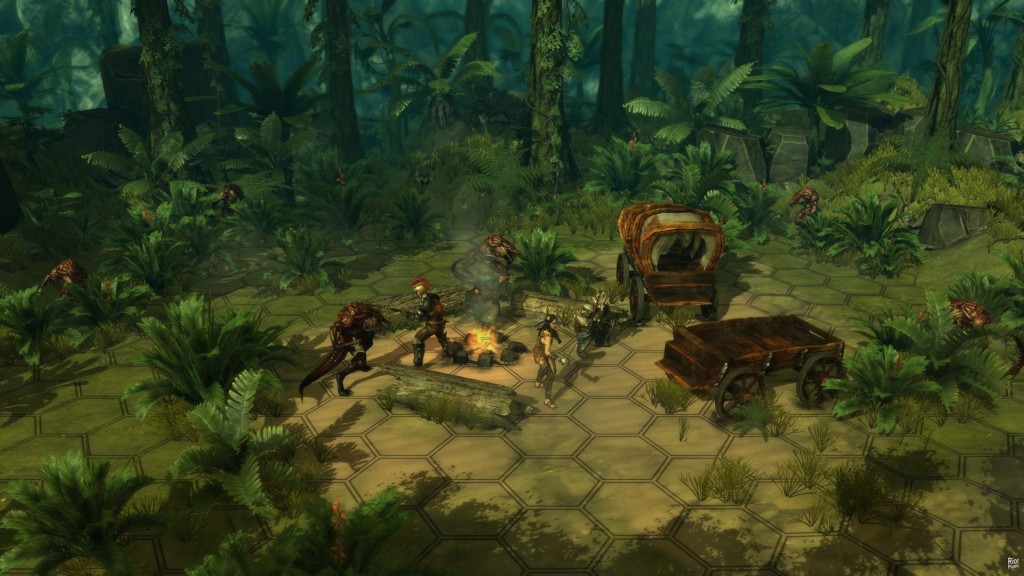 The really impressive part of combat is the way that each environment feels like it was crafted to suit the situation that brought it about, set pieces in the field are often unique, yet easy to utilize and understand. For instance, an early fight pits you against a small batch of crypt lice. Upon entering the field, I set about my traditional business of filling them with steel and arrows (or burning them, as necessary), but quickly found that as I filled them, more kept crawling in through holes in the floor.  You have to set about covering all the spaces with slabs of stone nearby. Another fight pits you against a high-strength wood troll as part of a side quest. The quest giver hints at flammable swamp gas. You’ll quickly find that a direct encounter with the troll will result in a quick end. Instead, you need to carefully position your party to lure the troll into pockets of gas, and use a torch or your sorcerer’s magic to ignite the gas. Nearly every fight has gimmicks and interactive elements like this to keep the combat from getting stale.

Outside of combat, however, the game feels considerably more flat. Dungeons are relegated to basic sets of corridors and waypoints on a flat map. Towns possess a certain amount of character, but are comprised of a single screen populated with several animated NPCs. Dialogue gives a few choices, but few of those choices feel like they have significant weight. The voice acting ranges from slightly above average to laughable at times, but definitely gets the job done. 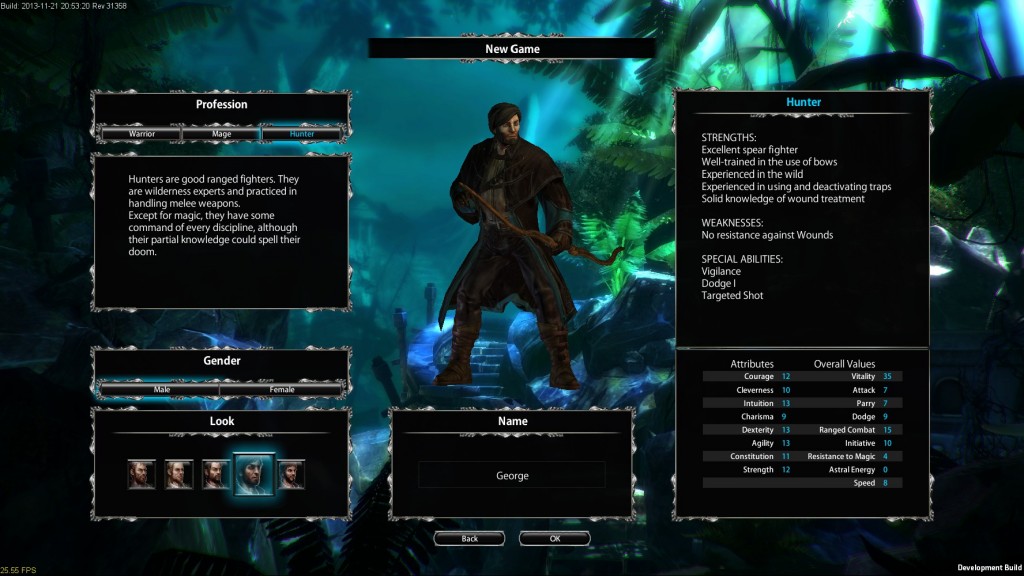 The biggest misstep of all comes in the most coveted part of the RPG genre: the character progression. When creating your character, you’re given a rather small pool of overall character archetypes and then are presented with a choice: simple or complex character creation. The game recommends newer players select the “simple” option, which delegates your starting points to suit your chosen class, as it’s simple to create a build that is downright bad. I’ve played games where you can mess up a character before (Diablo II or Dark Souls, for instance) without incident, but for some reason, this raised a red flag to me. I found soon afterward that the advancement system, while it does afford a lot of freedom, is tedious and confusing. As you adventure about, you gain “adventure points,” which are spent across five pages of different abilities, talents, and stats. This quickly becomes a clear indicator that there is just too much going on, some things can only be learned at trainers, some skills immediately appear useless, and they all operate on sliding point scales that almost feel arbitrary to start. I’m an experienced pen-and-paper gamer, and this still made me anxious to see.  It’s simply one of the qualities of the tabletop game that does not translate to the PC game space as well. 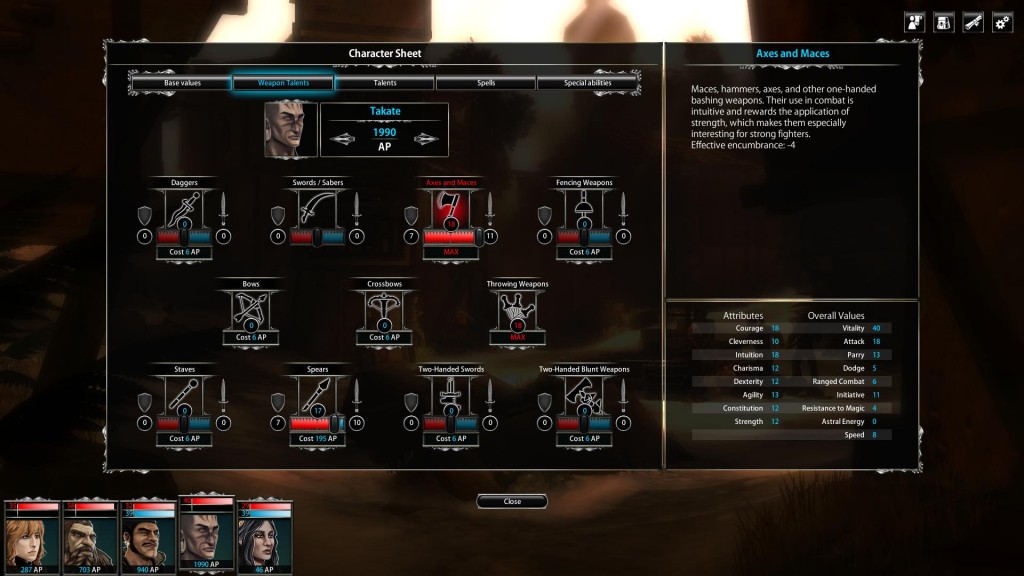 Visually, the game is striking, but simple. It hits some of the right notes and tends not to offend sensibilities at any given point. Battlefields are rich at their best, a little bland at the worst. Character models are generally generic, but with the added benefit that every piece of equipment is modeled in-game and represented on the character—always a bonus. As I said before, towns in the game are hardly more than a single screen with a few NPCs on them, but they have enough character to get the job done in a simple manner, that I never minded that too much. The UI suffers from some issues here and there, with graphics and text sometimes overlapping, and fonts appearing compressed. I would say these incidents are few and far between, but my QA background makes me think that once is one time too many.

In the end, I would exercise caution with Blackguards. If you’re more into the strict fantasy tactical RPGs, it’s a good entry in that regard, though prior experience in complex pen-and-paper systems is a huge benefit to the barrier for entry. If you’re in it just for a tactical combat game, I think you could do a lot better, even if it might not be a fantasy game.

Check the video if you think it might be for you.