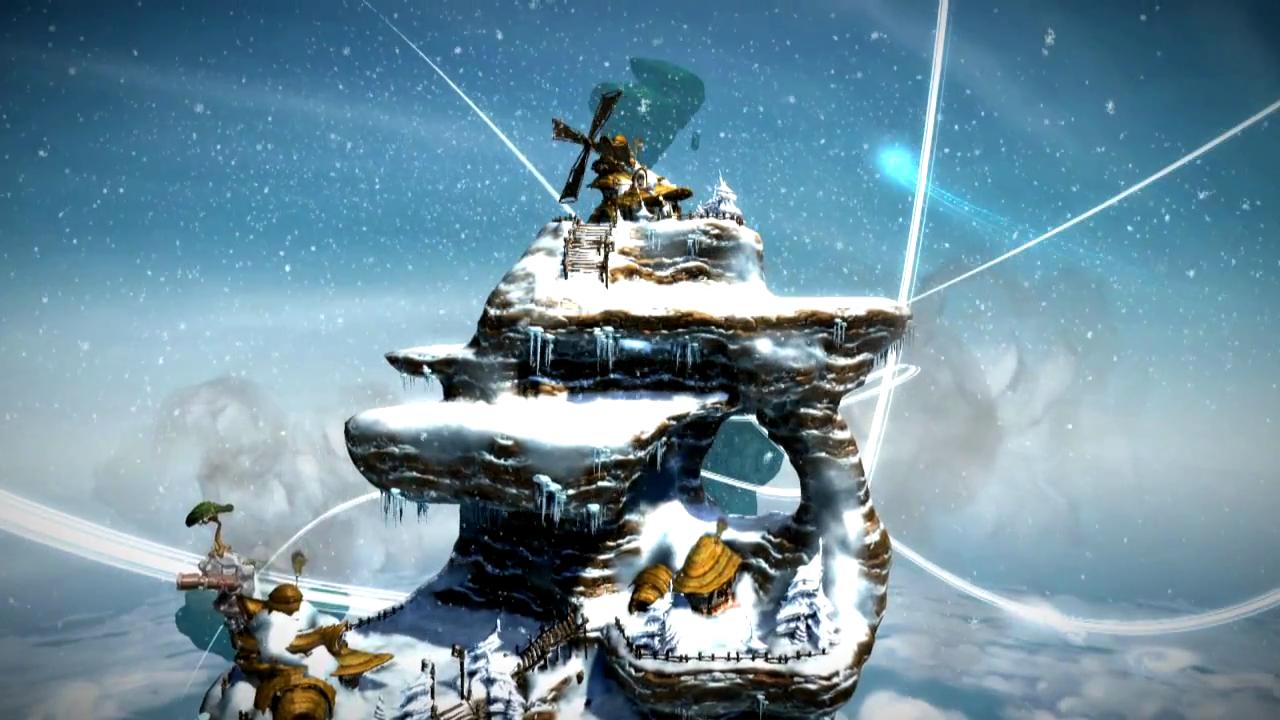 At last year’s E3, Microsoft introduced us to an Xbox One exclusive that promised to greatly impact the social aspect of their newest system. A showcase video for Project Spark gave us a glimpse into a world of virtually unbridled creative freedom, and displayed an amount of detail that has many gamers excited for the impending release of this “game creation tool.” 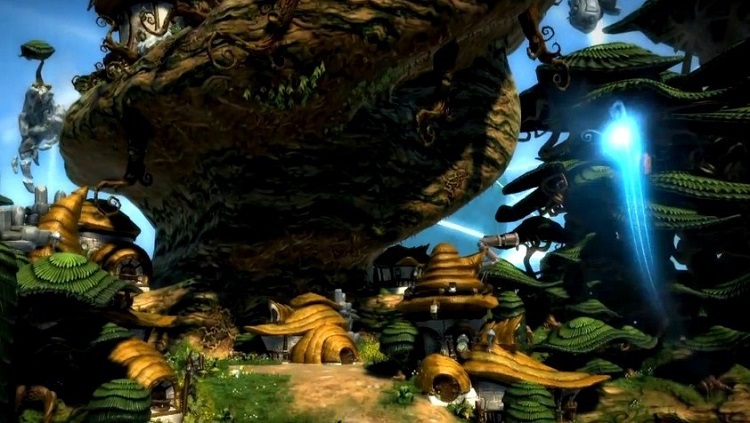 Creativity in gaming is something that has been rapidly expanding over the last few years. The cult classic, Little Big Planet, was one of the first titles to offer a mass of creation and level design tools. We also saw the release of Little Big Planet Karting, which allowed gamers to imagine their very own race tracks. But even with all of the available tools, Little Big Planet was still its own game at its core, and that limited aspiring artists to simple platformer rules and regulations.

Project Spark is a much larger, very ambitious plan that institutes a variety of layers and complex, detailed tools. It’s possible to create a multitude of varying game types and worlds, with both fixed 2D camera angles and fully trackable 3D camera modes. Gamers aren’t limited to a side-scrolling platformer, and are instead free to craft engrossing 3D adventures complete with storylines, collectibles, and enemies. We had a chance to sit down with the recently released open beta that appeared on Xbox Live, and spent some time fiddling around with the impressive creative program. 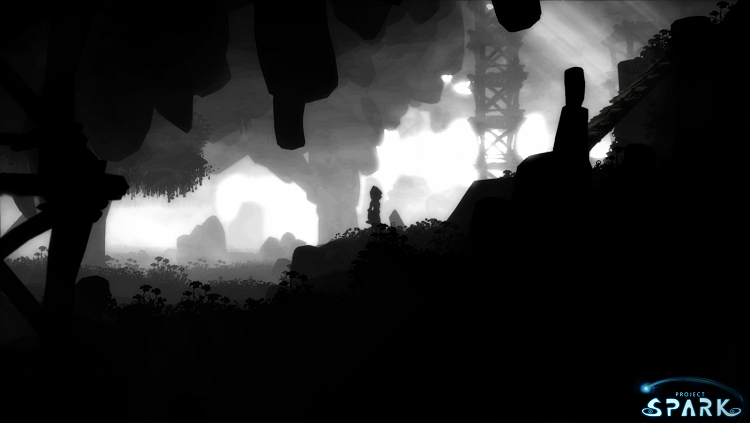 We’ve seen ways for amateurs to “create their own games” in the past, with programs like RPG Maker, but Project Spark is in an entirely new league of its own. There is an incredible depth that lies within this title, and although it remains in beta, it still gives us a solid idea at what we can expect when this “game” is finally released.

Compared to other editors and game creation tools, Project Spark offers a lot more bang for your buck, and can give you much more creative freedom when crafting an experience that modern gamers will enjoy. One example of this is Project Spark‘s impressive goal setting. Little Big Planet often had simple goals, like beating a time trial, or collecting a certain number of items, but Project Spark employs a goal system that allows for almost any end game scenario. Collect a certain number of things, thwart a boss, reach a destination, beat a ticking clock, solve a puzzle, or be required to do all of these things to achieve victory. There is a seemingly endless number of conditions that artists can create and employ to craft a challenging experience for the player. 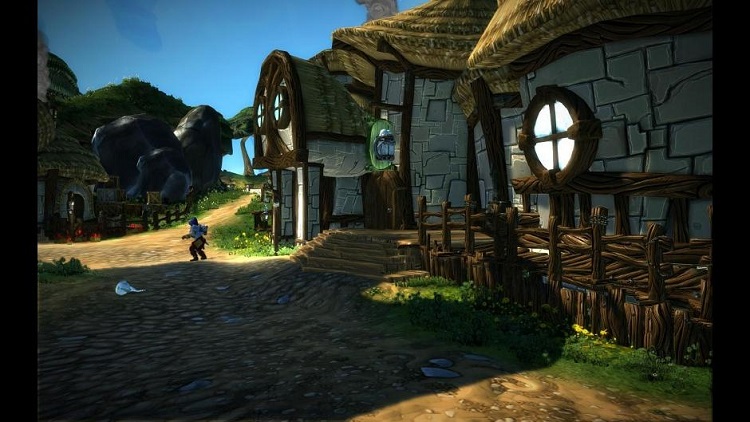 The terrain tool is something to marvel. You can create towering plateaus, jagged peaks, and deep, endless valleys with the simple twist of a thumbstick. It’s all very intuitive and simplistic, and by changing the size and intensity of your brush tool, you can easily fine tune shapes to give them a more realistic form and contour. Adding objects is just as user friendly, employing a “drag and drop” method. There is even a nifty button that allows you to snap the object to the ground, making it easier to place things correctly on your terrain. It is possible to resize objects and characters as well, giving you the freedom to create towering bosses and stalwart foes.

But Project Spark is so much more than a simple “level building system.” It contains a complex “brain” sub-section for each object. This brain can be programmed to do a nearly endless multitude of things. This will give you much more creative freedom when crafting your game, allowing you to change the behaviour of characters and objects. Using this tool, you can create large scale, crazy puzzles that cause objects to interact with one another depending on what the player does. You could decide to craft scenarios which lead a character down multiple paths according to the choices a gamer makes. Or you can even beef up specific enemy units, giving them devious attacks and urging them employ underhanded tactics against your hero. There is a literal sea of commands to wade through. 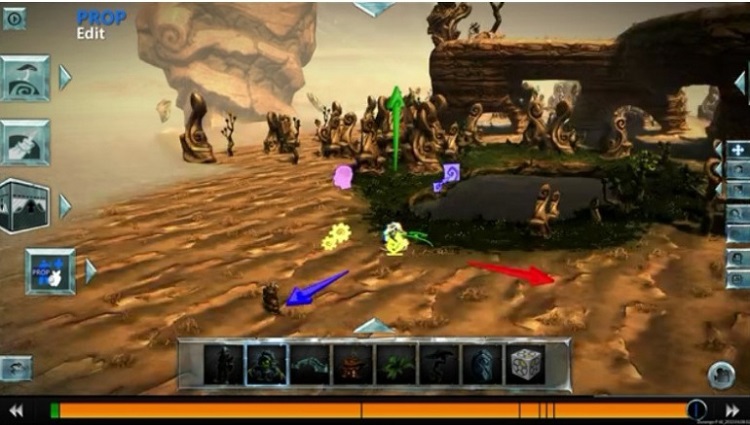 In its current beta form, the title contains a few pieces bits and pieces that are free to use. If you go to the creation shop, you’ll find a multitude of other objects and character types that can be purchased, using either in-game currency that you can earn by creating, or by emptying your real world wallet. The store offers items in packages, and provides a great place for Project Spark to expand in the future.

Created games can be uploaded and enjoyed by players from all over the world. Likewise, you can test and play projects that other gamers have created. Better yet, you can even enter a special mode that allows you edit specific parts of a project, giving you the ability to customize it to further suit your tastes and play style. 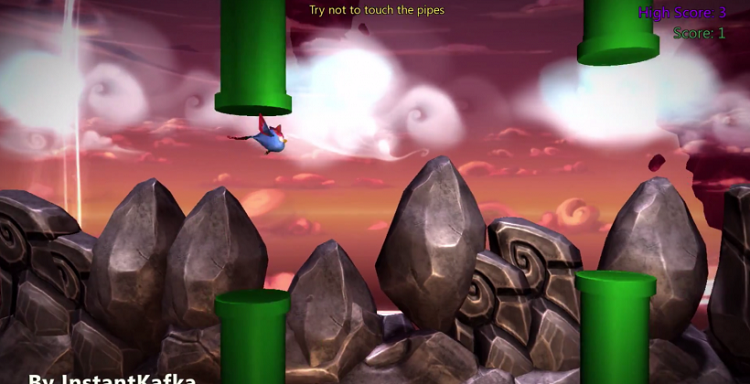 Just from the “small” amount of items and tools we’ve seen in the beta, Project Spark is shaping up to be an incredible journey through creation, one that is laced with a mass of possibilities. We may see actual titles stem from this type of game creation tool, and it may even make it easier for smaller indie studios to form, as it gives them the necessary platform to help them better understand how games are created. If you haven’t had a chance to load up the Project Spark Beta yet, you should do so as soon as possible. Even if you’re the type of person that doesn’t enjoy creating, or artistry, you’ll still have a ball just messing around in the tutorial.