Among the Sleep Review

Among the Sleep caught the collective survival horror fan-consciousness’s attention when it was first announced, accruing a whopping $248, 358 on Kickstarter thanks to its creative premise: experiencing a fear-filled world through the eyes of a powerless toddler. Does Among the Sleep live up to its considerable promise, and is it worth the $20 price tag? I, as a member of the aforementioned horror fandom, had to find out for myself.

In Among the Sleep, you play as a child navigating a psychological realm in the attempt to get back to mother’s waiting arms. This premise remains intriguing, as it has been since the game was first announced, and any game where I’m not forced to play as a rugged brown-haired man earns instant points from me.

More importantly, though, playing as a toddler affects the game in unique ways, for instance by forcing you to crawl instead of run when your baby-self runs out of steam, and substituting a sentient teddy bear (unsurprisingly named “Teddy”) for the standard flashlight. It’s clear the team put a lot of thought into how to best bear out the concept, and the attention to detail in tailoring everything to the toddler experience certainly enhances the immersion.

I feared that Teddy would be annoying, overbearing as he is during the tutorial level, but it turns out that he provides a much-needed voice to the story. Survival horror protagonists who refrain from commenting even on the most terrible of discoveries tend to wreck the atmosphere, and taking that to its limit with a protagonist who has not yet learned to talk would certainly be dull, if not aggravating.

Teddy mitigates the problem by not only providing helpful instructions, but also comforting the player-character—as if to show that the toddler is affected by the environment, even if he can’t express it—and reacting (sometimes overreacting) to scares. Plus, he makes a much cuter than average flashlight. …I admit it, I’m attached to the cute little guy. 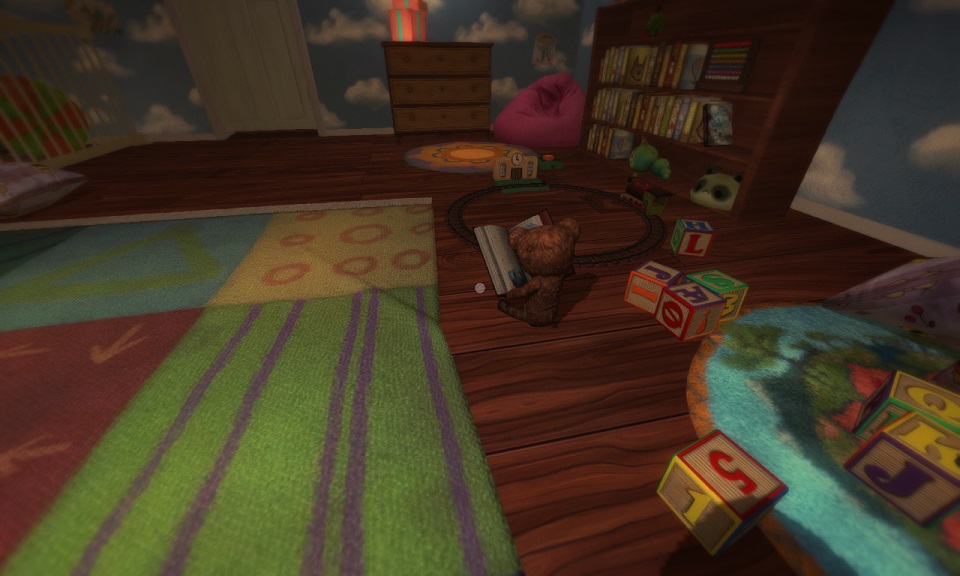 Teddy is one of only a few characters inhabiting the game world, which along with the short playtime of 2–3 hours unfortunately limits the depth and interest of the plot. Among the Sleep does not lack an overarching narrative, as each environment and experience in the imagination world builds up to an eventual revelation that most players will find to be a satisfying conclusion. The fault lies less in any particular failing in the storytelling than in the fact that there’s simply nothing unexpected or groundbreaking—it’s more style than substance, to be sure.

Tidbits regarding the child’s family situation and psyche can be gleaned from exploring the house in the first level—the most obvious revelation being that the mother is terrible at childproofing her home. The player character’s drawings, found both in the house and in later levels, also provide hints regarding the family’s backstory.

Alas, this is far too little to establish an truly compelling story, and the “hit you over the head” obviousness of many of the found objects and drawings reduces the sense of mystery, rather than heightening it. The ending, though foreshadowed in such a way as to provide some level of interest through the aforementioned hints, answers a question that no one was really asking to begin with. 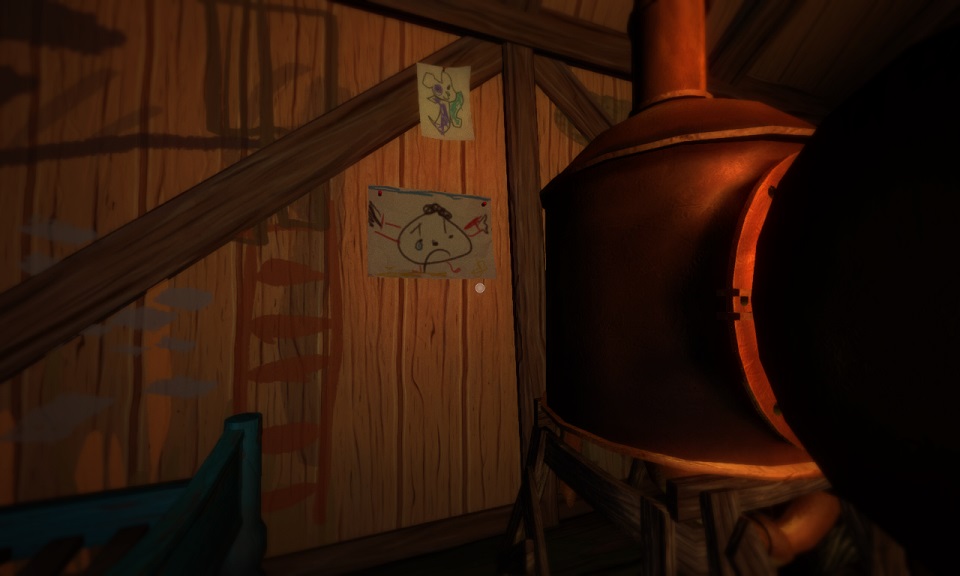 In this fashion, the game lacks a driving force to compel the player forward, and does not cultivate any real curiosity about what has happened previously, or what will happen later. I found myself progressing for the sake of progress, rather than out of eagerness to see the next scene unfold. Though not necessarily bad on its own, this lack of depth in the plot department did leave me without a desire to pick the game up after having put it down the first time, and I worry that at least some portion of potential players will miss out on what else this game has to offer because of the lackluster story.

It would really, truly be a shame for anyone to miss out on later levels due to the lack of intrigue at the beginning, because the area where this game really shines is its environment design. The aesthetic has a somewhat cartoonish look, but in the sense that everything is distorted and fantastical, not bright and cheerful (I was reminded most vividly of the aesthetic of Alice: Madness Returns, for those who are familiar). The subtly creepy vibe is pervasive, stemming from the distortion of the everyday, but not overwhelming—it doesn’t shout “be afraid!” in conventional, blood-spattered tones, but renders both the odd and the scary in a fashion perfectly suited to the age of the protagonist. 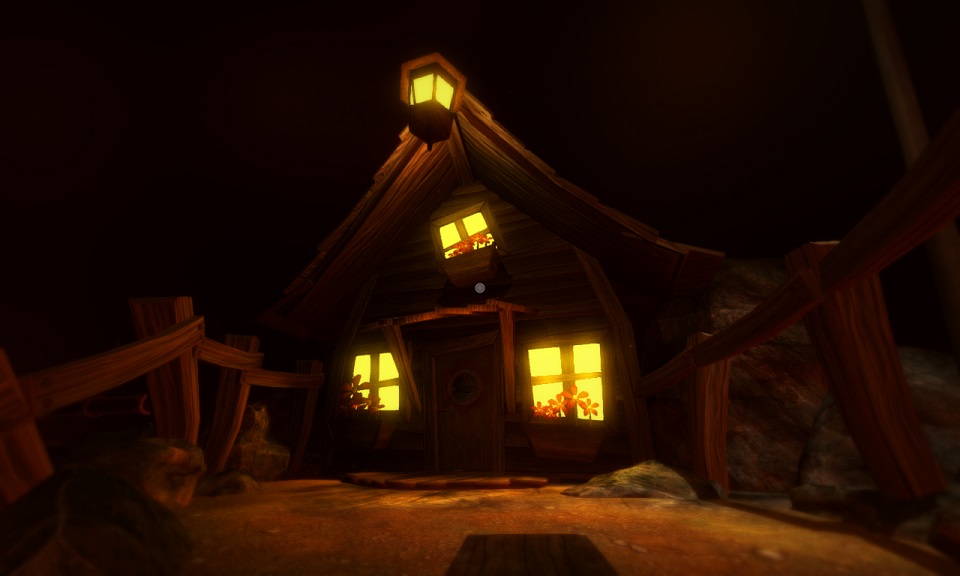 The design concepts are well executed, to boot: Among the Sleep continually surprised me with rich visuals, and the graphics are particularly impressive given the size of the team that created the game. The chance to explore the environments of the child’s imagination is the reason to invest oneself in this title.