A Hobo Keen On Cardio: A Deadlight Review

If you’re a PC gamer like me, you tend to pay attention to the weekly and monthly Humble Bundles in an attempt to keep my Steam library full while also keeping a few dollar bills left in that dark and empty void I like to call my wallet. For the August bundle, I picked up a few games and one of which was Deadlight. 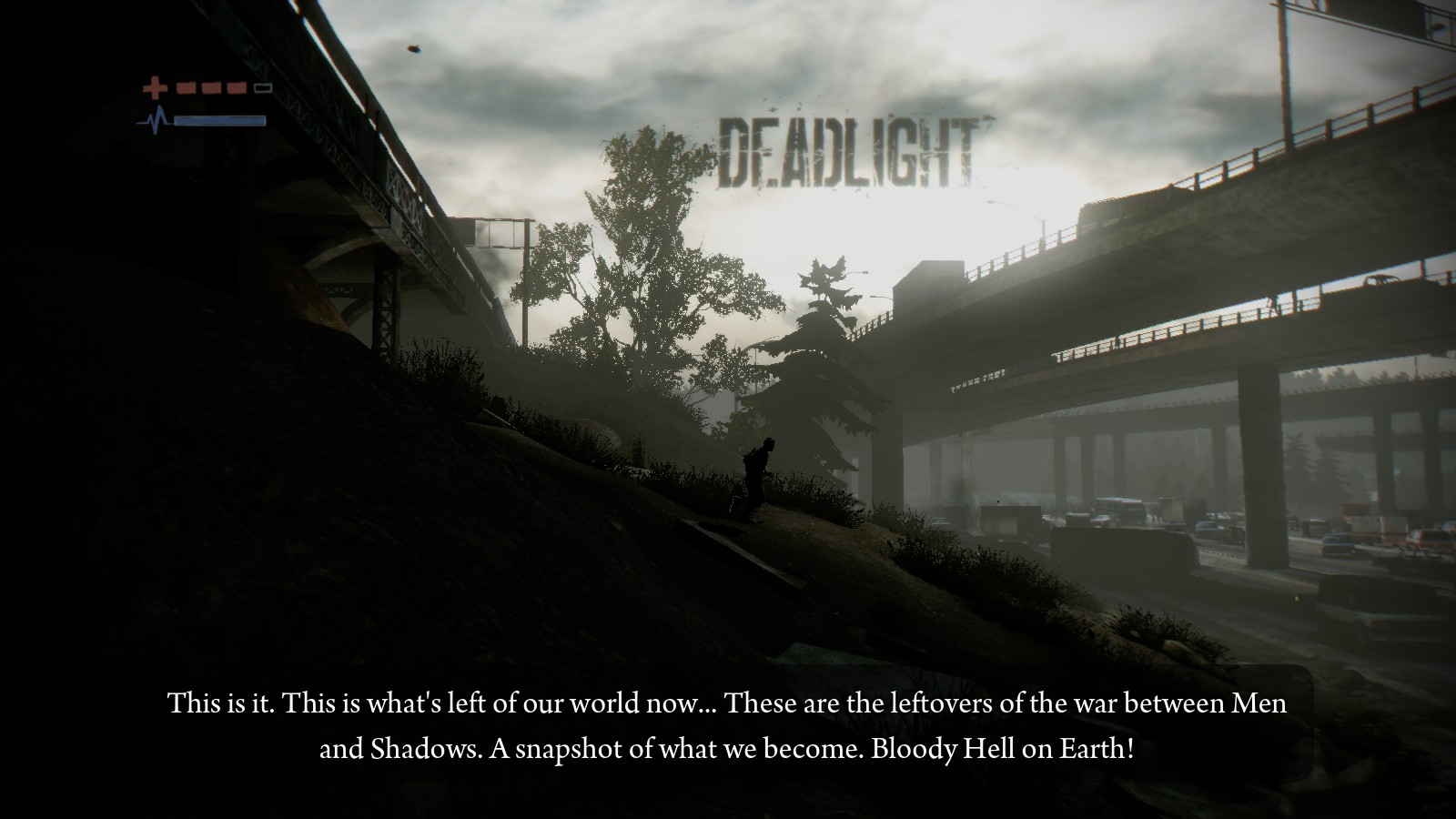 This 2.5D platformer/survival narrative takes place in Seattle in 1986 during the zombie apocalypse. You play the stoic Randall Wayne, a former park ranger, as you set out to find your family among the chaos. You will chop, shoot, and evade your enemies as you progress through the broken streets of Seattle in your quest, all the while receiving priceless narrative from Randall such as “Run, Randall, run!” or “That door looks weak, I bet I could break it down,” as if he’s trying to mimic the Batman: Arkham series of games. Unfortunately Randall does not have the same charm as Adam West or Bruce Wayne, despite sharing the same last name.

Most of this game’s story is given to you in bits and pieces during flashbacks and you’re forced to connect the dots. If I didn’t know what a park ranger’s uniform looked like, I wouldn’t have been able to discern his occupation prior to the apocalypse unless I had read the Wikipedia page. Randall’s attire and appearance is one of an unkempt vagrant who hasn’t shaved in a few months (or weeks if he were Hungarian).

The cut scenes are delivered in animated storyboards with narration between each scene. Thank goodness I like subtitles on because my audio cut out on about half of these cut scenes and was forced to imagine epic music from Inception in the background while I tried to read the subtitles in Randall’s gravelly voice. (However this also could have something to do with OBS since I was streaming it while playing.) 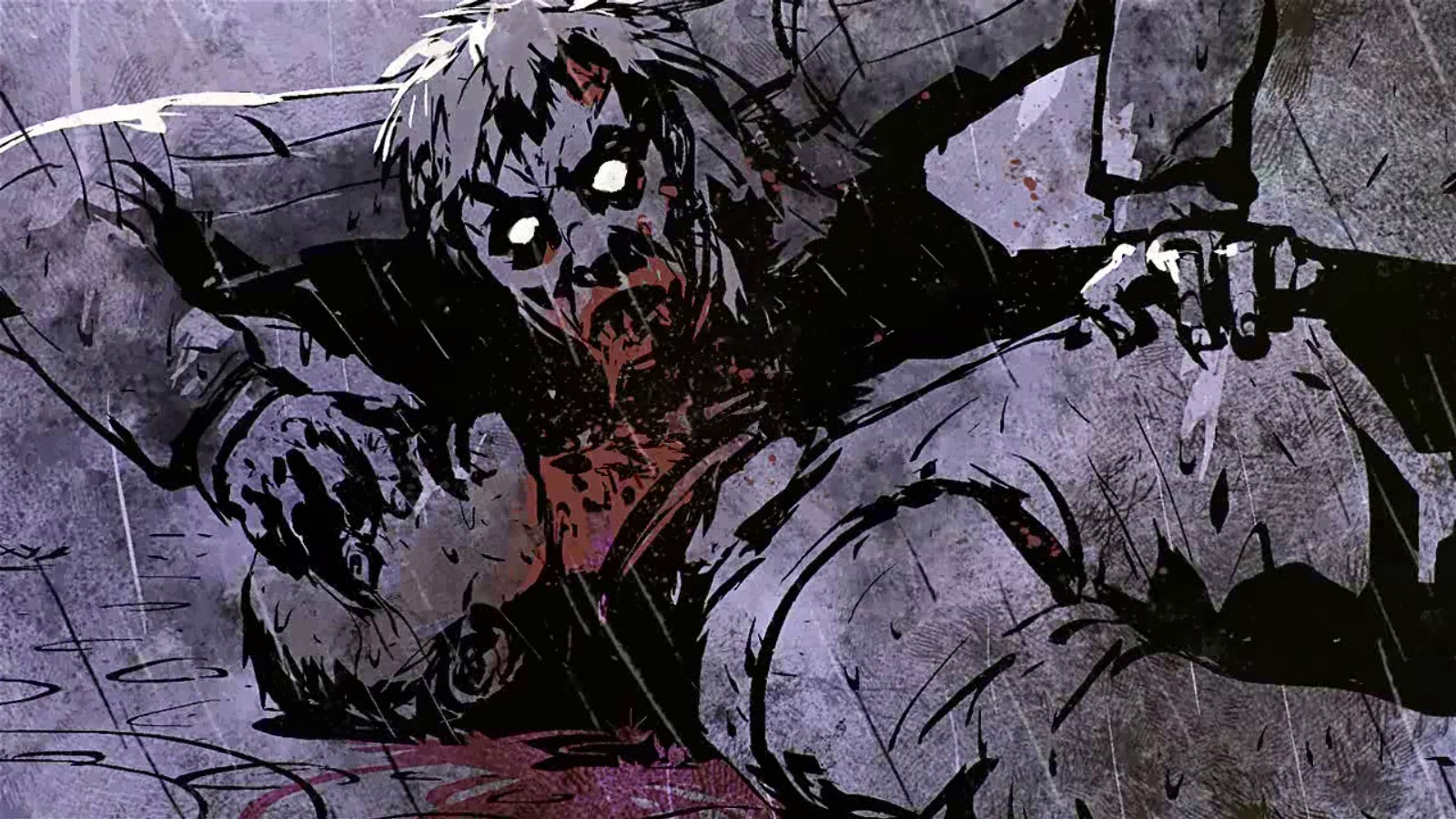 The gameplay is definitely unique in its own right. Zombies, or Shadows as this game would refer to them, are quick, unpredictable, and come in handfuls at a time. The 2.5D perspective adds to the challenge of gauging how many zombies are trying to have a Randall snack by sending zombies from the background into the foreground unexpectedly. Some might stay in the background feasting on a corpse, while others catch the scent of this survivor ripe with body odor and start running for you like a fat kid after an ice cream truck.

You’re provided with several weapons throughout the game including an axe, revolver, slingshot and shotgun. Ammo is scarce and should be used wisely or in a pinch, but with there being no penalty to death other than starting from the nearest (very generous) checkpoint, it’s hard to warrant using the ammo at all.

That being said, you can kill the zombies with your axe with abandon, but it is definitely an endeavor to swing at them enough times to knock them down, then deliver the finishing blow once they’re down. This also takes a good portion of your stamina bar so it’s hard to see the axe as your only weapon in times of crisis.

The platforming gets by on some dodgy controls on both keyboard & mouse and gamepad styles. I used both for my experiments but decided to stick with controller as it flowed slightly better. This game is unforgiving to mistakes and I often had to retry a checkpoint four or five times before my timing was perfect enough to pass a given section. Reactions have to be quick at times and the controls simply don’t aid you in this process. You must be sprinting to roll with the crouch button, but the sprint does not take effect for a few paces, so oftentimes I found myself crouching at all the wrong times.

There are several refreshing puzzle segments in the underground sewer dungeon, inhabited by a crazy old man that refers to himself in third person as The Rat. These segments are a nice break in the flow and provides you with an opportunity to hone your skills better before they send you through the really stressful segments above ground. 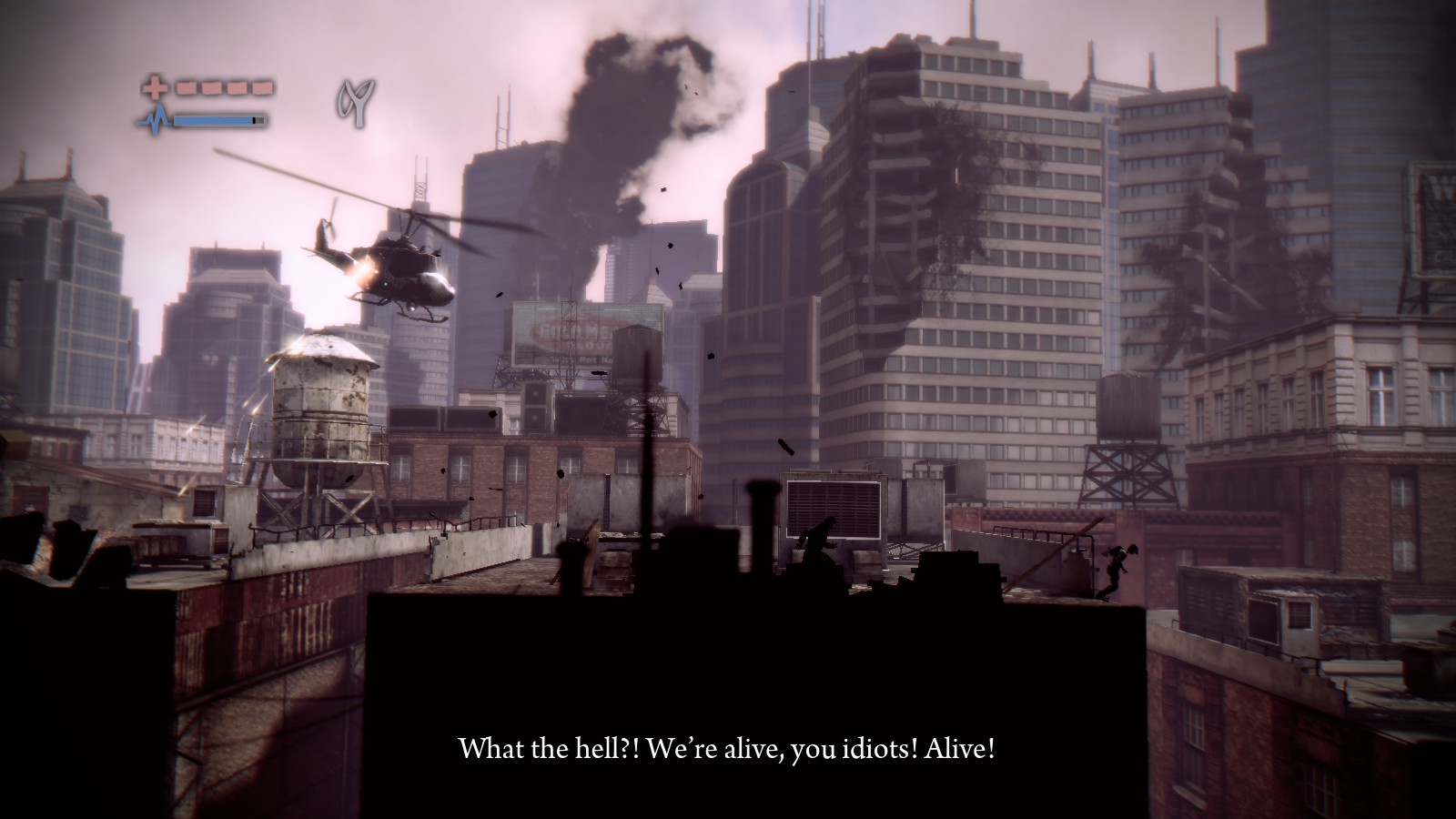 The setting is very real and seamless. I find little to gripe about with the backgrounds and the level design. As I traveled from the slums to the big city I often stopped just to take it all in. Plenty of time was spent on immersion in this game and they certainly pull it off. The visuals look real without looking like you’re viewing the scenery through a used coffee filter, and the models are appropriately detailed, even for being a side scrolling game. It won’t win any awards for visuals, but it definitely provides the extra push to help support the occasionally dodgy controls and lackluster narration and writing.

The game lasts about four or five hours depending on how skilled you are at the platforming elements, but there is an added difficulty once you complete the normal mode. There are plenty of collectables and even secret collectables that can sometimes result in a new mini-game for you.

All in all I would say that Deadlight is worth your time. While I disagree with the sticker price of $14.99 on Steam, you can catch this title (DRM free) until September 1st for the “pay what you want” rate at the Humble Bundle website. Deadlight will not get any awards from me and doesn’t achieve anything groundbreaking, but in a sea of often terrible indie games, I’d say this one is definitely towards the top and I would recommend adding it to your library for the quick change of pace you desire.

Lab geek, writer and above all else, a gamer. Born and raised in California, he sees games as an art form and something to be shared and admired by all. Twitter: @Alderas24