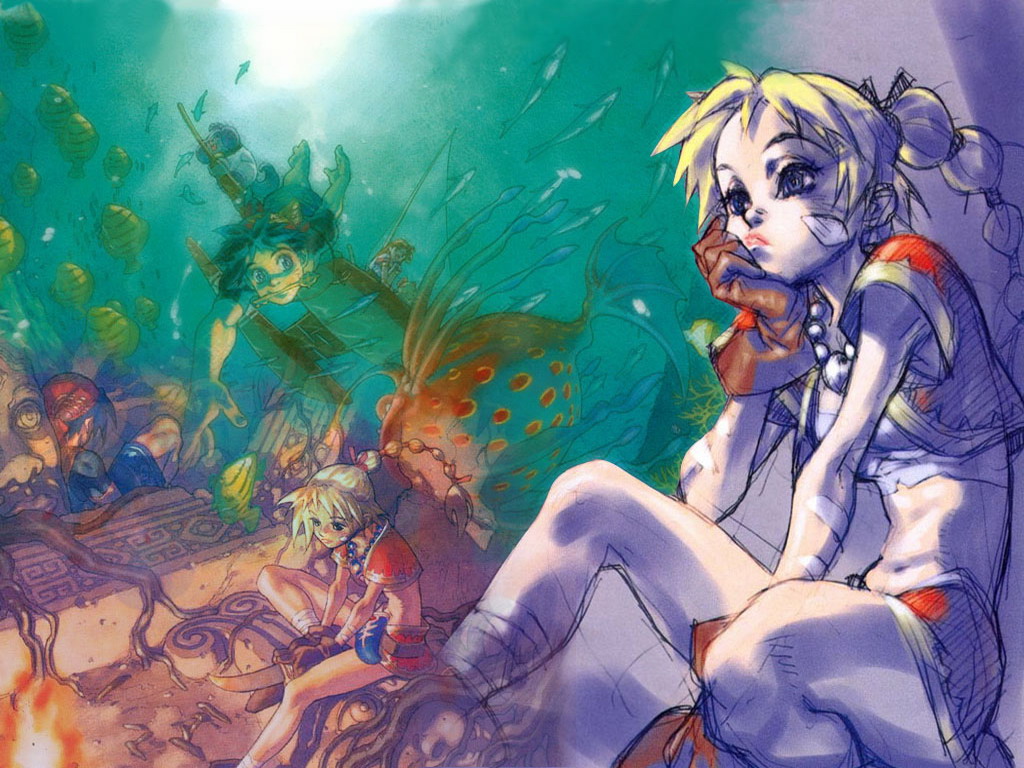 The Chrono Cross Soundtrack: A Retrospective

The element most people notice when first playing games is, justifiably, how it looks. With advertising nowadays focusing on how pretty everything is – it’s actually been this way forever – how could it not be? Consideration of the way a game plays comes some moment later, but it’s usually not until the overall experience is contemplated that people start to recognize the quality of the game’s soundtrack.

A few years ago, I had the chance to experience Video Games Live. It was the 200th show for the popular tour; a landmark event that took place during E3 2011. I was surrounded by video game enthusiasts from around the globe and all of us were gathered together in the Nokia Theatre at LA Live to watch live performances of hit video game songs. The atmosphere was unlike any other.

The setlist was full of hits, featuring music from critically acclaimed games like The Legend of Zelda, Metal Gear Solid 3: Snake Eater, Halo: Reach, Red Dead Redemption, and Portal. The highlight for me, however, came towards the end. A full orchestra was on tap to perform a short medley of songs from Chrono Trigger and Chrono Cross. Considering the sheer amount of quality music that the roughly 2.5-3 hour concert culled from, that should speak volumes to how good the soundtracks for the Chrono series are. In particular, that should emphasize how good the Chrono Cross soundtrack is.

Unlike the other games featured during Video Games Live, Chrono Cross is a relatively divisive game that does not garner universal critical acclaim. It has mostly to do with how it’s a sequel to one of the greatest games of all-time and how it mismanaged the beloved cast of the original, but Chrono Cross is remembered – fondly, that is – more often than not for its evocative music rather than any other aspect.

So, it is the purpose of this post to appreciate one of the greatest soundtracks of all-time, composed by Yasunori Mitsuda. Let’s take a listen to some highlights:

I’d like to underscore the fact that I don’t remember much of this game. Chrono Trigger? I can easily tell you how to get all of the different endings. I can quote an awkwardly large amount of the script. I can easily name each melody in the game and hum along whenever the tracks change.

Chrono Cross? I can pretty much only recount to you what any basic Wiki entry could (e.g. you can recruit multiple characters, the game features multiple dimensions, etc.). But, the music! Oh, the music. Like it’s predecessor, the fantastic soundtrack is ingrained in my brain. I sometimes wonder if the reason we’ll never get the oft-rumored Chrono Break is because its soundtrack just wouldn’t be able to live up to its predecessors’.

What’s so impressive about this soundtrack is, since the game takes players through parallel dimensions, it needed to offer up familiar, yet distinctive melodies for each area and its cross-dimension counterpart. Truly, this soundtrack takes listeners on a journey.

Now, take a listen to “Arni Village – Another World”

It’s easy to hear the similarities between the two, since they’re different takes on the same tune. The “Home” version features a mix of string and wind instruments to evoke a very serene and hopeful feel in the listener. “Another World,” on the other hand, opts for replacing the wind instrument with piano, and the effect is slightly more somber. You still get the calmness of it all, but it’s tinged with a bit of melancholy. The difference in composition is slight, but it’s enough for the player to know that they aren’t in the same dimension.

For the record, this is the exact performance that gave me all the chills:

Think about that: I got chills from listening to the music of a game I can’t remember most of. The music of a game that came out over 13 years ago, one that I haven’t touched in precisely that amount of time, caused me to feel more than most entire games do nowadays. The music alone aroused an emotional response, meaning that even if I can’t consciously recall the game’s story, it still means something to me. I’m not sure there’s a more powerful soundtrack out there.