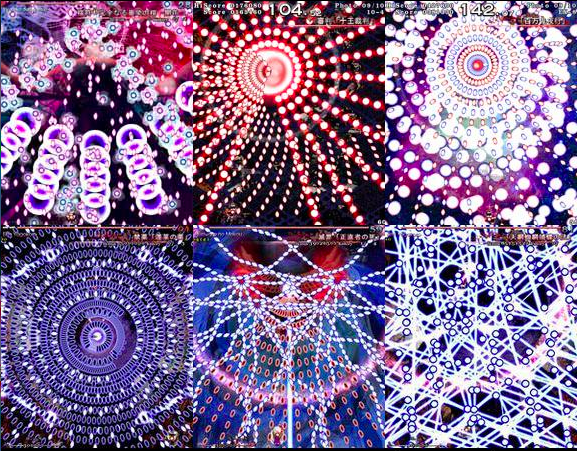 The Bullet Hell Genre: A Retrospective

Cave has been around for nearly 20 years. It was formed from remnants of the long defunct Toaplan. The latter was dedicated to making arcade shooters, so it should come as no surprise that its spiritual successor of sorts has specialized in that as well. The studio was and always has been at the forefront of crafting games in what is affectionately called the “bullet hell” subgenre of arcade shooters. These types of games task players with dodging insane amounts of incoming enemy fire. So much colorful death engulfs the screen.

Pretty visuals combined with gameplay that tests players’ hand-eye coordination to the very limit? It’s a perfect mix of what many gamers should love.

Yet, news recently broke of Cave Interactive deciding to halt its Western presence.

The Japanese video game studio responsible for several of last generation’s best shoot-em-ups announced that it will no longer have dedicated venues for interfacing with its English-speaking audience. Beginning February 28, 2014, both its English-language blog and Twitter account will be shut down. This news comes after months of inactivity, so it shouldn’t be too much of a surprise, but that doesn’t make it any less unfortunate. Any new information about the studio’s games will instead be made available solely via Japanese channels.

The move comes after the departure of key staff, like studio head of development Makoto Asada and COO Mikio Watanabe, and the company’s recent plans to instead focus on mobile and social software. Last generation proved incredibly unkind to “middle tier” developers and games. If you weren’t a large developer or publisher crafting “AAA/blockbuster” games or a plucky and determined indie developer, one failed project could easily spell the death of your company. As such, a company like CAVE, who has focused on a genre with such little influence, has hit some hard times. The genre just isn’t reaching a large enough audience to remain all that financially feasible.

Nowadays, shoot ‘em ups comprise a very niche genre in the gaming world. It might be because the genre itself rides that fine line between maddening and rewarding, so consumers will often overlook it. With such a small audience to cater to, there’s no reason for many developers to dedicate any time to it.

Conversely, and this is the less cynical perspective, is that the formula was perfected a long time ago, and any great games that have come out since are minor alterations to it. And if bullet hell developers already know what types of players will purchase their games, how else could the genre have evolved other than offering gamers even more challenge? Due to their intense focus on difficulty, the appeal of shoot-‘em-ups is incredibly and increasingly narrow.

As it has been for the last few years, the genre is dedicated mostly to a very Japanese, and/or a very challenge-loving, audience.

All you really need to assess the genre’s unfortunate lack of influence on broader gaming culture is to look at how many Xbox 360 consoles sold in Japan. According to Media Create, one of the premier video game software and hardware tracking and ranking firms in Japan, the Xbox 360 sold just about a very meager 1.64 million units in its entire 8 year life cycle. By contrast, the Wii U, which everyone, including Nintendo itself, acknowledges is doing very poorly in all regions, is less than 30,000 units away from surpassing Xbox 360’s lifetime sales in Japan.

These numbers are important because the Xbox 360 absolutely dominated in terms of providing gamers with shoot ‘em ups. It’s a possibility that the very American piece of tech didn’t catch on in the Land of the Rising Sun precisely because it was American, but honestly, anyone who wanted to play some of the very best shoot ‘em ups of the generation owned one. Around 1.64 million is a very small install base, and the audience for bullet hell games is likely even smaller, which is why not many make it stateside.

It doesn’t help that the genre doesn’t translate too well into 3D. (Or that there’s this unfortunate modern gaming perception that anything 2D shouldn’t cost the same as anything 3D. How else does a 2D game compete with the fancy modeled graphics of today’s games than to add more pretty lights, colors, and challenge?) The closest we can get are rail-shooters or something like the Nintendo 3DS’s Liberation Maiden, which is a current and respectable attempt at transposing the intense gameplay into 3D with the freedom of 360 movement. Unfortunately, the gameplay has yet to catch on with publishers and developers with deep pockets.

While I’m busy lamenting the perceived end of one of my favorite types of games, not all hope is lost. With any luck Cave’s decision to cease operation of its public-facing sites doesn’t mean the end of the studio actually bringing its games to Western shores. The studio previously ported some of its more popular titles, like Akai Katana, Deathsmiles, and Espgaluda, to the Xbox 360 and iOS devices, some even region-free. Deathsmiles 2X was even released stateside untranslated, so that might be one reason to remain optimistic.

Further, with the very pretty and very 2D downloadable title, Resogun, garnering plenty of praise – and so far pretty much being one of the only games worth still playing on the PS4 – there might be potential for this genre to endure. Certainly, there are many obstacles the genre needs to overcome in order to survive. But, hey, it wouldn’t be bullet hell without a little challenge.