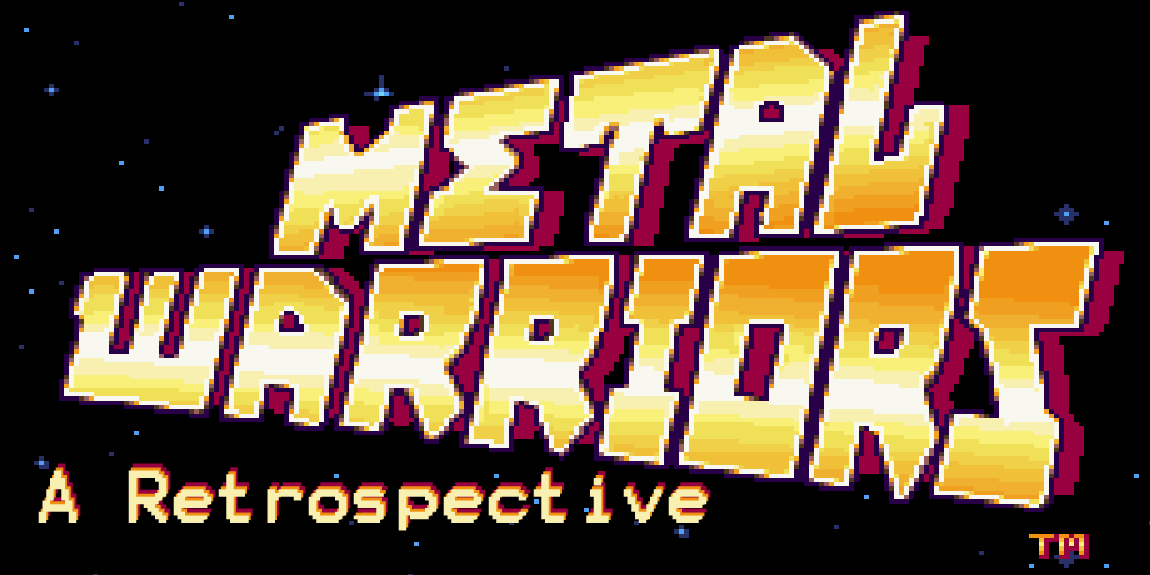 In the world of gaming there is no shortage of “mech” games, however Metal Warriors for the SNES is a classic title worth mentioning. Developed by LucasArts and published by Konami in 1995 this title features mechanics that were leaps ahead of its time. It remains an often overlooked classic from an iconic era of gaming.

At first glance this title looks like a side scrolling “Contra-clone” shooter that fans of Konami are used to. What sets it apart is the variety of gameplay elements it provides. The game sports 365 degree aiming, weapon upgrades auxiliary items and six unique mechs to choose from. Beyond that, the player has the ability to step out of their mech at any time. This feature allows further exploration of levels, and the ability to switch between mechs on the fly while providing another layer of gameplay.

Each of the six available suits has a unique play style of their own, but share core mechanics like ranged, melee, and defensive abilities. The standard Nitro mech sports a automatic rifle, plasma sword and shield, and jet packs, which is standard fare for your average mech. However, suits like The Spider can scale walls like its name suggests, giving you the ability to pick off your targets from a ceiling. Additionally, you have the Drache which is literally a flying mech able to dive bomb targets or the Ballistic which is oddly reminiscent of a Droideka from the Star Wars franchise. Each suit has its own unique set of moves and skills which allow a variety of gameplay and heated head-to-head multiplayer battles in its split-screen mode. 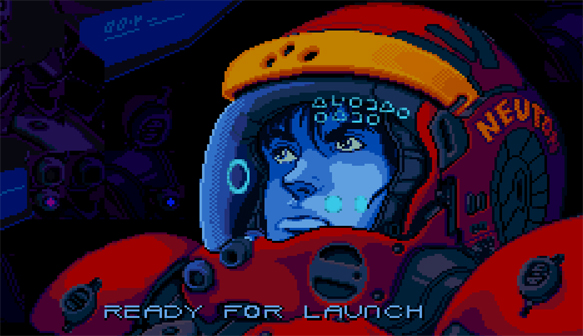 Overall the production value of this title is top notch. Each mech is well animated, and its anime cut scenes work perfectly within the genre. Musically the game sports a great soundtrack and effects are what you would expect from LucasArts at the time. Interestingly enough, there is no user interface to speak of – at all. In lieu of a health bar, the players mech shows damage it receives in real time through bullet holes, missing limbs and the tint of your armor.  That’s right, as you play, your mech’s sprite will change based on the amount of damage you have endured. If enough damage is done the player is forced to abandon the mech to search out a replacement on foot. While you are not helpless outside of your suit – you still have a gun and a jetpack – you won’t last long against your giant metal counterparts.

The game is fast paced and requires some practice as you’ll need to utilize your all your skills –like your shield to defer damage since agility isn’t your mechs strong suit. Each of the buttons of the SNES controller are utilized – a rarity even in its prime. The d-pad is used in a way rarely seen today – left and right move the player, but up and down change the arc of fire much more precisely, thus breaking the eight direction norm.

Enemies range from puny humans with a pea-shooters to gargantuan tanks larger than your own mech. Other enemy mechs zip around the air, relentlessly firing at your position. As such, players movements must be well timed and deliberate to avoid taking damage while trying to deal it out themselves. Each mech has a useful shield technique which deflects incoming attacks and a melee move of sorts for close range combat.

Environments are your standard space fare, but contain a great deal destructible obstacles – some only accessible with only certain weapons giving multiple paths and hidden items or mechs to discover throughout levels. Power-ups like rockets or an item that switches the gravity of your mech provide additional depth to what could have been just another side scrolling shooter.

Overall, Metal Warriors is an overlooked title which is still quite a lot of fun and unique by even today’s standards. Its fantastic anime style artwork combined with top-notch production value (standard for LucasArts titles at the time) still provides an engaging and unique experience almost twenty years later. The inclusion of a head-to-head split screen mode allows a great deal of replay value once the main story is complete. 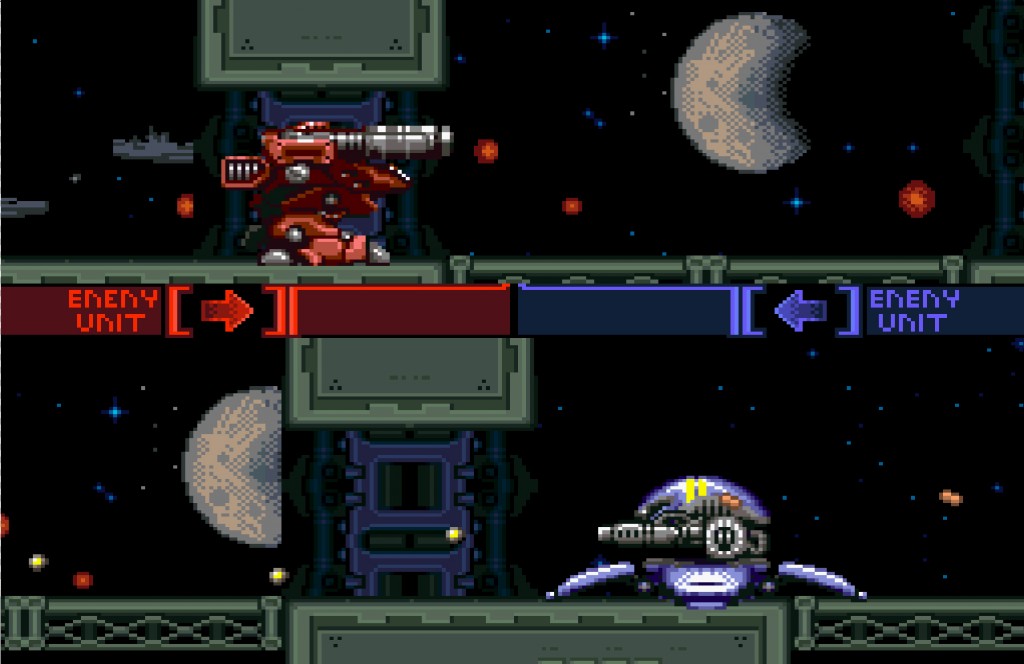 In being an old-school Konami-style game, it is no slouch in the difficulty category. Each individual enemies action patterns must be countered with your own moves. For example the mechs toward the end of the second chapter require you to utilize your “Drop Shield” on the Nitro to avoid constant fire. If you think you’re going to breeze through the first half of the game on your first few playthroughs, you’re mistaken.

If you are a fan of side scrolling shooters or mech games be sure to pick up a copy, dust off the ol’ SNES, grab a friend and a second controller. I guarantee you won’t be disappointed.