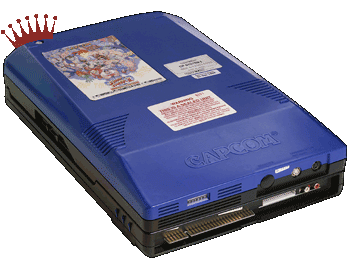 CPS-2 – The Godfather of the Modern Day Fighter

While it was the original CPS Board which defined the 2D fighter genre with the classic Street Fighter II: The World Warrior, it was the CPS-2 board which introduced new franchises and mechanics which set the precedent for modern fighters today.

One of the most exciting times for the fighting game genre occurred in the five year span between 1993 and 1998. This was the time when the CPS-2 Board dominated local arcades by offering variety to both the arcade owner and player. It was, essentially, a console for the arcade owner which offered the ability to utilize one cabinet for several different games. It’s versatility made Capcom king of the arcade in it’s time in one aspect especially – the 2D fighter. We take a look at the classic titles it offered and the impacts it made on the evolution of the fighting game.

The first fighter released on the CPS2 board was Super Street Fighter II: The New Challengers which for the first time, added new playable characters like Fei-Long and Cammy to the already iconic lineup. Only a year later the next iteration, Super Street Fighter II Turbo introduced the concept of a “Super Meter” – a bar that fills on hits given or received which – when full – would allow the character to perform a “Super Combo”. This small addition is now seen in almost every modern day fighter to date.

With the popularity of it’s Street Fighter franchise booming it began branching out through both new and licensed games. First up was Darkstalkers: The Night Warriors which took characters from folklore and pitted them against each other.  While the series never received the same praise as it’s predecessor, it did open the door for the next entry by featuring exaggerated moves and characters unseen previously.

X-Men: Children of the Atom was not only Capcom’s first licensed fighting game, but also one of the most influential. Featuring the easily recognizable cast from the fabled comic books, fans took to it’s over the top fighting style immediately. It featured a double screen height which was complemented with greater agility and control than first seen in the previous title. Suddenly the game was – in literal terms – bigger than ever which allowed the X-Men Universe’s character abilities to flourish. The combination of these elements brought something completely new to the scene by featuring the familiar.

It was at this time Capcom cultivated a lot of the ingredients from it’s last two titles to create Street Fighter Alpha – a prequel which pulled from it’s own pool,featuring characters from their Final Fight games as well as some new ones. What was really special about this title was it’s art. For the first time since the original Street Fighter II, all new character sprites and animations had been created. In terms of influence, the sprites created in this game would go on to be featured in Capcom fighters for the fifteen years.

Over the next couple releases, Capcom expanded on both it’s fighting franchises with Street Fighter Alpha 2 and Marvel Super Heroes – both continuing to expand in roster and technicality. It was however clear that in order to continue capturing a broad audience that accessibility and flair were king.

The Birth of the Crossover 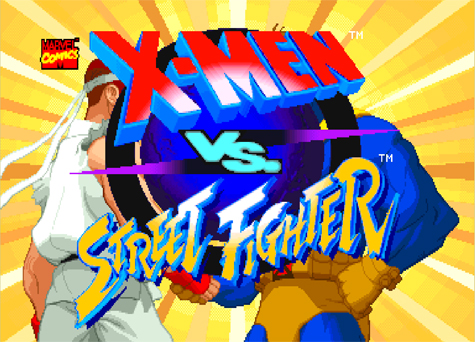 Up this point each of Capcom’s fighters had been based in their own universes – save for the aforementioned Alpha series. But the biggest leap it took is when it paired the Marvels characters against it’s own. This odd-couple series introduced never-before seen ideas as well as expanding on it’s own establishment.

X-Men vs. Street Fighter was the first of many iterations of crossovers. For the first time, players are able to select more than one character. Simple right? However, it added a new depth to fighting game formula which is still emulated to this day. Suddenly aspects like managing team health and interactivity were now layered over top of an accessible and familiar, yet deep combat system. The air juggles seen in the previous Marvel titles were further magnified, creating the modern day “air-combo” still seen today. Each character had their own unique “launcher” which sent to the opponent flying which could be followed by a devastating string of attacks and special moves in mid-air.

In addition to players characters would now heal when inactive. This small aspect transformed the interactivity of controlling a single player to managing team. The multitude of combinations of moves and mechanics provided a fierce competitive scene around the title thus sparking two additional iterations – Marvel Super Heroes vs. Street Fighter and Marvel vs. Capcom: Clash of Super Heroes – both utilizing the popular formula while adding roster changes and mechanics.

Crossovers are still very relevant in today’s scene with recent games like Ultimate Marvel vs Capcom 3 and Street Fighter X Tekken – both considered worthy by the community and feature a healthy competitive scene. In addition, the new title Skullgirls features many elements introduced by the crossover series.

With the CPS-3 set to release Capcom introduced the last fighter to the veteran system – the third iteration of the Alpha series. By this time however the popularity of home consoles has outgrown its arcade counterparts – thus forcing many local arcades out of the forefront. As such, the follow up to the famed CPS-2 was never as successful and saw a fraction of titles.

The CPS-2 board’s offering are an historical landmark worth noting. It’s titles have been ported to several generations of home consoles and continue even in modern times.  PSN and Xbox Arcade saw Marvel vs. Capcom Origins – a collection of Marvel Super Heroes and Marvel vs. Capcom: Clash of Super Heroes – in 2012 which offers online play, a standard of the modern age.