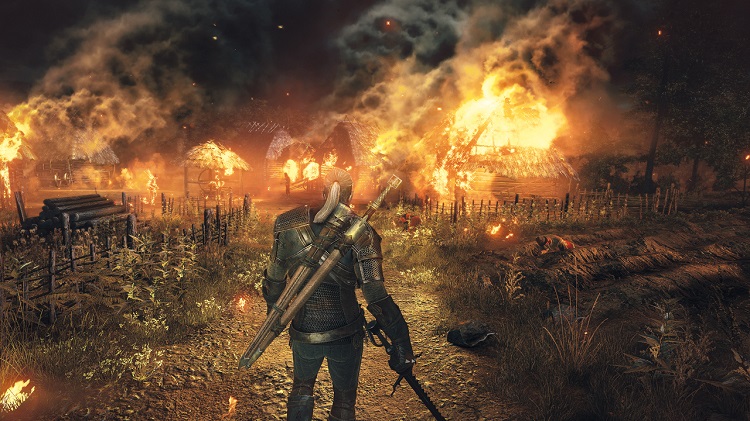 I’ve been around video games my entire life. I have a picture of myself somewhere sitting in diapers playing Duck Hunt and Mario Bros (and no, I’m totally not posting it here.) I’ve been through generation after generation of game console, dating all that way back to the Atari 2600.

Through each new wave, there is one thing I’ve noticed. Cross-generation games take a lot more time and effort than anyone would think they do. There are a lot of successful releases that have spanned generation gaps between systems. If you want current proof of that take a look at Battlefield 4 (without all the issues..) and Call of Duty: Ghosts. Granted, those are big name shooters and they sell copies like hotcakes every year regardless, they’re a successful bridge none-the-less.

But even amidst all of the next-gen hype, there are some companies that just refuse to fill the gap. CD Projekt Red is one such company. For anyone unfamiliar, CDPR are the creative minds behind the epic fantasy franchise, The Witcher. Developers reportedly have a firm stance on the next-gen practice, and will not be releasing their much anticipated Witcher 3 title for Xbox 360 or PS3.

Well we are afraid that the game we are creating is just too huge, too detailed to put on the current generation consoles. We didn’t want to compromise the quality of the game to get the size we wanted. This is why we are really excited that our work with “The Witcher 3” coincided with this new generation because we can finally create a world which is the size we wanted to be with the level of detail and care put into “The Witcher 2.” So the world of “The Witcher 3” will be much bigger but it will be just as beautiful and as carefully crafted as “The Witcher 2.”

All you fans out there who haven’t made the next-gen jump yet shouldn’t take this as any kind of personal attack. CDPR isn’t bagging on your console faithfulness at all, they’re simply expressing that it is impossible for them to port to a previous generation without a ton of extra resources, time, and financial support. I know it seems like a punch to the face, but there is rather sweet silver lining associated with these statements.

It’s bitter for all you previous-gen gamers out there, but it’s great news for the gaming community as a whole. I know I’m not the only one who has noticed that there are developers and publishers within the gaming sector that are a little on the greedy side. Whether it’s outrageous prices for miniscule amounts of DLC, or a gaming series that cranks out a “new and improved” title every sixth months, there are just some companies that would rather swim in pools of profit than celebrate the release of a quality title.

CD Projekt Red is proving that there are still developers out there that would rather spend all of their time and resources constructing a game that is of the up-most quality. Sure, they could just hire some more artists and releases to multiple platforms in the hopes of raking in a mass of extra cash, but that isn’t a code that CDPR wants to live by, and I respect them very much for that. If only more companies would follow suit, and worry more about how the community enjoys a title rather than how many extra hot tubs they can fit in the employee lounge. Hopefully this isn’t the last time we will hear about a company taking the moral high road.