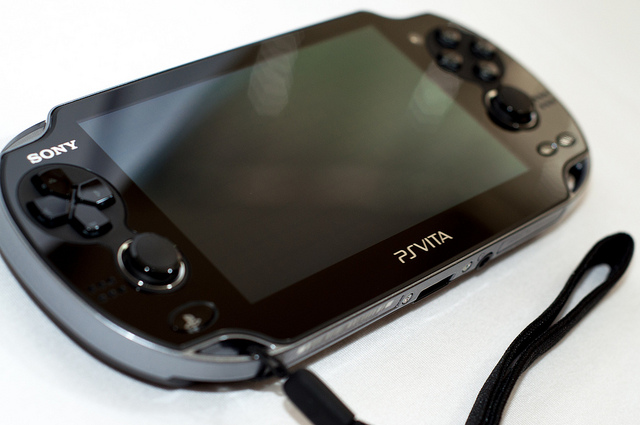 I remember my excitement leading up to the release of the PS Vita.

Long have I been a fan of handheld gaming. Mine is a storied history: borrowing my first Game Boy brick (a special edition green one) and happily slaying beasts in Final Fantasy Adventure, the spinoff that eventually grew into one of my favorite games (and series)—Secret of Mana. My brother and I both owned Sega Game Gears—battery guzzling behemoths that has an impressive(ly small) color display. My, Pokémon experience was one of extreme dedication, leading me to acquire a Game Boy Color and spend time head-to-head on the school bus, trading and battling with friends. Golden Sun carried me into the Game Boy Advance years, alongside so many other portable RPGs: Mega Man Battle Network, Tactics Ogre, and Final Fantasy Tactics Advance.

I borrowed my first DS (pink, with a rhinestone Princess Peach adorning the top) in high school, saving lives in Trauma Center and spending over 500 hours in Pokémon Sapphire. I began to branch out even more—grabbing a DSi while I worked at a game store, as well as a PSP—the more “adult” handheld one could hope to buy at the time. This of course led me to Monster Hunter Freedom Unite, and subsequently consumed (I kid you not) over 5,000 hours of my life.

Which leads to today. I am the happy owner of both a 3DS and a PS Vita, and while the 3DS was a cool device to have, I have long been a proponent of the Vita for a lot of reasons. I, as many other gamers, prefer a big, sexy screen over a constrained 3D display in most cases. The system is more powerful and was touted with more capabilities than its competitor.

And yet, since its release 3 years ago, the Vita has continued to struggle. The 3DS has consistently outsold the Vita, with recent figures listing Vita sales since release at about 3.4 million as of December 21, 2014. A paltry figure when you compare it to the 3DS’s 17.6 million.

There is no singular reason for the battles the Vita has been facing. Its marketing campaigns prior to release were laughable and sparse, failing to do as Nintendo did reach the more casual masses of gamers. I had to, in most cases, dredge up information on the system of my own accord, the focus was so much more on the aesthetic and he inclusion of a second analog stick on a handheld.

This started a slippery slope of systemic issues. Poor launch numbers meant less third-party support. This meant that at its onset, and indeed for many months after, the Vita had an almost pathetic library of available games to draw in new buyers. Once-lauded and highly anticipated features such as Remote Play enjoyed little-to-no use, as few games supported the function. Alternate models of the system featured cellular data for go-anywhere multiplayer or browser use, but laughable pricing prevented it from seeing any kind of widespread usage. Outside of a few well-executed moments, the system’s camera and rear touch pad have seen virtually nothing in the way of clever use.

The system was a pair of blue balls personified in a handheld system. It’s gorgeous to look at, feels good in your hands, and is initially impressive. Then it just sort of stops—support for the console just felt as though it was waning. The PS4 release helped sales somewhat, with the wider availability of Remote Play for almost all games being oft cited as the primary reason for the boost. But still, the system remains lackluster overall.

Despite all this, the Vita has more games in the chute than any other console…in Japan, anyway.

As time has gone on, the lacking library of games turned into a fairly respectable catalog. None have been runaway successes, to be said, but by mass alone, the Vita has more to look forward to than any other system. When measured up to the end of March, the Xbox One has 8 games slated, the 3DS 17, the PS3 and PS4 22, and the Vita has a whopping 39 planned games. By contrast, the Wii U is sporting a paltry 2 planned releases.

Now take this with a grain of salt, of course: a large release catalog does not guarantee quality nor sales. Indeed, while the attachment rate of games to consoles is relatively high on the Vita even when compared to home consoles, its almost starting to seem like the Vita functions better as a PS4 add-on that also happens to be a better-than-a-phone gaming platform than it does on its own.

Still, with some great things in the pipeline—a Grim Fandango remake and Hotline Miami 2: Wrong Number come to mind—it’s getting harder and harder to justify not owning a Vita as time passes.

It’s been a grueling road for the Vita, but its gone from the butt of so many jokes (Sorry, Wii U) to a handheld you don’t need to feel weird keeping in your pockets. It won’t be outselling the 3DS, that ship has long sailed, but it should be considered a valuable addition to any gamer’s inventory at this point.