Indie darling SuperHot, got a new trailer recently, and it looks amazing. 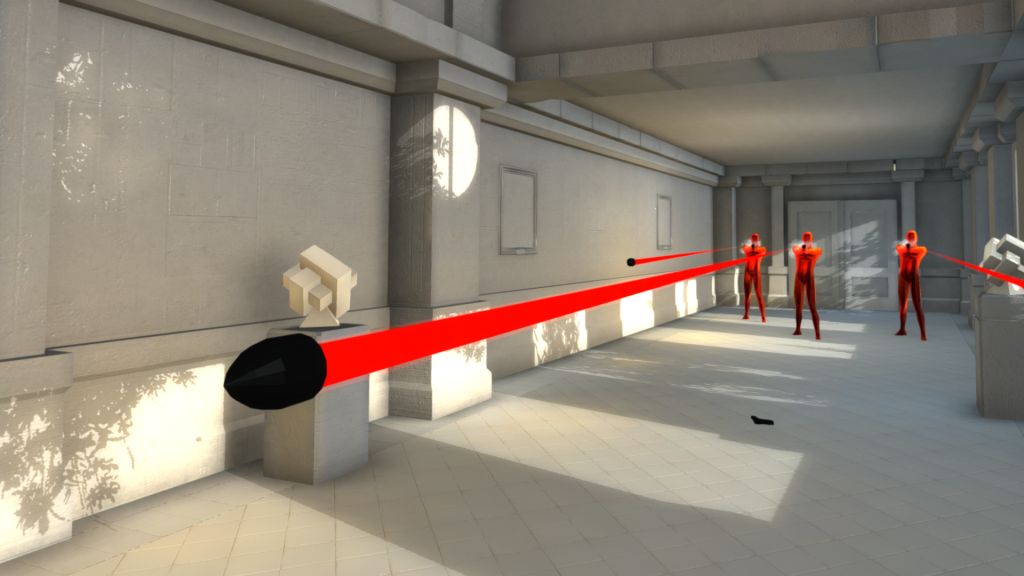 SuperHotseeks to turn the FPS genre on its head, as many have seen since the game’s original debut as a product of the 2013 7 Day FPS gamejam. It was a huge hit there, and has since garnered only more popularity, shooting through the Steam Greenlight process in a single weekend.  Now, the team behind it moves into making the game a full-fledged experience. 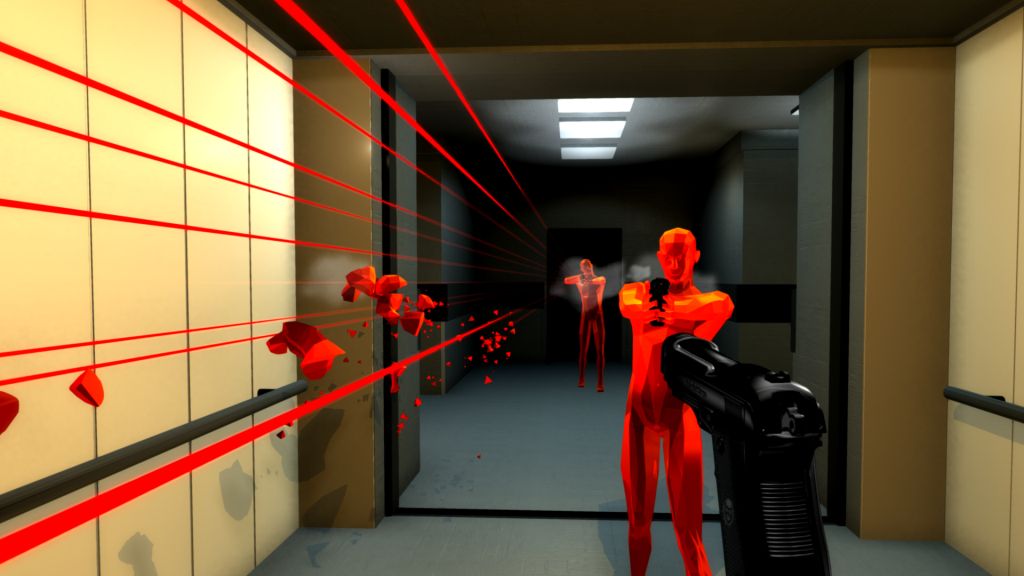 The idea seems simple enough: in SuperHot, time only moves when you do. The game shares as many characteristics with an FPS as it does with a puzzle game: every movement you make must be deliberate. Rather than panic and run for cover when under enemy fire, you must coolly stand your ground, moving through the gaps between these shots while also removing the threat of your enemies—you know, with violence.

The game is an absolute glory to behold in motion, running through explosions of glass shards, watching bullets pass whimsically by your head, and even watching the environment around you shattered, all while time ebbs and flows with your movement is something truly engaging. 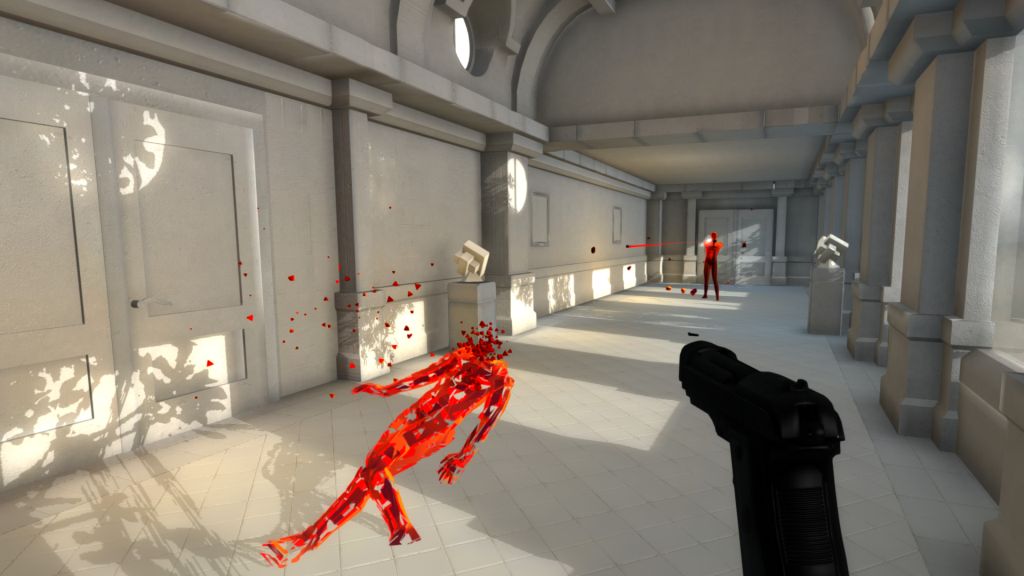 Even the other mechanics one might expect of a modern shooter are tossed to the wind and replaced with intriguing, but oddly sensible design decisions. Since you have the ability to do so, there is no health in the game—a single bullet is all it takes. You’re not reloading your weapons, you snatch them from the hands of your fallen enemies. The game is less about the twitch and accuracy, and more about clever positioning and planning.

Some of the newer images have the player slicing bullets in half as they charge down hallways, and the team plans on incorporating more weapon and enemy types to further diversify the gameplay. 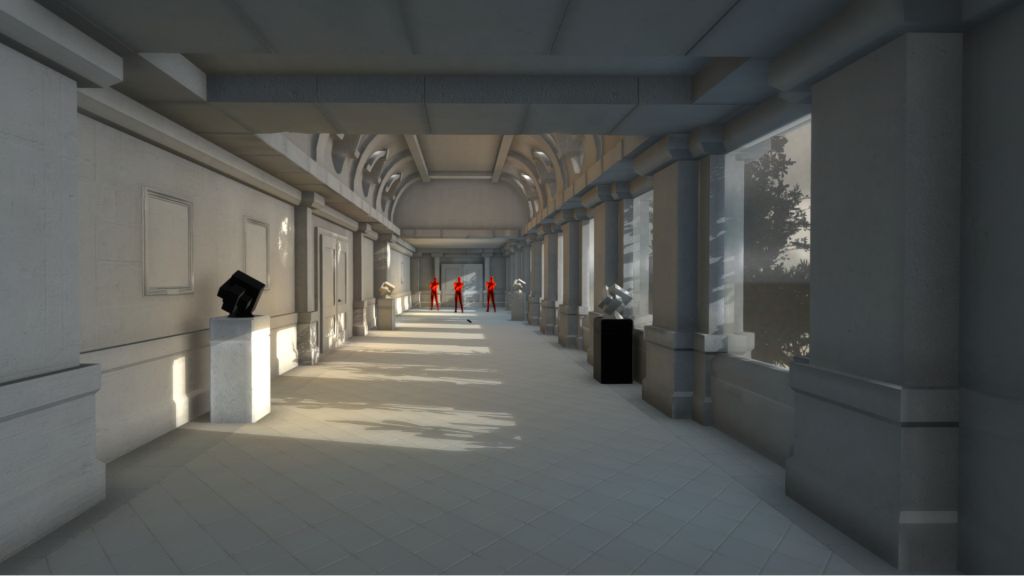 The game exudes style, as well, the stark environments are punctuated by brightly colored enemy models with what I can only describe as a computer-simulation vibe to it (I know, technically it is a computer simulation). 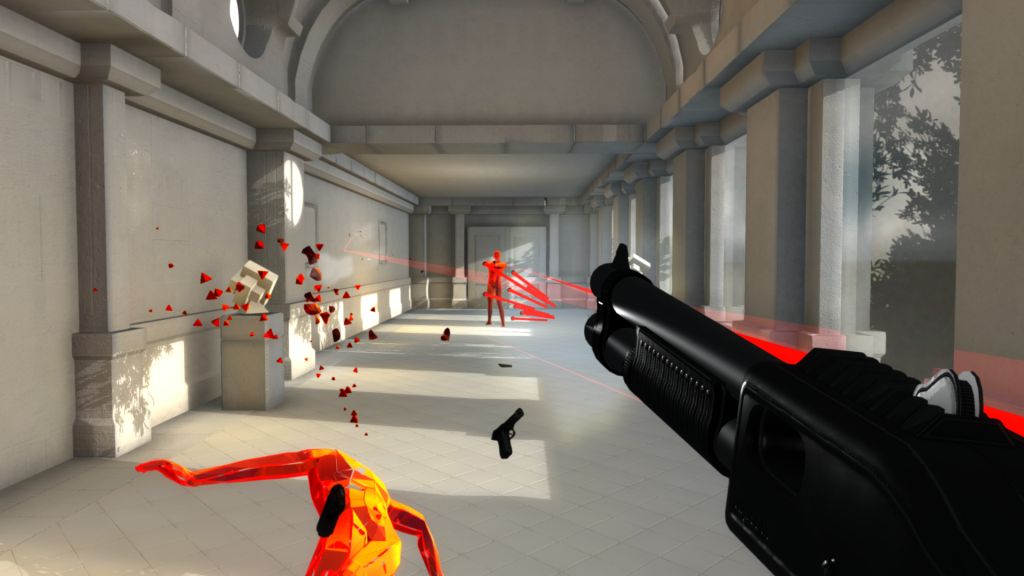 SuperHot‘s Kickstarter is asking for $100,000 dollars to get the game finished and—no surprise here—has already shot past that marker and is introducing stretch goals. While writing this, I’ve watched at least 25 more backers fund the project, and it shows no signs of stopping. There is no doubt in my mind that this is one of those Kickstarters, like Heart Forth, Alicia‘s, that absolutely deserves your attention.

You can check out SuperHot‘s Kickstarter here. Gameplay trailer is below. You can even play the prototype build and get a feel for the game yourself, something I highly recommend.

P.S. – What the hell is the SuperHotdevice for that high-end backer reward? Does anyone have a crapload of money they want to give me so I can give it to someone else for a mysterious box, which has either no or an unusual function that I cannot possibly know?