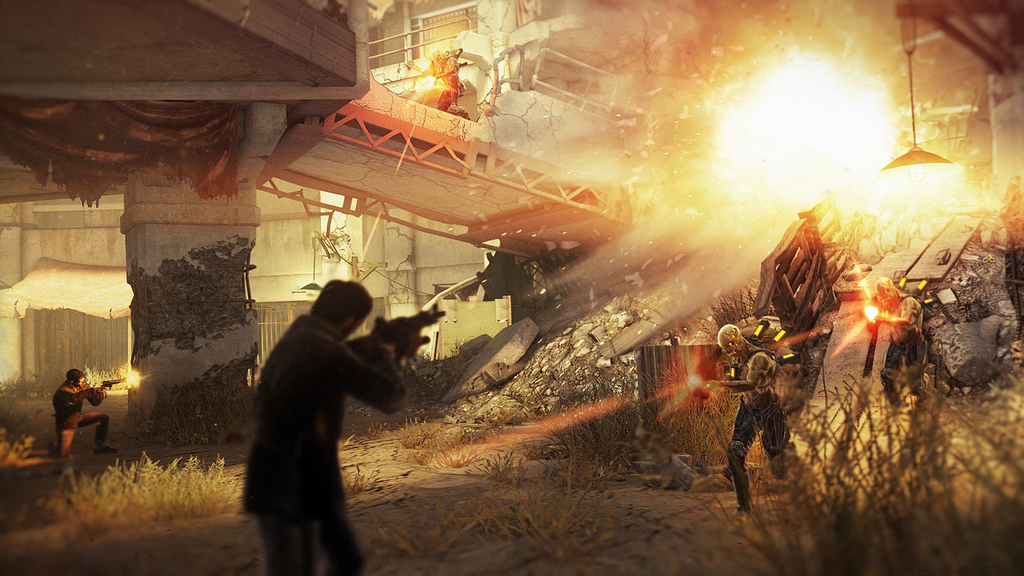 Through multiple messages on Twitter, developer Insomniac Games has confirmed that its popular first-person shooter franchise, Resistance, will be going offline April 8. That gives you only one more full day to have access to all of the multiplayer and cooperative modes currently available for Resistance: Fall of Man, Resistance 2, and Resistance 3.

Late last year, Sony announced to the public which of its games would be ceasing their online services in the early portions of 2014. While we all knew this day was coming, no specific date was given until recently. Further, and rather unfortunately, no details have been given as to why the online functionality of these games are being discontinued.

The only clarification offered was that the decision was not the developers’ own. “There are a large variety of reasons why they have to shut down. Sony makes that call though, not us. They maintain online.”

That is at least the case for the series’ entries for the PlayStation 3. The series does have a fairly decent entry on handhelds, so naturally, when asked about the future of the online play modes for Resistance: Burning Skies for the PlayStation Vita, Insomniac Games again responded via Twitter that they are just “not sure.” Considering that the game is, in fact, not listed on Sony’s official page for games discontinuing online services, there’s a very nice possibility that it won’t share the same unfortunate fate as its high-definition console brethren.

So, if you’re yearning for some Chimera-slaying action with friends, the portable game will likely be the only way to go for quite some time. Unfortunately, while Insomniac Games have stated that they are interested in developing a new entry in the franchise to take advantage of the technical advancements present in the PlayStation 4, no official announcement or plans have been made.

In fact, while they were once a Sony-exclusive developer, Insomniac Games is again testing a competitor’s platform. While they previously went multi-platform for the release of Fuse, they are now working on an Xbox One exclusive called Sunset Overdrive.

As of now, after the Resistance trilogy goes offline, the only other PS3 game left slated for the same fate is Gran Turismo 5. That game’s online functionalities cease May 31st. It isn’t difficult to see why Sony would opt to do this; with costs rising for the development of next-generation games, and Sony being way too generous in offering free online play in the last generation, they should be cutting costs where they can. Pulling resources from older services should help in that endeavor.