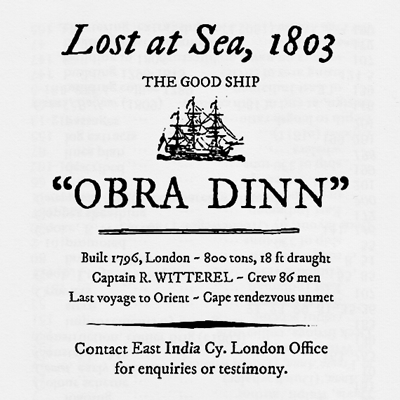 Lucas Pope, a former Naughty Dog developer who is best known for the 2013 indie hit Papers, Please, this morning announced his newest project: Return of the Obra Dinn.

The announcement hit the TIGSource forums early today, and was quickly brought to the wider community’s attention by Kotaku’s report, which cites Return of the Obra Dinn‘s unique visual style as a primary point of interest. Indeed, though many of the game’s indie peers feature what one might call “old-school” graphics, Return of the Obra Dinn will be taking a much rarer and more extreme approach to nostalgic visuals by using 1-bit graphics—with a 3D twist.

If you don’t immediately see the resemblance given the picture above: the style of Return of the Obra Dinn is intended to be reminiscent of old Mac Plus computer graphics, which, depending on your age, you may or may not be old enough to remember.

Regardless, it’s hard not to agree with Mike Fahey of Kotaku’s sentiment that this is one step further than the usual indie look. Pope has stated that he will be using Unity to create the game, citing its 3D capabilities and his own interest in getting to know the engine better. Happily, he will be keeping his devlog active (and already has some cool stuff up there, like the process shots below), so we will be able to watch it all take shape. It will be fascinating to follow Pope’s process of using a modern engine to create a 3D 1-bit project, and if the image we have so far is any indication, the result will be gorgeous. 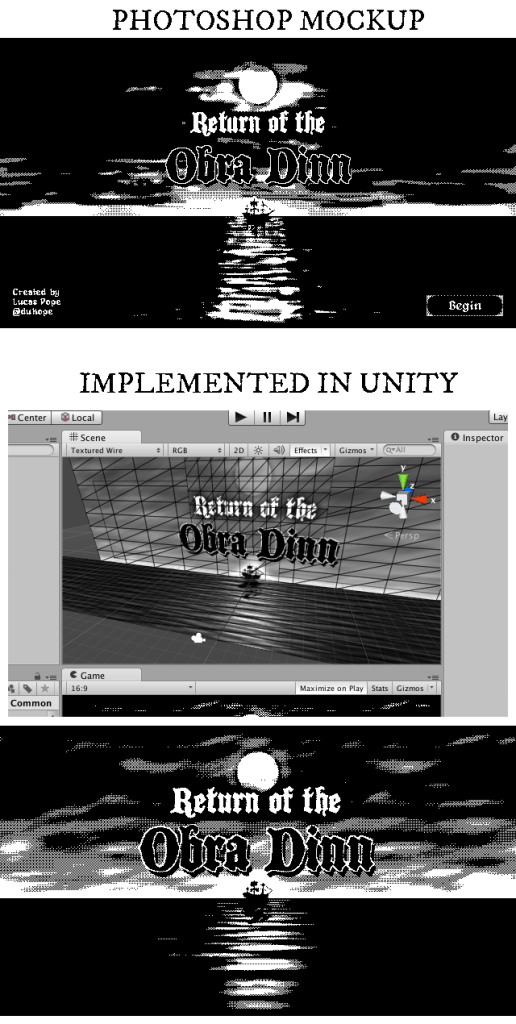 Pope says that the game will be “a very different game than anything I’ve done before, including Papers, Please.” He plans to focus less on gameplay, and more on story and “a few technical features”. Speaking of story: Return of the Obra Dinn will be set in 1808, on the merchantman “Obra Dinn,” which has drifted into port after having been declared lost at sea six years prior. The player will act as an insurance adjustor for the East India Trading Company and must “find means to board the ship and recover the captain’s logbook for assessment.”

If you’re now as relentlessly curious about Return of the Obra Dinn as I am, check out the TIGForums for Lucas Pope’s full post. For those of you who would like to get more familiar with his past work, information about his indie titles is collected on his webpage. Most importantly, if you haven’t yet played Pope’s 2013 hit title, Papers, Please, do yourself a favor and check out the trailer below!