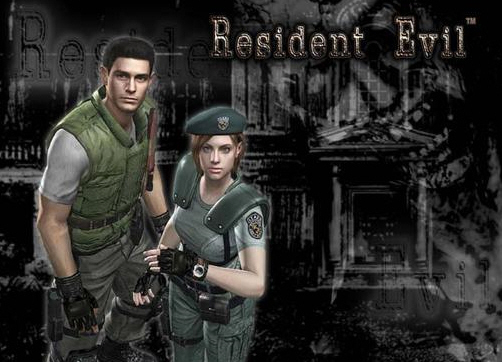 A lot of you younger gamers may not have had the chance to experience the terrifying roots of the Resident Evil series, considering the first title was released on the Sony PlayStation, “way back” in 1996. If you’re itching to play, you could always dust off your old PS1 and find a copy of the title floating around eBay somewhere, or if you’re willing to wait a little bit longer, you can get your hands on a newly remastered edition that will be making its way to Xbox One, Xbox 360, PC, PS3, and PS4. This newest remaster will be based on the 2002 Gamecube redo, which featured updated graphics, new zones, and the addition of some control elements like the 180-degree turn and body language to show how much health your character had left.

This newest version focuses heavily on graphical elements, with every environment and character model seeing updates into 1080p HD. Unfortunately for some, these HD upgrades will only be available to Xbox One, PS4, and PC owners—all other platforms will run the title at 720p. The screenshot mash-up below showcases just how dramatic the visuals changes really are. The backgrounds aren’t nearly as blurry as the original release, and all of the objects within each environment have seen a substantial effect update and had their edges thoroughly smoothed. Even Jill’s character model gets a rather impressive HD boost, better defining her form and structure, and giving her easily distinguishable facial features and body details. 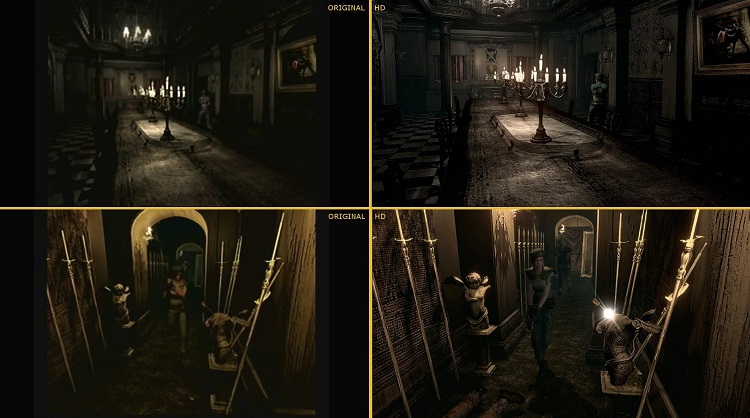 We will also see a slight update to the control scheme, although we don’t yet have any solid details on exactly what that entails. The camera angles in the original title made for some very creepy moments, as their fixed nature focused on just the action, while still allowing for some creepy environmental events to take place. The remaster will see some tweaks to these camera angels, including a scrolling camera that moves with the character in favor of more dynamic gameplay. Hopefully this new camera mode won’t take away from the scare factor the the original title possesses. This time around you will have the choice to play the title in its original 4:3 aspect ratio, or bump it up to a newly designed 16:9 state.

The Resident Evil remaster is expected to hit store shelves sometime in 2015, and will be available only by digital download, a physical disc is not planned at this time. One of the most curious things surrounding this release is the lack of a Wii-U port, which has to be very frustrating to Nintendo faithfuls, considering the 2002 remake was featured for Gamecube. Nintendo has been mysteriously left out on the loop, this time around.