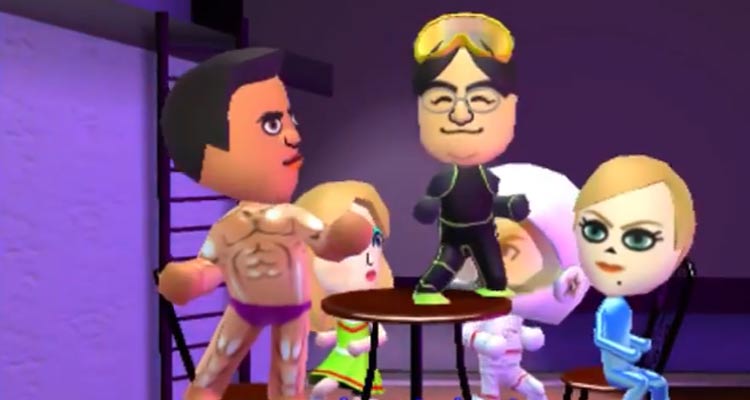 Nintendo To Include ‘More Inclusive’ Games In The Future

Nintendo has made a promise to produce more games that address various lifestyles in the wake of their Tomodachi Life snafu.

Recently, Nintendo announced a sort of surreal life simulator in Tomodachi Life, a 3DS game in which you populate a small world with your various Miis and watch them interact with each other in a bizarre, hyperbolized reality. Your various friends, celebrities and whatever unusual creatures you’ve created go on shopping trips, hang out at each other’s houses, and vie for each other’s affections (or those of iconic Nintendo characters).

The scandal began when it came to light that characters of the same gender would be incapable of forming romantic bonds with each other. In classic fashion, the internet exploded in outcry, sparking a gender equality campaign, Miiquality—even going so far as to start a petition to try to wrestle Nintendo into adding same-sex relationships into the game.

Nintendo was less than satisfying in its response, dismissing the movement as though it had just missed the point. “Tomodachi Life was intended to be a whimsical and quirky game. We were absolutely not trying to provide social commentary,” Nintendo said.

Amidst growing discord, Nintendo has issued a more official apology:

“We apologize for disappointing many people by failing to include same-sex relationships in Tomodachi Life. Unfortunately, it is not possible for us to change this game’s design, and such a significant development change can’t be accomplished with a post-ship patch. At Nintendo, dedication has always meant going beyond the games to promote a sense of community, and to share a spirit of fun and joy. We are committed to advancing our longtime company values of fun and entertainment for everyone. We pledge that if we create a next installment in the Tomodachi series, we will strive to design a game-play experience from the ground up that is more inclusive, and better represents all players.”

It certainly addresses the concerns of the community better, even if it probably should not have taken the initial dismissal of the issue before reaching this point, regardless of their ability to make the changes that players shouted for. It’s good that they’ll be moving in the right direction from now on, though it’s easy to make a promise like this and hope that no one will notice if you never deliver.

I’ll put a trailer for Tomodachi Life below, in case you haven’t seen it. It does look like it’ll be a fun distraction, at the very least.