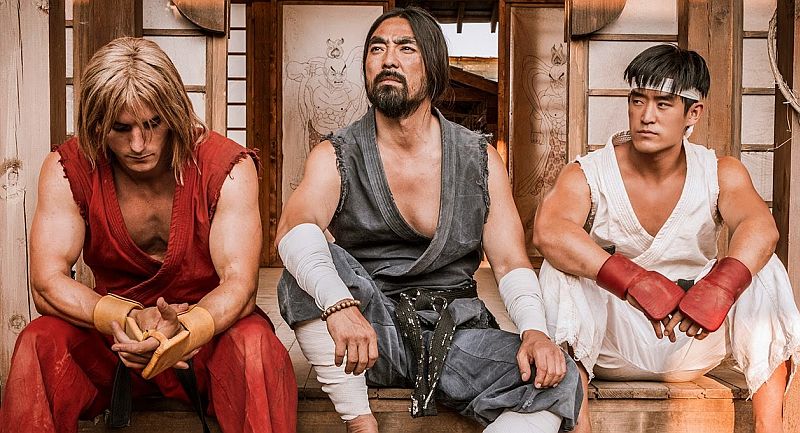 A new trailer for Street Fighter: Assassin’s Fist was just released, naturally highlighting the series most prominent character, Ryu. The live-action web series is going to be a coming-of-age story based on Ryu and Ken, played by Mike Moh and Christian Howard, respectively.

I always found Ryu to be the most boring Street Fighter character. For a face of a franchise as ubiquitous, long running and popular as Street Fighter, he sure lacks personality.

That is, of course, by design. If you are only familiar with Ryu’s character through the video game series, then all you really know is that he enjoys fighting, likes calling out his attacks, doesn’t care for proper footwear, and always aims to become stronger.

The trailer does a good job of showing off exactly those traits. It is filled with narration commenting on his self-invoked silence, his drive to get stronger, a quick training montage, and ends with him launching his recognizable Hadouken attack.

On a character select screen, faced with the choice between Ryu or Ken and knowing only the most superficial of facts about the characters themselves, the latter would likely win out. They dress similarly and share a lot of the same moves, but Ken is boisterous and outgoing compared to Ryu’s serious demeanor. Plus he wears red.

However, if you delve a bit deeper into non-gaming, supplemental material, you will find that Ryu is so much more than the stone-faced pugilist he seems on the surface. He is actually a stoic (so serious in everyday circumstances that it is amusing), honorable, and dedicated person who is fiercely loyal to those who manage to become friends with him.

Ryu might not be Ken in terms of character, but taking everything into account, he really is the quintessential protagonist for any action-based genre. Here’s hoping that the upcoming series can do justice to his legacy. I might be jinxing it, but it really can’t be any worse than either the critically panned commercial failure that was the 1994 film starring Jean-Claude Van Damme or the awkward 2009 Kristen Kreuk vehicle Street Fighter: The Legend of Chun-Li. (I actually really enjoyed both.)

In a joint venture with Capcom, Street Fighter: Assassin’s Fist will first debut sometime in May 2014 on Machinima’s main channel. It will then release on TV and receive DVD and Blu-ray treatment at a later date.