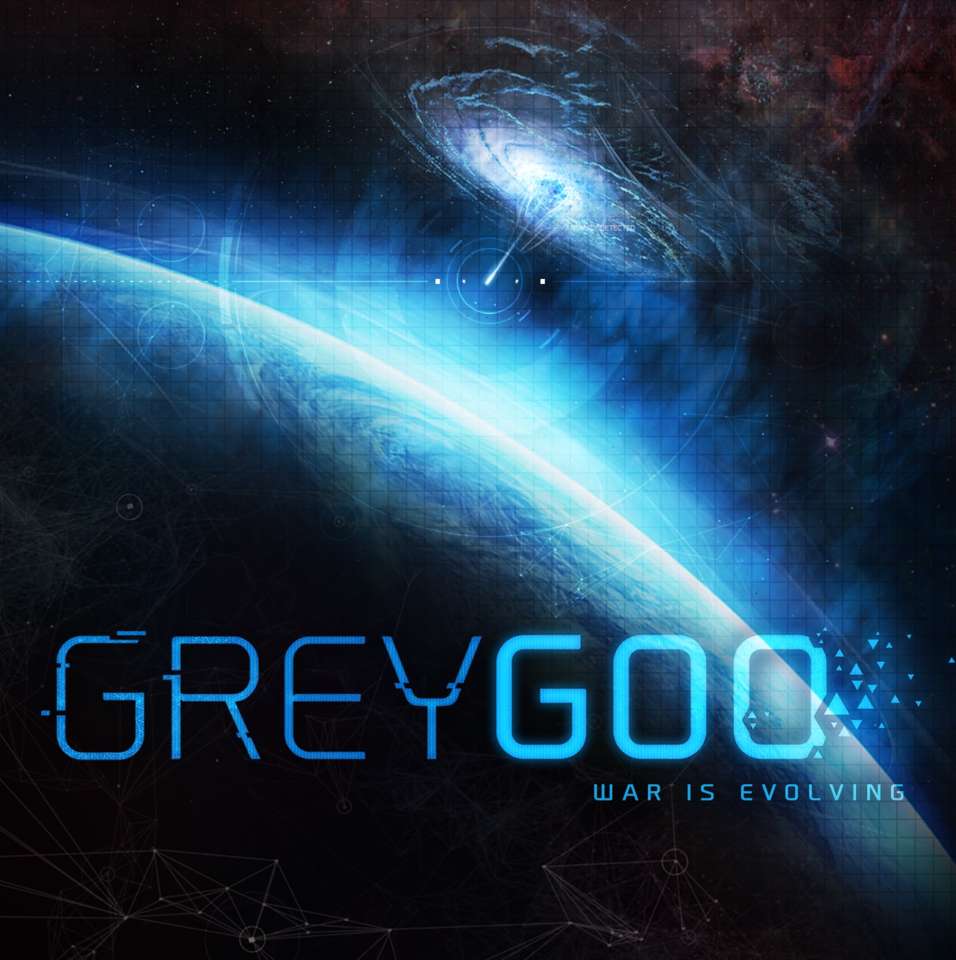 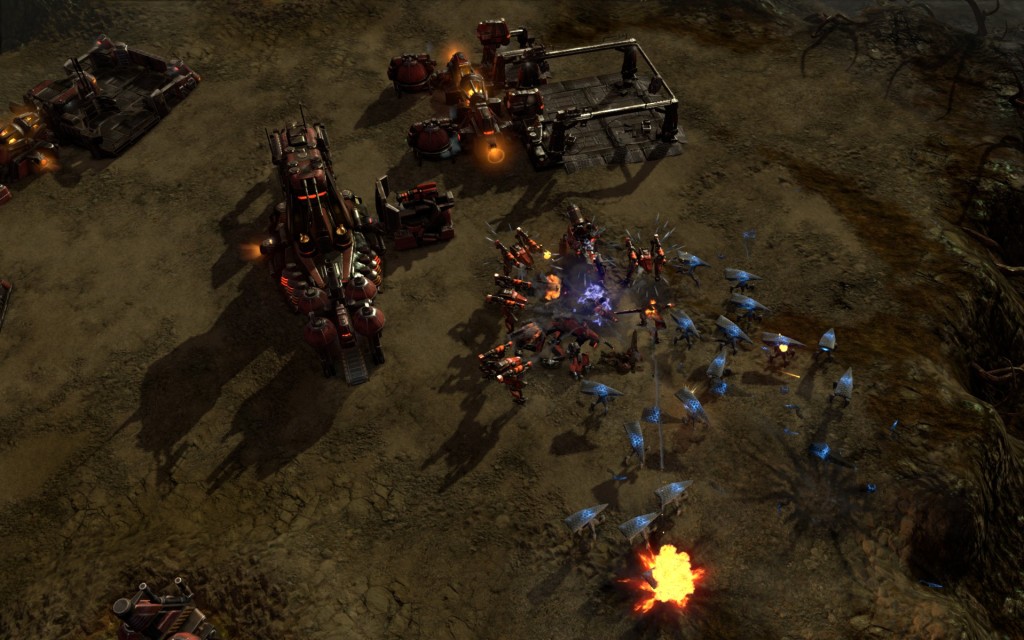 Petroglyph studios is looking to bring back the golden age of RTS gaming with their new game Grey Goo.

Grey Goo features three factions: the Betas, the Humans, and the Goo. 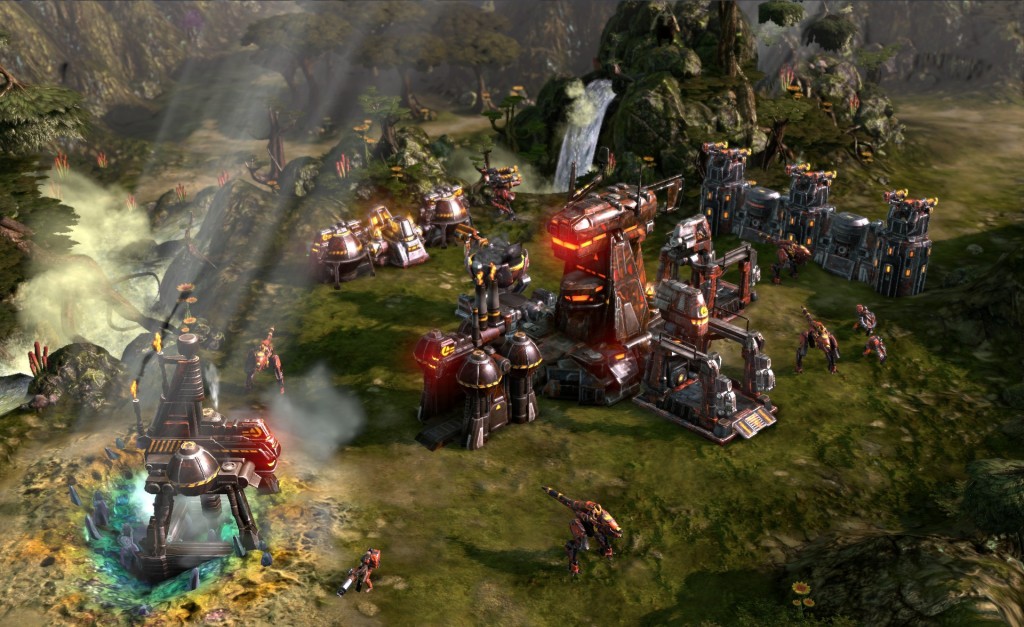 The Betas are a four-armed alien race that have a look that has an intriguing look that at once recalls the humans of Starcraft with awesome mobile two-legged mounts in a very Mechwarrior-style. 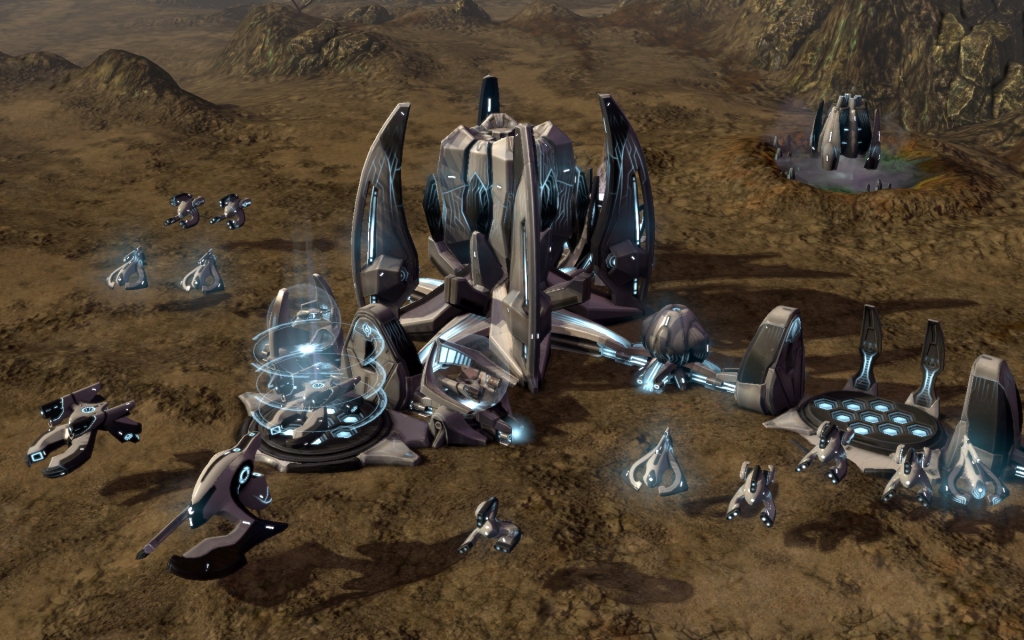 The humans, on the other hand, have taken on a distinctly more alien look and feel, occupying crazy, futuristic-looking structures. From the screens, it looks like they’re flying around in some kind of hovering tanks. As masters of teleportation, humans can even elect to rearrange portions of their base, confusing enemies on return trips. 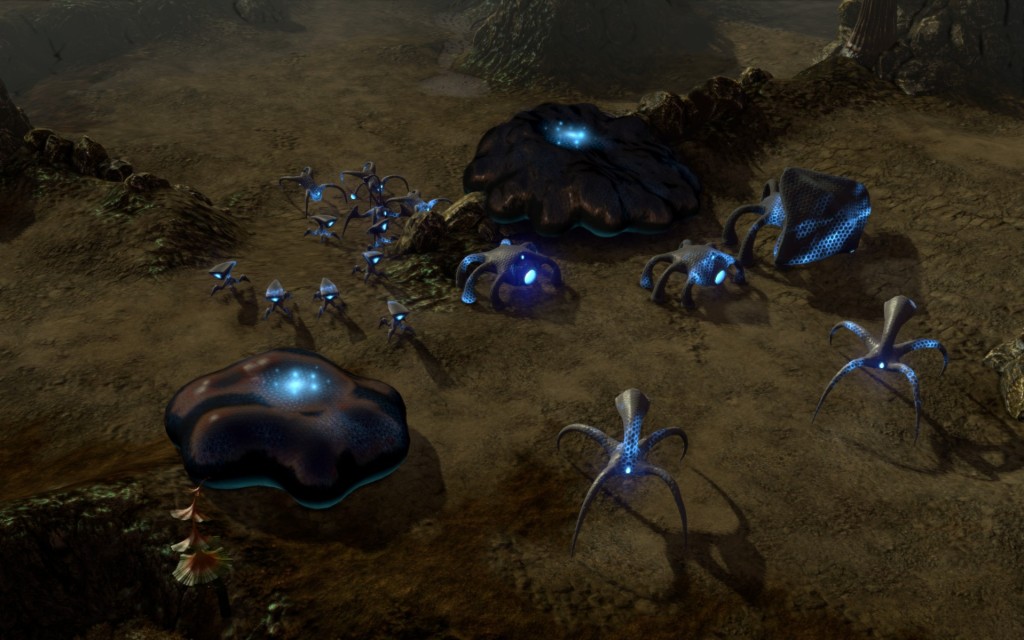 The Goo, however, are the really interesting addition. These strange creatures don’t appear to bear any of the qualities of RTS beings seen in recent memory. The seem to be exactly as their namesake implies: sentient bits of goo that don’t appear to possess any mechanical qualities. Their units are essentially formless, and the faction is structure-free.

As a big blob of nanites, the Goo are a very aggresive faction—you have a sort of primary blob that can separate portions of itself off to create other units. As the most combat-focused faction, the Goo can even ignore most terrain types. The units produced are highly specialized, but can be formed almost instantly from the bits that come off of the mother blob. The blobs can even just roll right over enemy units and consume them, gaining strength in the process.

Each of these factions features differing strengths and playstyles. The Betas are the sort of “introductory” faction, allowing for aggressive or defensive play. The humans have a larger focus on base building. By building other units around a large power core, you almost have to plan the way your building is laid out, as each addition comes with other connections and can be assembled to create a complicated matrix. Eventually these bases serve as much to confuse and funnel enemies as they do to produce. 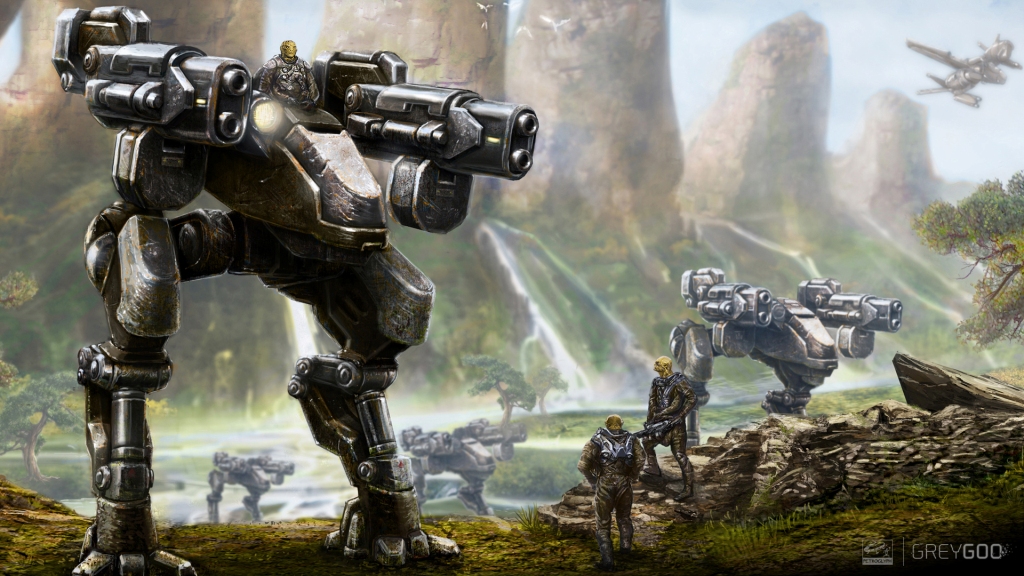 Petroglyph promises to include the best elements of vintage RTS gaming, taking the best elements of base building, unit management, and combat and blending them together in new ways to maintain a sense of quality, but with something new and exciting. Structures aren’t just singular buildings, you can construct modular factories.  Units in certain factions can be integrated into your structures, like having your Beta units become turrets on a high wall, if need be. Numerous upgrades allow for you to alter your unit characteristics and greatly alter how your faction functions. Considering the pedigree behind these devs (you may have heard of a game called Command & Conquer by the same guys), I’m inclined to believe it.

Grey Goo will be playable at E3, and I’m definitely going to check it out. For the time being, you can get more information by visiting any of these places. Keep an eye out for more coverage later on, and the gallery below.