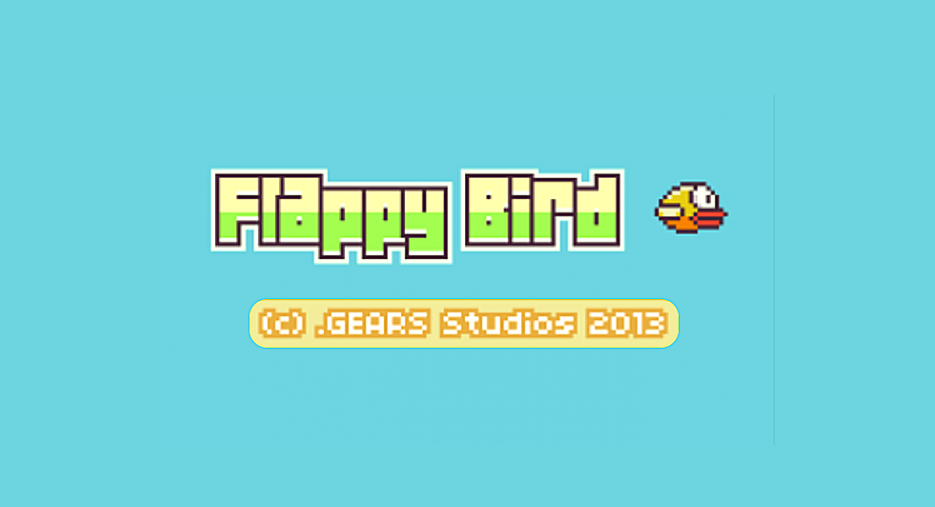 Sometimes industry fans can be pretty brutal, especially when they feel as if a developer is stealing others work. Case in point, we’ve seen a backlash against Flappy Bird, a mobile title from developer Dong Nguyen. Many cited the glaring similarities to Super Mario Bros. resources used in Flappy Bird.

Well congratulations, internet – you got what you wanted. This morning Nguyen tweeted that he will be removing the title within the next day or so, citing he simply “…can’t take it anymore.” 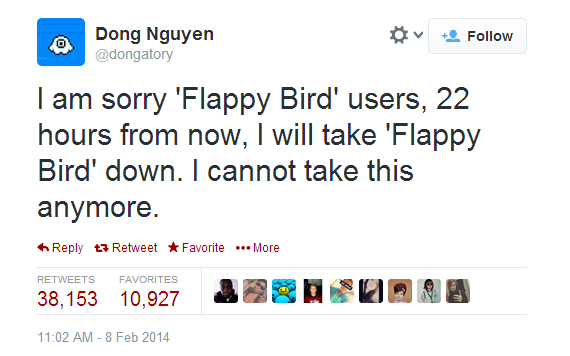 It’s unclear whether the negative attention has sincerely take its toll on his psyche, or if this is a preemptive attempt to avoid being sued by Nintendo. Either way, there it is – you got what you wanted internet. Are you happy?

Even with close similarity to the iconic plumber, fan’s across the internet are disappointed with the decision. It seems the vocal minority did it’s job too effectively.

Get your Flappy Bird on now, because tomorrow it’ll be gone for good.