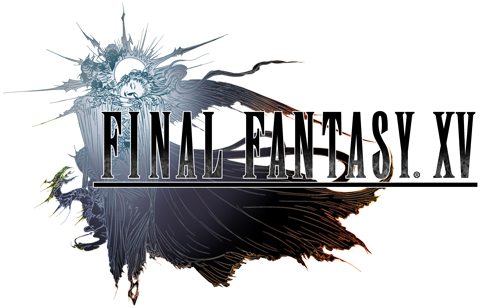 Final Fantasy XV: What We Know

Square Enix has remained pretty tight-lipped about information regarding Final Fantasy XV, but we’ve managed to uncover some interesting facts.  It has been in development for quite a while under a different moniker, Final Fantasy XIII Versus.  At last year’s E3, thanks to a gameplay trailer, we discovered that Versus is in fact Final Fantasy XV.

It looks like the original Versus storyline will remain intact. Players control Noctis, the prince to a mighty empire which holds “the last crystal in the world.” Crystals and stones have always had a powerful place in the Final Fantasy universe and appears that it is an object of immense wealth yet again. All we know so far is that this powerful item is stolen from Noctis’ kingdom. On his hunt to retrieve the stolen crystal, Noctis is joined by four companions for his journey to retrieve the crystal. Ignis, Gladiolus, and Prompto, friends of the prince, are joined by Cor Leonis, a military man that has sworn his allegiance to the King and therefore to the main character. 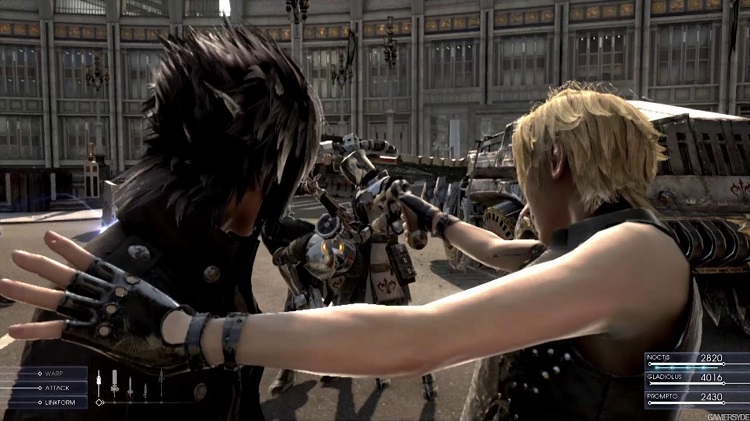 The combat system has been something of great mystery since we first heard of Final Fantasy XV at E3. The sneak peek trailer showed a series of fast-paced, acrobatic scenes in which Noctis was seen slicing through enemies and vaulting over objects. The environment crumbled, explosions echoed through the air, and monstrous creatures winded their way through a chaotic battlefield. Devil May Cry comes to mind before you’d think ‘Final Fantasy’ as it’s a pretty large departure from the norm for numbered Final Fantasy entries.

However. in an interview by Final Fantasy World with Final Fantasy XV director Tetsuya Nomura he speaks about how he wants the upcoming title to retain that “old school Final Fantasy feeling,”

“Yes, I probably mentioned the old school Final Fantasy feeling [when talking about] FFXV. If you see the trailer you might actually think it’s very action based – especially compared to the previous FFs. We wanted to create like an action-based FF this time because we wanted to create a dynamic feeling between the story and the game itself. Of course, we are going to put many FF elements into it, because otherwise there is no point calling Final Fantasy XV.”

Square Enix tried this a while back with Dirge of Cerberus, a spin-off featuring Vincent Valentine of Final Fantasy 7 fame. The gameplay was similar to that of Devil May Cry, an acrobatic hack-n-slash that followed Final Fantasy lore and uncovered more of Valentine’s mysterious past.

Instead of the normal setup of Attack, Magic, Item, and Flee, we are presented with the options of Warp, Attack, and Link Form

One thing is for sure, the game looks gorgeous although this shouldn’t come as a shock to Final Fantasy veterans.  Tons of work goes into breathing new life into fantasy landscapes which change between titles. Final Fantasy XV is no exception, and thanks to the power of the Playstation 4 and Xbox One, the series will look better than ever.

According to reports the developer is working on Final Fantasy XV and Kingdom Hearts III simultaneously. In addition, Hajime Tabata, the director for Crysis Core and Type-0, two Final Fantasy handheld titles, has been moved to act as co-director for Square Enix’s upcoming epic. This marks the first time that Tabata has worked on a Final Fantasy for console.

“I never felt the extreme desire of ‘I want to make it!’ on PlayStation 3 and Xbox 360.”
said Tabata. “However, after seeing the PlayStation 4 and Xbox One take their level of expression to a whole other level, I’ve become motivated. After seeing it on the big screen, the more I think about seriously challenging that world with quality product, the more it feels possible.”

For now, we are stuck waiting, watching, and hoping that Square Enix gives us a little more to look at. As of today there is no set release date for Final Fantasy. The only thing we can be sure of is that each passing moment just breeds more and more curiosity regarding Nomura’s upcoming adventure.