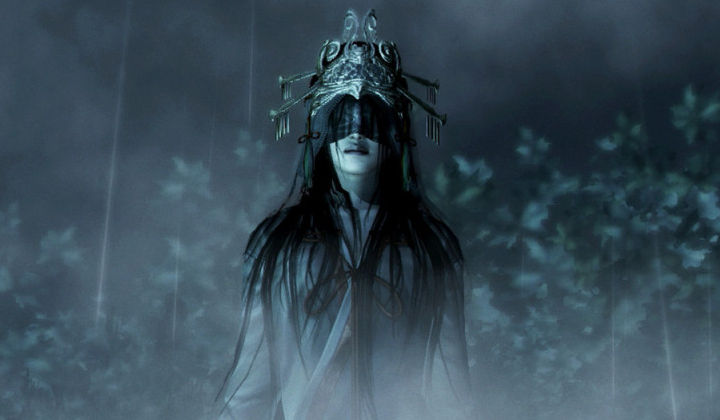 Our love for horror games is pretty clear here at Thumb Throne. We love having our socks scared right off, it’s the highlight of our collective gaming career.

We’re human, though. We have limits. Intrinsically, while we seek that rush of chemicals that accompanies high-stress fear responses, sometimes the lingering threads of true dread can permeate into the real world, making once innocuous situations much more horrifying. Some games move so far beyond jump scares and grotesque imagery into a more truly horrific zone; and while i may have cut my teeth on horror from a young age, and can usually soldier through most of these games with relative impunity, there was one horror game I was unable to finish: Fatal Frame 3.

It was the glory days of the PS2 age, when games had started to look so good, they even outpaced early PS3 releases (looking at you, Mobile Suit Gundam: Crossfire). There was a particular moment when I was moving through an area that had been considered safe for the entire game, and as the screen displayed the effect to show that spirits were present, my hands became clammy. My haven had been invaded by evil. And as I saw the feet behind a curtain in a storage space under the door, it became too much. I haven’t played the game since.

The series has gone on without me, of course, releasing a modestly intriguing 3DS game spin-off called Spirit Camera, and a Japanese only sequel in the form of Project Zero 4 (Project Zero being the Japanese name for the Fatal Frame games). While Spirit Camera was okay, Project Zero 4 was rated quite well, and enjoyed a fair bit of success.

A trailer has just released for the fairly recently announced Fatal Frame 5, and it finally displays the most crucial aspect of the game: how the gamepad functions as a camera in-game.

For the uninitiated, Fatal Frame is a survival horror game in which you must navigate areas that are in some way connected to gateways to hell, basically. The result of all this evil energy is often that the people there are trapped in some sort of limbo, and their ghosts haunt the area, mourning their deaths, standard ghost stuff. In each game, you find a mystical camera, the Camera Obscura, which is capable of revealing things that the naked eye cannot see. The added benefit of this is that the camera can repel or even capture spirits.

So combat in the game consists of you avoiding the ghost in a traditional third-person perspective, then entering a first-person mode to take pictures of the ghost to damage it. The ghosts are the most vulnerable while attacking, so you’re best bet to conserve film is to snap your shots just as the ghosts are about to attack, leading to some truly horrifying images to be saved in your repositories. 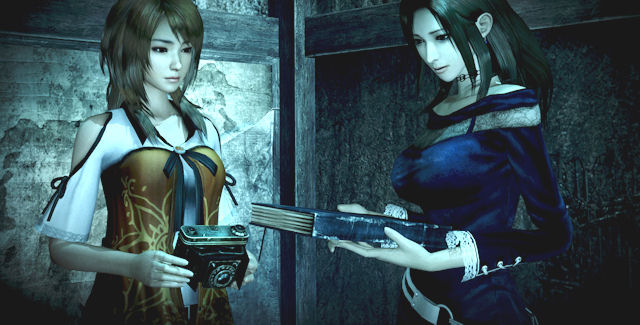 The new trailer finally shows off how the Wii U gamepad will function with the game, and it’s one of the most logical functions I’ve seen for the hardware yet. Many games have yet to really use the gamepad in interesting ways that support the gameplay, but having the gamepad act as the viewfinder on the game removes the need to hit a button to trigger the view change, and means you can be a little more reactive in combat, and the accelerometers mean that ghosts can attack in more diverse ways. In the old games, ghosts might retreat into the walls and try to attack from unexpected angles, or rise out of the floor, but as we see in the trailer, ghosts can now attack more easily from above or below, and you’ll need to react accordingly. Similarly, encounters with multiple ghosts might require some clever angles to try to get them all in the shot.

Otherwise, all the series trappings are there: dilapidated old buildings, horrifying imagery, creepy dolls, way too much water, the works. It looks pretty smooth, too, so it’s good to see that the Wii U is capable of visuals that can give a little more life to the lifeless. The mechanics seem to hold together nicely, and all-in-all it’s an experience I’m excited for, save for the fact that it’s not yet confirmed for a North American release. Project Zero 4 didn’t come stateside, but given that there’s a distinct lack of worthwhile mature games on the Wii U, maybe this one will.

Check out the trailer below. The game should be releasing in Japan this month on the 27th.