EA’s Origin Client Is Snooping On Your Files, Or So The Internet Claims

As if we didn’t need another reason to jump on the generally rather large hate-train against EA, it looks like some Reddit users have discovered some potentially disconcerting signs to indicate that EA’s Origin client is actively spending time delving through not only the games you play, but various aspects of your general web browsing and maybe even some of your personal files.

Personally, I remain unconcerned. I mean, I don’t use Origin (I had it installed briefly on an old machine, and I’m pretty sure I never actually used it), but the evidence provided is pretty weak. Rather, many sites have taken the information they got from this Reddit thread over on reddit.com/r/pcmasterrace. I understand that people take their privacy quite seriously in the modern age (oh wait, they only say they do, and continually give their personal information away daily), and as such, any indication that a company might be putting its fingers where it shouldn’t is tantamount to shouting “Fire!” in a public space and pulling the alarms.

However, this has gone too far. Take a look:

Not only is r/pcmasterrace a borderline troll-filled mess as it is, they themselves even marked it as not fully confirmed. Then I run into articles like this that take this fairly innocuous information and go ballistic with it, stating that the fact that an Origin rep appeared somewhere and said they’d investigate the matter is proof of wrongdoing. News flash, it’s not. It just means they’re going to look into it.

The evidence at hand is a screenshot of a registry that had some “concerning” entries. 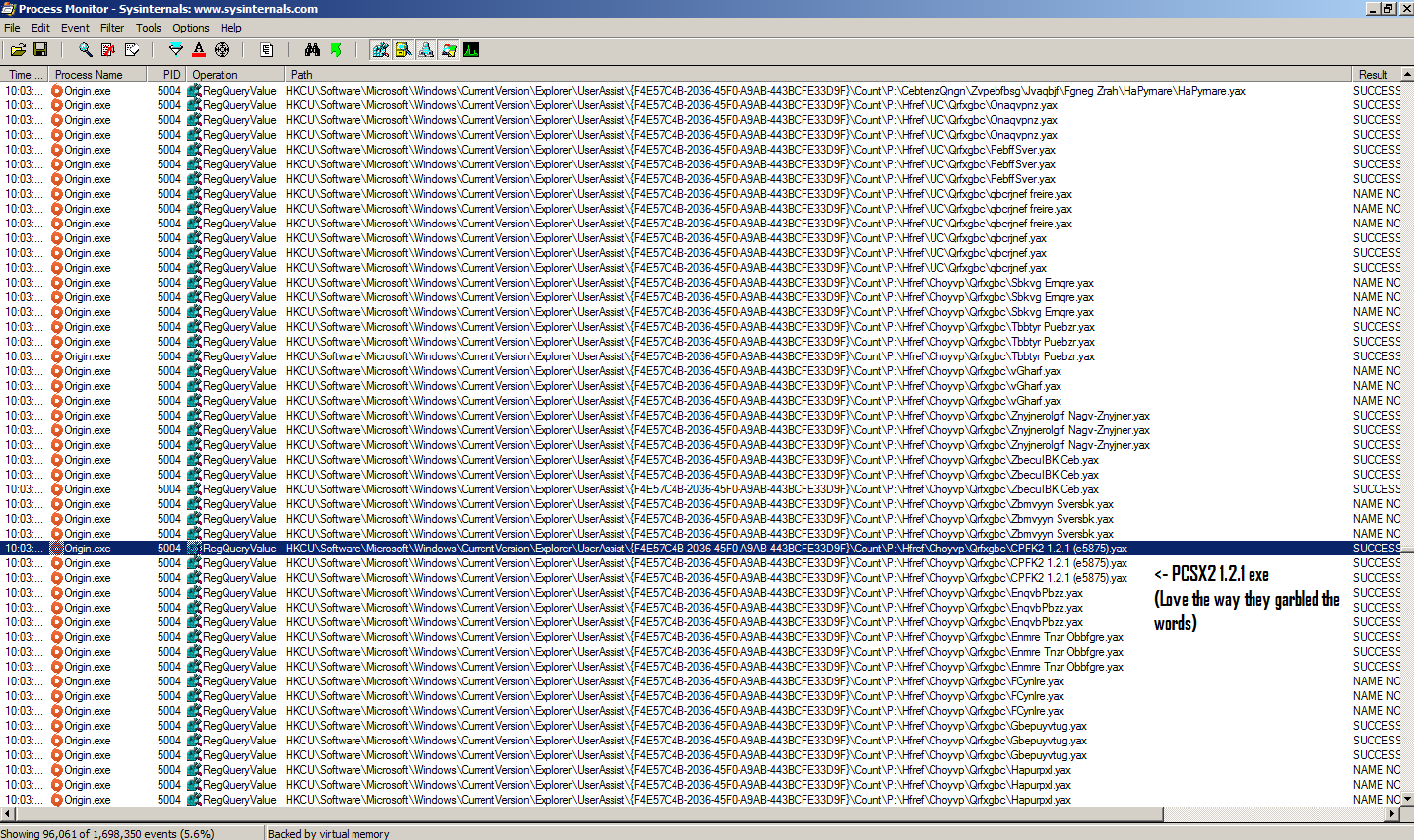 Look, I’m not completely technically illiterate, but I don’t have the knowledge to decode what I’m seeing there. Many that saw it, however, got right behind it, making claims about accessing information from various web browsers like Chrome and Firefox, as well as some iTunes data and the like.

I know it’s easy to hate EA. Their business model is one that has, in the minds of many core gamers, introduced many damaging elements into the gaming space over the years. Their slow march toward the homogenization of gameplay throughout series, their corner cutting to meet dates, the ever-present microtransaction model, it’s all put a rather sour taste in the mouth of many players. I feel, though, like these players have failed to address one of the major qualities of EA.

They’re a publisher. A business. They’re in it to make money.

They’ve got the capital to make sure developers can push out big-budget blockbuster games, and its in their best interest to make as much money as possible in the process. It happen to every company that employs or contracts creative types for their enterprises: the creative type has a vision for a great product, but can’t produce it without backing. In comes a large company willing to fund the endeavor, but with some caveats to look out for their own interests. In the end, they both want the same thing: for the product to be a success and to make money doing it.

If everyone on the planet concealed every piece of their identity online as they went about their business, it would actually be a severe problem on the marketing end of things. While companies could track the number of purchases and times, perhaps, they couldn’t know what demographic was buying their products in what locations, among plenty of other key indicators that are integral to a well-performing business. The top comment of the Reddit thread that sparked the whole thing was an uncharacteristically neutral plea to the other users that wanted to make sure as much information presented was as factual as possible, and that even a company like EA (often billed as straight-up evil) deserves the true story to be told as much as possible.

In it, user u/haekah cites a portion of the Origin terms of service that basically indicates that some snooping is going to happen. And you have to agree to those terms to use the service, so EA is fully within their legal bounds to proceed in whatever manner they see fit here. 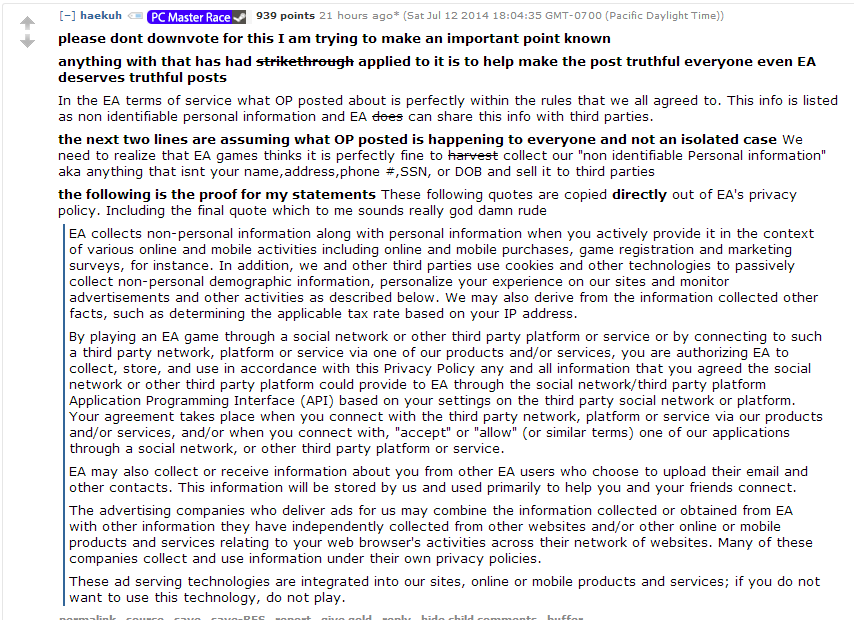 Regardless, my ire is not in any way directed at EA, and I’m only somewhat miffed by the original Reddit post. I’m honestly more upset that a random website took this information and twisted it so absolutely as to state that it was true, using such paltry evidence to support the bold claims of internet conspiracy theorists.

Certainly, there are some concerns here with what’s actually happening with EA’s Privacy Policy. It does seem shady for a company (though maybe less so for one of the biggest video game publishers on the planet) to tell your customers that if they don’t want some information collected about them, to just screw off and not use your service, rather than let people opt out of the data collection, as other companies have a tendency to do.

Look, EA isn’t my favorite either, but I’m entirely unwilling to compromise the validity of my work and writing because I want to smear a company that makes (sometimes great) video games and wants to make some money by staying up on important trends within that space. I’ll reserve my EA anger if more definitive proof that they’ve been scouring my computer for bank account numbers or stealing pictures of my dog off of my hard drive, I didn’t sign up for that.

Well…I didn’t sign up for it at all, since I don’t use Origin. But you get the idea, right?